Rabbi Tuviah Schreiber plans to use his education and musical background to engage those at Temple Beth El.

Rabbi Tuviah Schreiber claims to have a huge passion for chocolate chip cookies.

But that pales in comparison to the joy he finds in helping others see the beauty found within their Jewish faith.

Schreiber, the new rabbi at Temple Beth El of Bradenton, is hoping to bring new experiences to the congregation as they continue to practice their traditions.

Hobbies: Studying the Torah, watching slapstick comedies and going to the beach

Schreiber plans to grab his guitar to play new melodies and rhythms to the prayers and liturgy the Temple Beth El congregation has come to know and love.

“(Music) just draws people together,” Schreiber. “Music is a universal language, and there’s so many beautiful songs in Judaism where we take our liturgy and our prayers and have always traditionally put them to music. What’s exciting is a lot of young Jewish singer songwriters are putting our traditional prayers and liturgy to new melodies.”

Schreiber taught himself to play guitar when he was an elementary school teacher. He started playing music for his students and saw how it improved their engagement. He wanted to have class outside, but he knew the piano couldn’t be brought outside so he learned guitar.

“I always enjoyed working with kids,” Schreiber said. “Sharing knowledge, watching them learn and seeing when the light bulb comes on, I just love that.”

Schreiber’s favorite subject to teach was social studies because he loves history.

“It teaches us where we came from, who we are today and why we are who we are today,” Schreiber said. “Social studies was the subject that sort of encapsulated all of the past, present and future, which I think helps us determine who we are as a people.”

After years of being an elementary teacher, Schreiber became an administrator and later started working at a Jewish day school as principal.

“That’s where I got involved in Judaism more so than just on a personal level,” Schreiber said. “Not only was I going through services personally on Shabbat on the Sabbath, but I was also working Monday through Friday in a Jewish environment. It was there that I realized how much I loved not only teaching but specifically teaching the Torah.”

After 14 years in education, Schreiber decided to move out of the classroom and into a temple continuing to teach people about the Torah and the traditions of Judaism but as a pulpit rabbi.

“So much of what we do as Jews, we don’t really know why we do it necessarily,” Schreiber said. “We just do it because our parents did it, our grandparents did it, it goes all the way back to Abraham. I like to shed light on that and say, ‘Well, here’s why you’ve been doing these customs every Friday night or every Saturday morning. Let’s read in the Bible who did it and why we’re emulating that.’”

“I’m excited about meeting new people, being a part of the greater Jewish community in the Bradenton-Sarasota area and learning from new people because as much as I’m a teacher, I also learn from my students,” Schreiber said.

Schreiber has new ideas he’s excited to bring to the temple but said he needed to work with Temple Beth El leadership before sharing his ideas with others.

“Suffice to say, I’m looking forward to bringing exciting enhancements to how we celebrate Shabbat and how we gather as a community throughout the year,” Schreiber said.

Ron Eiseman, the president of Temple Beth El, hopes Schreiber will bring positive changes to the temple and that people are open to changes.

“We’re thrilled with him because his style is totally different,” Eiseman said. “He does a lot of engagement with the congregation, and he also uses technology to share new things.”

Schreiber hopes to expand the congregation’s membership, which currently is about 100 people, by creating an environment of respect and peace.

“We live in a world today where there’s so many distractions and there’s so much noise,” Schreiber said. “I see the temple as a place where people can come to and gather, where they can find love, respect and honor, a place to experience our ancient traditions with new experiences.”

Eiseman hopes a younger rabbi will attract younger families to the temple.

“We want to attract younger people that want to get their children involved in religious school,” Eiseman said. “We have ideas to do more community programs. We have plans to change everything we’re doing.”

With a bigger congregation, Eiseman hopes the temple can have its own facility. The temple currently shares the same building with Braden River Presbyterian Church.

When Schreiber isn’t studying the Torah, he’s watching slapstick comedy such as Laurel and Hardy and the Marx Brothers.

“I enjoy it because of the opportunity it gives us to just laugh and be happy because the world is filled with so much seriousness,” Schreiber said. “You get to laugh and be happy at the silliness of people and not take ourselves so seriously as well.” 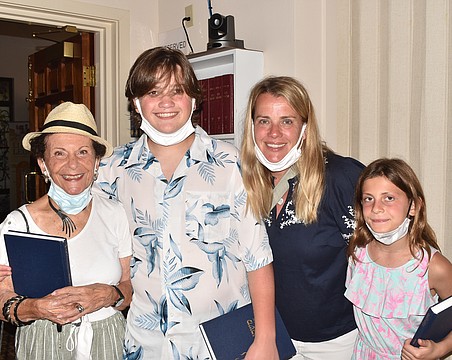 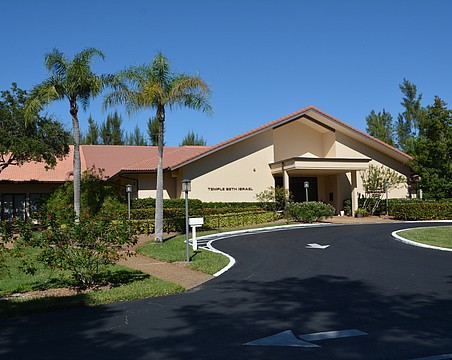 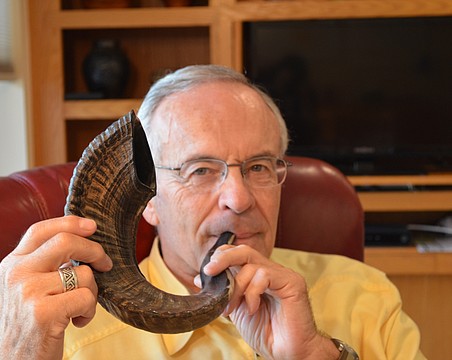 Sound of the shofar 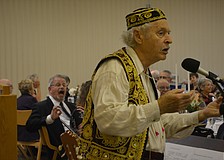 Dinner and a show — and learning: Sephardic weekend comes to Longboat temple 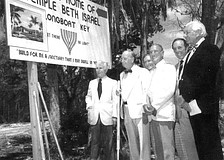 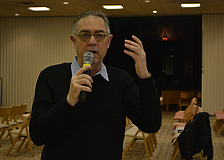 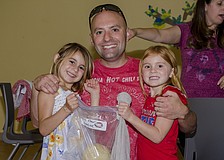 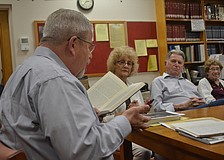