Lt. Ron Koper received the department's award for Employee of the Year.

Photo by Lauren Tronstad
Fire Marshal Jane Herrin, left, receives an award for her above and beyond service to the department.

Fire Marshal Jane Herrin, left, receives an award for her above and beyond service to the department.

Photo by Lauren Tronstad
Jason Keen, Chief Paul Dezzi and Barry Gaines. Gaines and Keen received the 2022 Chief's Award on behalf of the town's IT department.

Jason Keen, Chief Paul Dezzi and Barry Gaines. Gaines and Keen received the 2022 Chief's Award on behalf of the town's IT department.

Awards were given to those who have gone above and beyond for the department over the last year, and to individuals who have spent five, 10 or 15 years serving the barrier island town.

Fire Chief Paul Dezzi started the ceremony by recalling great things the department has done over the last year, including saving an individual from a structure fire in September at Beach Harbor Club.

Lt. Ron Koper was awarded the department's 2022 Employee of the Year Award.

"The employee of the year, this year, has done an awesome job," Dezzi said before announcing it was Koper. "The three chiefs and I agree on this person. This person came into the department with little experience in what we do and took it upon himself to go ahead and get the classes and the education that he needs to move to the next level. He proved himself on the structure fire. His communication, his direction, his follow-up, his report; he has been an awesome employee of this department."

Koper has served with the department for over seven years. He recently was promoted from firefighter/paramedic to lieutenant in October, taking the place of Alan Jenkins who celebrated his retirement the same day as Koper's promotion.

"I was very surprised," Koper said of receiving the award. "I feel honored."

Dezzi selected the town's IT department for his 2022 Chief's Award. The department is made up of Jason Keen, Dan Shtuka and Barry Gaines.

"What you guys don't realize is anytime you guys have an issue with your computer, it's IT," Dezzi said. "Security of the stations is IT. This year, I wanted to make sure we recognized IT for their efforts."

Fire Station 92 was also recognized by Firehouse Magazine for the architectural design of the station. 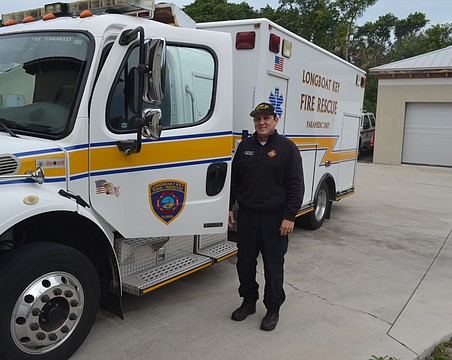 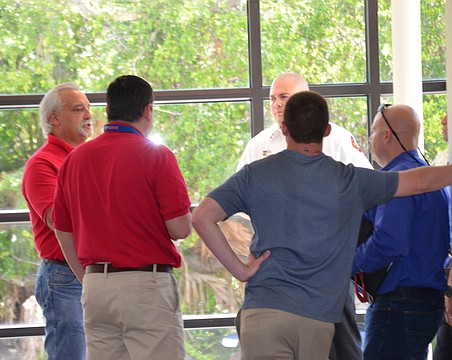 Firefighter salaries: How they compare 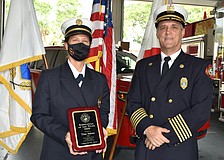 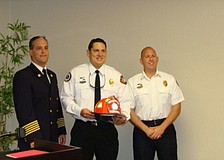 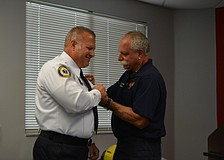 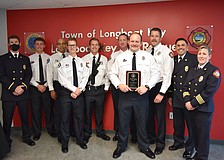