About 250 parishioners gathered in Pick Hall to mark the occasion.

Photos of the current and former priests decorate Pick Hall.

Photo by Lesley Dwyer
Dennis and Marilyn Swinteck with their daughter and grandchildren Stephanie, Michael and Max Milford.

Dennis and Marilyn Swinteck with their daughter and grandchildren Stephanie, Michael and Max Milford.

St. Mary, Star of the Sea Catholic Church has come a long way in 49 years. For one, they worship in a church with air conditioning.

Pick’s memory lives on in the dining hall which bears his name. About 250 church members gathered there on Thursday, Dec. 8 to celebrate the anniversary. In 1973, over Thanksgiving weekend, St. Mary’s was officially designated a parish. Parish Feast Day has been Dec. 8 ever since.

Father Robert Dziedziak joked that with 50 years on the horizon, 49 may not be that big of a deal, but the congregation should spend some money on themselves sometimes. He both seriously and humorously added that he’d be asking for more.

The crowd laughed and enjoyed the barbeque buffet because this group earned it through hard work and generosity. Both the women’s guild and men’s club raise money throughout the year. This year, they’ve supported hurricane relief, the Beauty Bridge Foundation, Catholic Charities and other local nonprofits.

The anniversary was a day of devotion to fun and games. The raffle prizes were decks of personalized St. Mary playing cards with pictures of the church and priests on them. Parishioners played Name That Tune, and there was even a fire truck on display, but it and the firefighters tending to it had to leave early on an emergency.

What has and will continue to stay is Father Pick’s legacy. 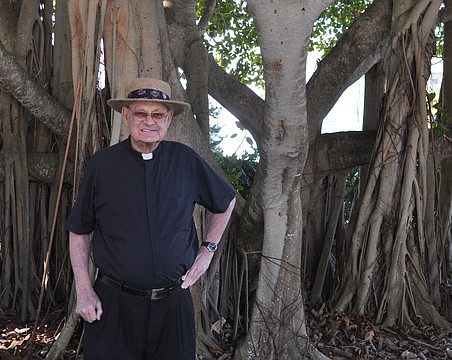 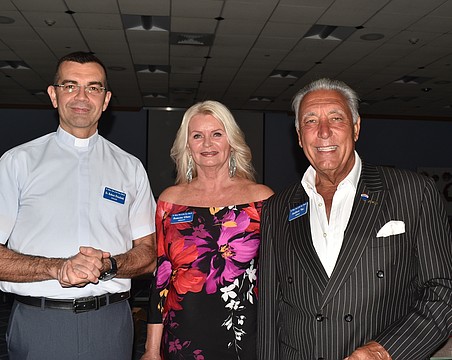 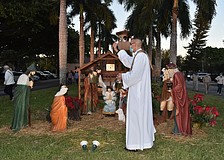 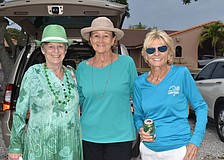 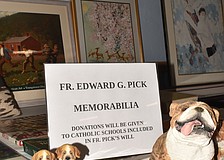 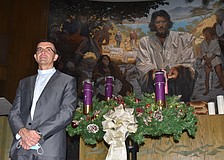 Longboat Key pastor getting to know his parish 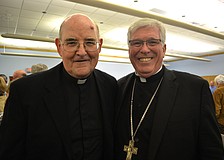