When someone asks me, “What’s the best first opera for someone to see?” I usually say, “La bohème.” It has almost everything to please and woo a first-time operagoer: beautiful music, a realistic if predictable story, glorious singing and, yes, brevity — it’s a bit less than three hours start to finish.

Since its premiere in Turin, Italy, in February 1896, it has been one of the world’s most popular and most performed operas. The American premiere occurred in October 1897 in Los Angeles, rather than New York. Puccini’s “La bohème” also appeared as a Baz Luhrmann production on Broadway in 2002 and earlier served as the inspiration and muse for Jonathan Larson’s Tony Award-winning “Rent,” which opened in 1996, as well as Luhrmann’s movie and Broadway musical “Moulin Rouge,” which is loosely based on the same plot.

Boris Goldovsky, eminent teacher, producer and mentor of many singers, directors and conductors in opera, once said, “‘La bohème’ is crafted with all the fine precision of a Swiss watch, with not an extra note or syllable to be found.”

The Sarasota Opera’s production of “La bohème,” which opened the 2020 Winter Festival Season on Feb. 8, is about as good as it gets for any operagoer — new or seasoned.

The leading roles are all strongly cast for both vocal and dramatic ability, greatly adding to the credibility of Mark Freiman’s realistic staging. William Davenport, as Rodolfo, and his love-at-first-sight partner, Anna Mandina, as Mimì, brought tears of joy and sadness in their lovely duets and arias. Mandina is a true Puccini lyric soprano with a lovely sound, and Davenport has a well-placed tenor with a ringing top voice.

Filippo Fontana is a strong-voiced and believable Marcello, and Jessica Sandidge is appropriately seductive and tempestuous as Musetta, singing her waltz song with great aplomb, loving and fighting with Marcello, then revealing her true and loving nature in the final act.

Studio artist Ricardo Rivera was effective as Schaunard, telling his story of teaching a parrot to sing, and Young Bok Kim, as Colline, was again spot-on in his beautifully sung farewell to his overcoat.

Adelmo Guidarelli was Benoit, the easily duped landlord, and Joseph Beutel was the doting, bill-paying Alcindoro. Completing the cast were apprentices Kevin Thomas Harvey as the vendor Parpignol and Jose Cuartas and William Huyler as the customs sergeant and guard.

David P. Gordon’s sets are among the most effective I’ve seen, ranging from the rather seedy but spacious artist’s garret to a busy and noisy Café Momus, to the bleak and snowy toll gate of the Barrière d’Enfer.

The sensitive and fluid lighting design of Ken Yunker completed the canvas on which Mark Freiman created beautiful stage pictures and actions with his singers, ranging from humorous to heartbreaking, which were at all times believable.

And Freiman’s handling of the huge Christmas Eve crowds in the Latin Quarter of Act 2, including children’s chorus, toy vendors and marching soldiers, was nothing short of brilliant, especially given the less-than-spacious dimensions of the Opera House stage.

Costumes were coordinated by Howard Tzvi Kaplan, who made excellent choices from the newly acquired Sarasota Opera Costume Studio, and makeup and wigs were expertly handled by Brittany V.A. Rappise.

The chorus of apprentice artists was trained to perfection by Jesse Martins, and the children’s chorus, prepared by George Hencher, never missed a beat.

All were conducted by Artistic Director Victor DeRenzi, who, to me, led his most convincing Puccini performance to date. Together with the excellent playing of the Sarasota Opera orchestra, DeRenzi’s give-and-take with the somewhat elastic tempi and phrasing of Puccini allowed singers, orchestra and the composer to shine forth as they rarely have before, all the time maintaining a steady pace throughout the evening.

Sitting in the house, enveloped by these sights and sounds, I couldn’t help but think that everyone involved was just doing their own thing well while letting Puccini tell this story in his own way, with beautiful music. It was a magical evening.

There are 12 more performances of “La bohème,” and each one deserves to be sold out. This “bohème” is a winner in every way. 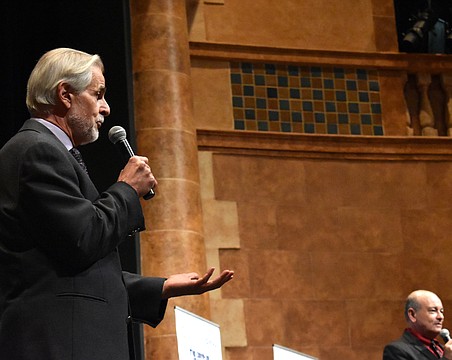 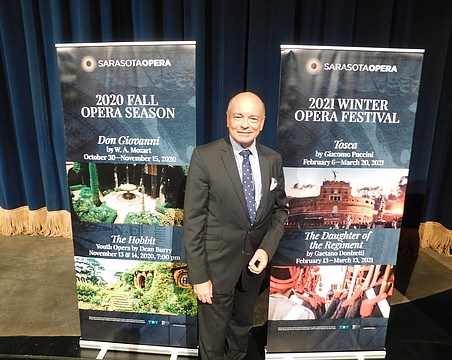 Sarasota Opera announces 2020-21 season, with 'travel' as the theme 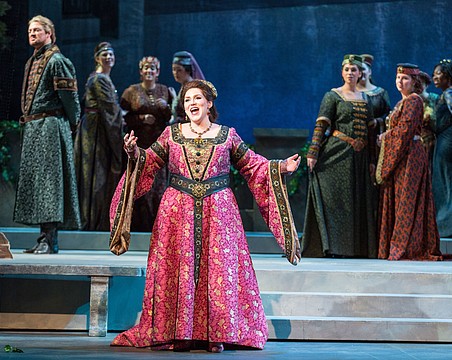 Passion, drama and patriotism in 'The Battle of Legnano' 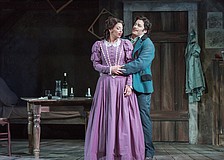 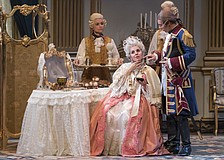 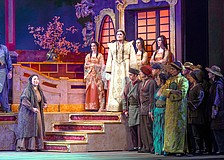 Sarasota Opera is near perfection in Giacomo Puccini's 'Turandot' 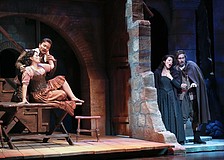 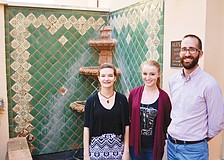