After a life of traveling, the AJC West Coast Florida Regional Director is proud to call Sarasota his home.

The idea of “home” has been a hard thing for Brian Lipton to define for most of his life.

The regional director of the American Jewish Committee West Coast Florida has lived in many places, to be sure. He was born in Hartford, Conn., and raised in Long Island before attending college in St. Louis and, eventually, London and Israel. His 20-year stint in the retail industry had him living in five states in 10 years, not to mention his time living abroad in cities such as Hong Kong.

The point is, he’s been around and seen some things. To him, home is a place of acceptance, where people embrace who you are. It’s important to him, as a gay Jewish man.

The one thing he didn’t see coming, as someone who loves trees and mountains, was finding that home in the Sunshine State.

“I never thought I’d live in Florida,” Lipton says. “It was never a dream of mine; I moved here for a job that lasted about a year.”

He quickly met his soon-to-be partner Joseph Gianguzzo and Sarasota became their place. Now, after 14 years with AJC, a global human rights organization, Lipton is happier with his home than ever before. He does good work, the kind that helps people here and in countries all over the globe.

AJC deals in promoting human relations and fighting antisemitism, supporting Israel and promoting democratic values across the world, and to ensure America doesn’t retreat from the world. He says the best way to fight antisemitism is to fight for the human rights of all people.

Lipton is just grateful he’s found an organization and place that shares his emphasis empathy and acceptance.

“(How to get along with one another) is the greatest question of our time. We need to be open to the differences of other people. We don’t want to just be tolerant of other people … we want to embrace other people’s differences. We’re stronger to have other points of view.”

Learning to Give Back

There was always a natural pull for Lipton to join the Jewish nonprofit community. His mother joined a Jewish nonprofit in Alabama after her retirement. Lipton remembers seeing this process of giving back while he was in college, something he says left a mark on him.

After a year in Bradenton, Lipton was approached by AJC members in 2006 with an offer to be the organization’s development director. He hadn’t grown up with AJC and wasn’t familiar with the group, but his partner, Gianguzzo, had admired the group’s mission and encouraged Lipton to join.

While many Sarasota organization's have a local focus, AJC West Coast Florida deals in local advocacy but operates on a global scale.

He was only in the position a year before being promoted to be regional director. The office was struggling at the time and was one of the lowest-producing locations in the country. Today, the office is ranked in the top fifth, something he credits to his team. He now also works as the AJC staff liaison for the AJC Adenauer Leadership Exchange Program in Berlin.

One program he’s particularly proud of is the Third Generation Initiative, for which he connects grandchildren of Holocaust survivors with German citizens the same age whose grandparents had been in the war. It’s a 12-day period of bridge building and understanding.

He believes the world could use some more of that, especially now. Hate crimes have been on the rise for the last three years, with more than half targeted toward people of Jewish faith.

It’s a disturbing trend, and Lipton says both AJC West Coast Florida and Sarasota’s jewish community are unsettled by the increase in antisemitism, xenophobia and white supremacy in America. But the good work still needs doing, and Lipton still has hope for the future.

“I tend to be a hopeful, glass is half-full type of person — I always have been. I think people are inherently good. I do see hope for the future. I look at our young people and I see many young people being much more accepting of diversity — different than when I was growing up — and I think that’s something to be hopeful about.” 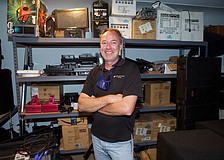 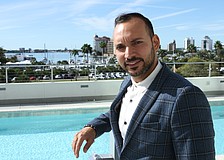 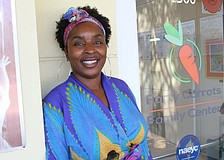 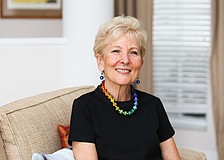 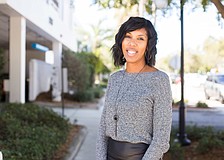