Sarasota Opera impresses in 'The Magic Flute' with return artists

The company continues its 2019 Winter Opera Festival with a revival of the Mozart classic.

Mozart’s “The Magic Flute” returned to the Sarasota Opera House Feb. 16 in a production featuring many familiar voices and an outstanding debut.

Sarasota Opera is well known for giving larger performing opportunities to former apprentice and studio artists as their abilities and careers advance. This production of “The Magic Flute” shows the fruits of such loyalty in a big way. With the exception of the High Priest Sarastro, every principal role in this production was sung by a former apprentice or studio artist, a striking achievement that few, if any other opera companies, can claim.

“The Magic Flute” can be a problematic opera to produce these days, with its heavy reliance on fantasy, Masonic-inspired ritual and a vanquished philosophy of man’s superiority and rule over women. In addition to many scenic locations, it utilizes spoken dialogue, German in this case, always a challenge for any opera singer, no matter what their status.

This production resolves almost all these issues in a grand way. Obviously one can’t and shouldn’t try to change the basic plot in which the Queen of the Night feels her daughter Pamina is a captive in the domain of Sarastro, and pleads with Prince Tamino to rescue her. The Queen and her Three Ladies turn out to be the true villains and Tamino and Pamina go through trials of fire and water to become true members of Sarastro’s world. All this is interspersed with comic relief supplied by Papageno, half-man, half-bird.

Andrew Surrena’s Prince Tamino was indeed our hero, with his lovely lyric tenor caressing every note of his aria in which he sings of Pamina’s beauty. Hanna Brammer was again in lovely voice as Pamina, living through her moments of hope, then anguish, culminating in her beautifully sung aria of sadness and despair.

Emanuel Schikaneder, who wrote the text of the opera and was the first Papageno, seemed determined that he would have enough moments of humor to balance the somber moments in the story, and Matthew Hanscom was certainly up to that task. His was an almost buffoonish Papageno, alternately a man and coward, who always seemed to want the easy way out, and his burly baritone rang true in his two audience-pleasing arias.

The role of Queen of the Night is relatively short and one dimensional, but it contains two of the most challenging arias in opera, each one threatening the range and accuracy of any soprano. Alexandra Batsios tossed them off, and she negotiated the high flying coloratura in both arias with sniper-like accuracy and pitch.

Bass Brian Kontes was the regal Sarastro, ruling over his followers with wisdom and a robust voice of bright timbre. On opening night however, his lower voice was weak and underpowered, clouding the sheen and grandeur of his overall performance.

The Queen’s Three Ladies, Catherine Swindle, Nicole Woodward and Annie Chester, brought life, humor and personality to their roles, with Valkyrie-like poses with their spears, and teasing and romancing of Tamino. The Three Young Spirits were sung by Ashley Lewis, Geneviéve Dilan and Mia Freeman, all members of the Sarasota Youth Opera, again showing the artistic depth in this company.

John Kun Park was a fine Monastatos, giving the Moor more of a personality than the racial caricature one usually sees in this role.

All the minor roles were well sung and performed, and Roger Bingaman’s chorus once more showed the care and depth of their preparation.

Director Mark Freiman, himself a former comprimario with Sarasota Opera, forged new life into his characters and the entire production, which in this opera could easily become a mere parade of scenes and situations.

The settings by Troy Hourie date from the opera’s 2004 production and consist mainly of painted drops and set pieces, understandable in this opera of many locations. They could appear a bit dull and tired, but Ken Yunker’s fluid lighting and effects give them an almost new appeal, along with Howard Tzvi Kaplan’s costumes.

Huge bouquets should be awarded to German diction coach Bobby Garibaldi-Sanders, for the authentic and outstanding diction and delivery of both sung and spoken German in this production, some of the best I’ve ever heard. Usually when singers are given spoken dialogue, especially in a foreign language, it seems stilted and artificial. These singers sang and spoke their German as if it were their first language.

For me the outstanding performance of the evening was from Youth Opera Conductor Jesse Martins, in a brilliant debut. For several years now, he has coached the youth opera and conducted its annual productions, but this is his first production with the main company. Never overbalancing the singers, he both led and accompanied them beautifully with a good understanding of Mozart’s style, never missing a cue in a score rife with pitfalls for any conductor. Let’s hope he receives other such opportunities in the future.

Yes, what could have been merely a reunion production, with all the returning company members, has produced much more than that — a cohesive, well-sung and well-acted opera of which the company can be proud.

For its 60th anniversary, the opera has selected at least three challenging operas to sing and produce. The first two, “Turandot” and “The Magic Flute,” have succeeded mightily, with “Nabucco” in the wings. For the Sarasota Opera, it is a  good year. 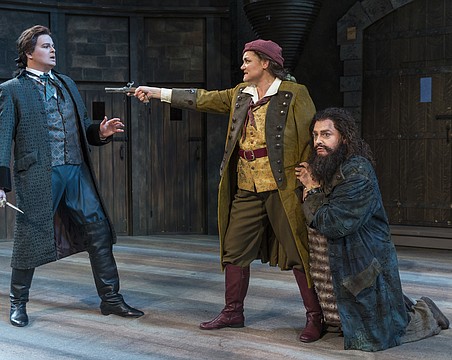 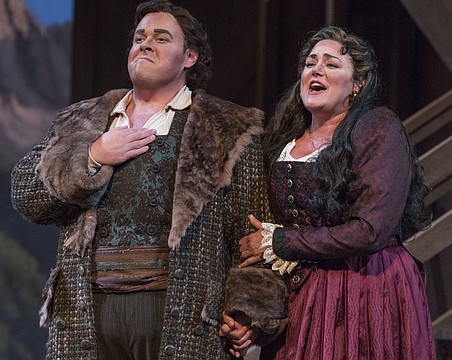 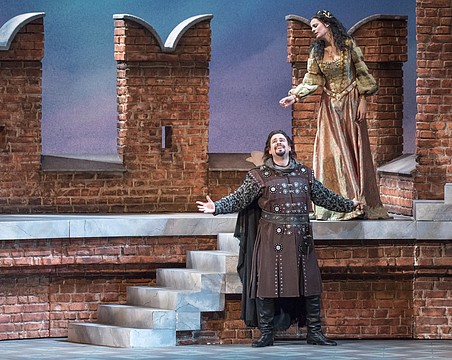 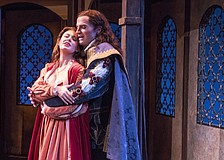 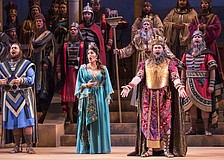 Sarasota Opera chorus shines as bright as principals in 'Nabucco' 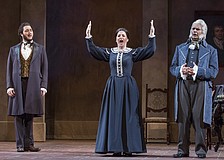 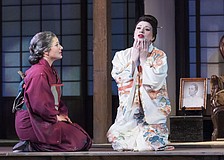