Director-writer Noah Baumbach once again tackles the subject of divorce in his new film, "Marriage Story." Known for being adept at dissecting family dynamics, he pulls out all the stops in this heartbreaking, brilliant piece of filmmaking.

In the opening sequence, a married couple, Charlie (Adam Driver) and Nicole (Scarlett Johansson), exalt one another from prepared lists to their marriage counselor. And we're left wondering why they're even considering a divorce.

Nicole and Charlie are both in show business. He's an up-and-coming theater director/playwright while she's an actor who stars in his New York theater company. After ten years of being married, Nicole feels as though she has lost her identity by feeding Charlie's "aliveness." When she's offered a role in a TV show back in her home town of Los Angeles, Nicole is more than eager to leave New York with their son, Henry. Charlie is devastated.

Custody of Henry soon becomes an issue and Nicole is urged to hire a high-powered attorney (a sassy, sexy Laura Dern) who enjoys going for the jugular. Nicole emphasizes the fact that she just wants to remain friends with Charlie. But when he's forced to retain legal counsel (smarmy Ray Liotta), their relationship soon spirals from civil to contentious.

Baumbach ("The Squid and the Whale") knows the territory of that which he is chronicling in this powerful film. It is based on his divorce from actor Jennifer Jason Leigh and told from a very personal perspective. But he insists that it is not autobiographical. He and some of his actors conducted research into what makes Charlie and Nicole tick via friends, therapists and attorneys. The result of doing so provides a real feel for his characters and their dilemmas.

His choice of casting Johansson and Driver was made prior to the script being completed. His vision was pure genius. Both actors have never been better. Their performances are raw and unadulterated. We really develop a deep, emotional attachment to these characters and the plight they're forced to navigate. Dern, Liotta and a surprise turn from Alan Alda as a kindhearted lawyer, are also outstanding.

At the end of "Marriage Story," Henry finds Nicole's list of what she wrote about Charlie at the onset of the film. As he reads it aloud, Charlie is listening. The range of emotion that comes over his face is so telling. They truly loved each other but have moved on and in a positive direction. 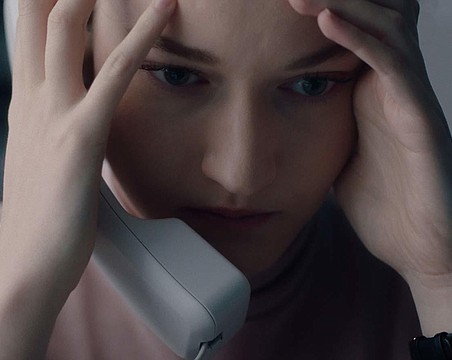 'The Assistant' is uncomfortable to watch, and that's its point