Asolo Conservatory's 21st-century 'Tempest' is magical in its own right

FSU/Asolo Conservatory for Actor Training ’s touring production of “The Tempest” is a brave new world.

The Asolo Conservatory recently launched a condensed adaptation of Shakespeare’s “The Tempest” at the FSU Center for the Performing Arts. After the Sarasota premiere, the production will tour through Florida high schools and performing arts venues, with a cast of the conservatory’s third-year acting students. Students are also the target audience. Celine Rosenthal and Tyler Dobrowsky designed their 45-minute distillation of the Bard’s original play to be a gateway to Shakespeare for Florida's youth.

The “student matinee” on Sept. 26 was packed with enthusiastic young people from across the area. Based on a show of hands, it was the first experience of a live Shakespearean performance for many of them.

Here’s my take, based on the matinee performance:

Script: Rosenthal and Dobrowsky do a brave job adapting the source material. Their reimagined script is more of a commentary on the original than a faithful adaptation/condensation. Aside from trimming the run time, their most obvious change is making most of the lead characters female. That gender reversal subtly changes the power dynamic. If you know the play, it makes you aware of the implications of the original. If you don’t, their modified story stands on its own.

Aside from the gender changes, the core story is condensed, but unchanged. The play’s heart is the tension between mercy and grace. Shakespeare was perennially obsessed with usurpers and pretenders. (Satan, after all, tried to depose God from his throne in the original original sin.) Here, Prospera was Milan’s rightful authority; her brother deposed her. Now, thanks to her magic powers, the dispossessed Prospera gets her enemies in her power on an uncharted island. Instead of “Game of Thrones”-style slaughter, she ultimately takes the path of forgiveness. The script also makes the brutish Caliban an indigenous inhabitant of the island. (A sympathetic female character — and dispossessed in her own right.) Instead of breaking her staff at the play’s end, Prospera returns it to its rightful owner — Caliban.

Direction: Rosenthal takes a fever dream approach. This isn’t a lugubrious cavalcade of speeches. It’s more like Alice’s pell-mell journey down the rabbit hole to Wonderland. The shipwreck survivors wake up on a magic island where daytime logic doesn’t work anymore.

Costumes: Loren Shaw takes a traditional approach — but thinks outside the box of Western traditions. She dresses the shipwreck survivors in the slickers and tattered garb you’d expect from a Mediterranean city-state. But Prospera’s garb evokes the shamans of Western Africa. Caliban’s tattoos and tatters have the look of an exiled Maori warrior.

Movement: Leymis Bolaños Wilmott’s choreography is fluid and specific to each character. Her approach is elemental in the three main characters. Ariel seems made of wind; Prospera is fire; Caliban is earth. The cast as a whole does a fine job miming the storm-tossed refugees caught in a storm when the play begins.

Acting highlights: DeAnna Wright’s Prospera is a fierce force of nature — or supernature. She’s less of a bully than her male doppelganger. Sara Linares does compelling physical acting as Caliban. Her character’s low to the ground, and walks upright only when she has to. Olivia Osol is suitably breezy as the airy spirit, Ariel. She seems weightless and woven of winds.

Verdict: The play’s no substitute for the original — it isn’t meant to be. It evokes the magic of Shakespeare’s original, but conjures a spell of its own. The students in the audience had a great time. Something tells me this isn’t the last time they’ll surrender to the Bard’s enchantments. 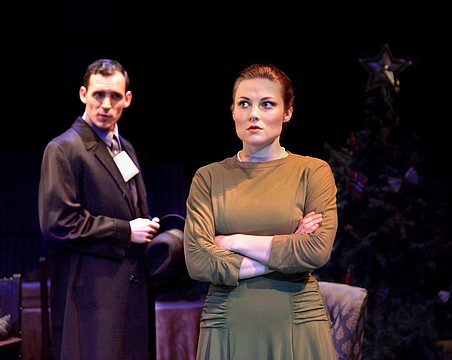 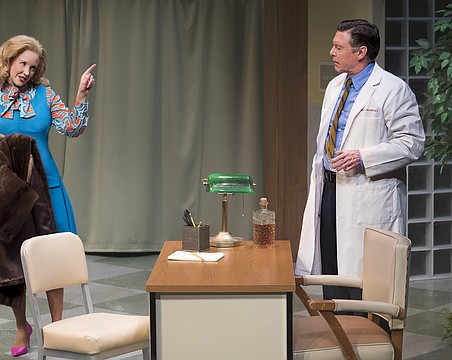 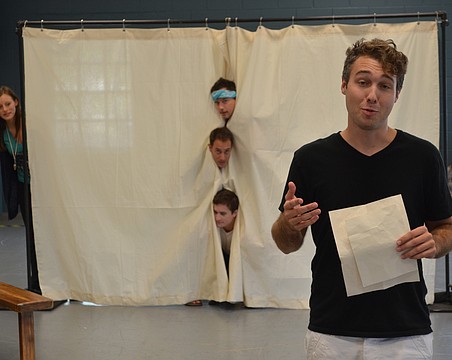 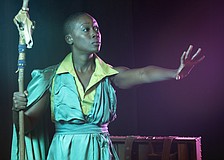 Asolo Rep and conservatory adapt Shakespeare's 'The Tempest' for today 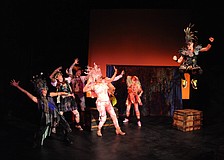 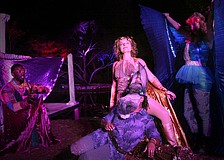 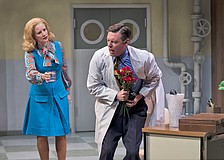 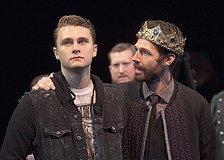