The classic children's tale gets a modern makeover in this world premiere production by Rick Miller and Craig Francis.

“Jungle Book” is now playing at the FSU Center for Performing Arts.

Rudyard Kipling’s jungle fantasy has seen umpteen adaptations. You’ve probably seen a few, but you’ve never seen anything like this.

Kipling’s original novel tells the story of Mowgli, an Indian child raised by wolves. Those wolves get child-rearing assistance from Baloo (a bear) and Bagheera (a black panther). Together, they teach Mowgli the “Law of the Jungle,” which is on a par with the Justinian Code.

Francis and Miller’s stage production is more extrapolation than adaptation. They transplant Kipling’s sub-continental jungle to the 21st century, and follow Mowgli’s fate after he returns to human civilization. The bright lad grows up to be an architect and moves to New York City, where the urban jungle plays with his mind. Loss of habitat, climate change and cruelty to animals (elephants especially) are also on his mind.

There’s an obvious ecological subtext. Or make that text — period. From an adult perspective, the show’s a tad didactic. But it’s designed for young minds. The show wears its message on its sleeve. Its creators want kids to get the point. Subtlety isn’t their goal. But fun is also the goal. The message never gets in the way of the fun, as it occasionally did in last year’s production of “Twenty Thousand Leagues.”

This year’s multimedia mind trip feels like a large-cast production. Surprisingly, there are only four actors.

Levin Valayil is charismatic in the lead role of Mowgli. He’s got a big brain and a heart to match. The character can’t contain his love of life. It spills out and floods the auditorium. His zeal is contagious by design. It’s all about pumping up enthusiasm for animals and Planet Earth. That could feel forced and corny if done badly, but Valayil does it well.

The other actors play multiple roles. Standouts include: Matt Lacas’ out-of-shape Baloo, (who could be a slacker from a Seth Rogen movie if he wasn’t a bear); Miriam Fernandes’ predatory puppetry as Shere Khan (the tiger) and Kaa (the python) and her lovable, in-the-flesh portrayal of Maya, Mowgli’s human sister; and Anita Majumdar’s quiet wisdom as Bagheera, and Messua, Mowgli’s human mother — a puppet and a person, respectively.

It all adds up to a great show, one that reminds you what a great storyteller Kipling was. With all of its technological wizardry, this intelligent production’s still built on the strong foundation of Kipling’s original tales. Those tales could be terrifying. (“The Jungle Book” starts with a lost baby in the jungle. Shere Khan remains determined to eat that baby. Kaa actually does eat the naughty monkeys.)

But this reimagining strikes a nice balance between fear and fun. The puppets are stylized, with visible puppeteers. The performers dance around the violence. Literally. (I’m happy to report, this approach succeeds.

Kids in the audience get excited. But none run out screaming in terror.) The adapters also deftly integrate Kipling’s “If” and “How Fear Came,” the just-so story from “The Second Jungle Book.”

For all of its ecological editorializing, the show keeps faith with Kipling’s spirit. Its Save-the-Earth message never feels like a tacked-on bumper sticker. Kipling loved animals, after all. In his original novel, animals were people, too. (Although he seemed to have had a thing against spider monkeys.)

“Jungle Book” feels like stepping inside a beautifully illustrated children’s storybook. It’s a magical experience. The lesson is obvious. But it never spoils the magic.

“Jungle Book” is a co-production of Kidoons, WYRD Productions and the 20K Collective. 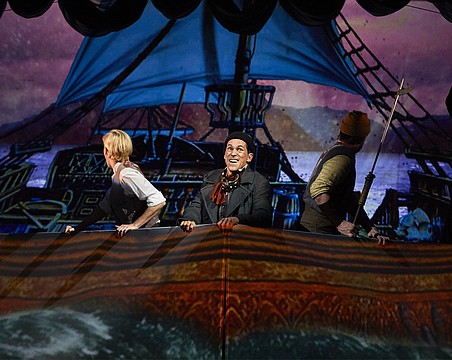 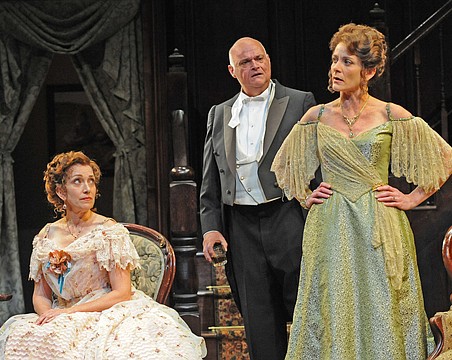 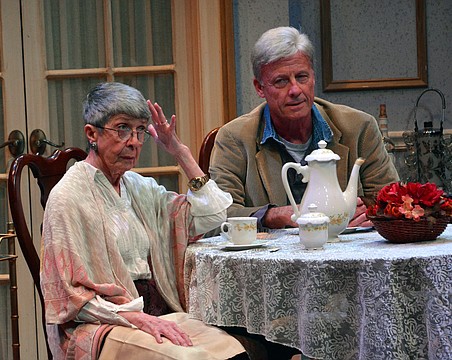 An American in Paris: Part Deux 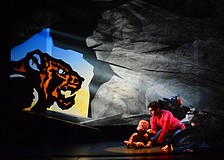 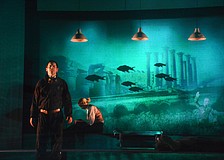 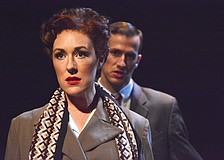 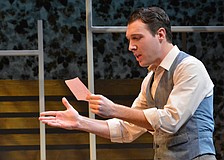 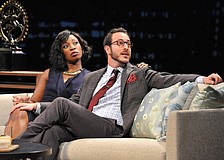