If you think of the impressionist paintings of Gauguin, Seurat, Monet and Manet, then you would be in the right frame of mind for the just concluded series of Masterworks 4 concerts of the Sarasota Orchestra, which were given the theme of “Impressions.”

Music Director Anu Tali and the Sarasota Orchestra, together with piano soloist Andrew von Oeyen, gave us a program featuring two great French impressionist composers and one Polish pianist/composer whose soul and music reflect an affinity for his soon-to-be-adopted country, France.

The concert opened with the “Pavanne pour une infante défunte” by Maurice Ravel, who chose the title more for his love of alliteration (in French) than any reference to a dead princess. Written first for piano and then orchestrated by Ravel, it is a brief but sensitive piece which pays tribute to that slow and elegant dance with simple but beautiful themes and orchestration. The rich sound of the Sarasota Orchestra strings, moving through Ravel’s  structure of parallel block chords and harmonies, supported the haunting melody known to almost everyone.

Fryderyk Chopin was not yet 20 when he wrote his Piano Concerto in F minor, but his innate sense of lyricism and melody was already evident.  This concerto, although written earlier, was published after his more popular Concerto in E minor, so it has always been referred to as his second concerto. The soloist was award-winning pianist Andrew von Oeyen, marking his first appearance with the orchestra.

Von Oeyen is both tall and lanky, which in no way reflects the amount of his talent or affinity for Chopin’s lyric style. With an abundance of technique, he gave a wonderful performance of this sometimes underrated concerto. Rather than stressing classical structure in style, Chopin chose to write the piece as a virtuoso turn, in which the pianist gave us everything the composer asked for. The second movement was an extended nocturne with von Oeyen at one with Chopin’s lovely melodies, each section seeming more romantic than the preceding one.

The concerto’s finale was a thicket of technical bravura, complete with runs of double thirds, always a pianist’s nemesis, yet he performed them with such apparent ease they seemed mere child’s play.

His enthusiastic audience was rewarded with an encore of von Oeyen’s transcription of the Meditation from Massenet’s opera “Thais,” which was played with simplicity and inherent beauty.

Tali ended the concert with Debussy’s “La Mer,” three sketches on the waves, the wind and the sea. This work is scored for a large orchestra, using full woodwinds, including contrabassoon, cornets augmenting the trumpets, two harps and an expanded cello section (I counted 14!) All these extras bring to the fore the full thrust and ambiguity of French impressionism at its height, and the section featuring all the celli was simply gorgeous.

Rather than actually depicting the sea, Debussy uses his best techniques of harmony, melody and especially orchestration to apply suggestion and subtlety to this portrait of the sea and its dialogues with the wind, the waves and the storms.

“La Mer” presents a complicated orchestral structure and certainly pushes the abilities of both orchestra and conductor to the limits.  Happily, Tali and the Sarasota Orchestra succeeded in not only surmounting these technical waves, but by presenting all present with a wonderful performance of this seminal piece of impressionism.

They were rewarded with a well deserved ovation, and then, showing their thanks, played a lovely and fitting encore, “The Enchanted Garden” from the “Mother Goose Suite” of Maurice Ravel.  An enchanting afternoon, indeed. 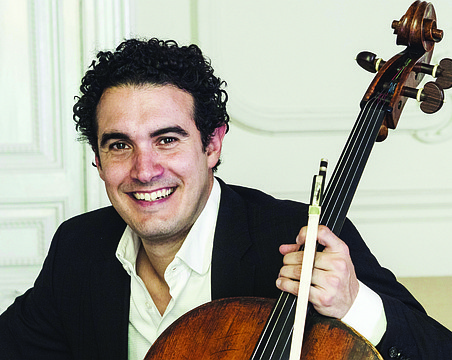 Masterworks 1 is an orchestral triumph 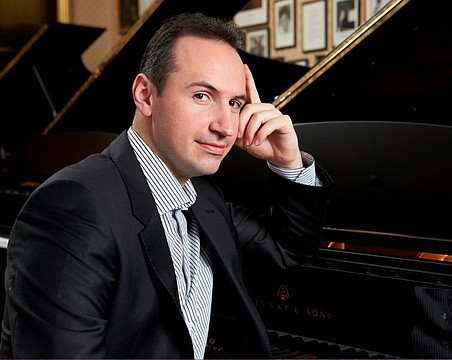 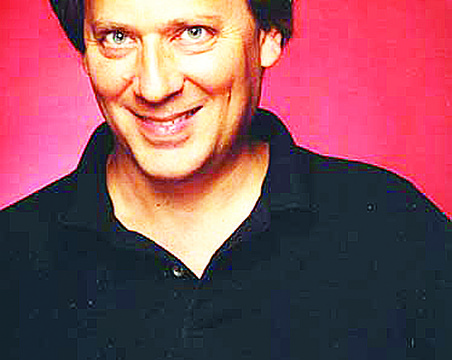 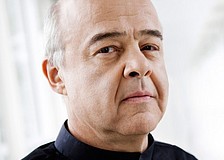 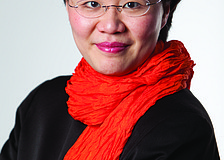 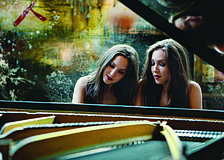 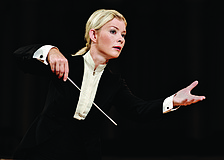 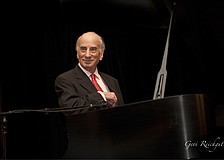