Zooming in on local filmmakers at the 2018 Sarasota Film Festival

SFF is celebrating its 20th anniversary by refocusing on independent — especially local — filmmakers.

Kathryn Parks is a modern queen of time management.

By day, Parks works as a communications specialist at Michael Saunders & Co. But since summer 2016, she has spent a great deal of her time outside the office writing, producing and starring in her first original short film.

Parks’ work, “50 Words,” is one of eight films in the Shorts 11: Florida Showcase at the 2018 Sarasota Film Festival. Cast, set and shot in Sarasota, the 28-minute film is Parks’ attempt to give both herself and her fellow local actors an opportunity to perform in front of a camera rather than a live audience.

“When I was growing up, I always wanted to act on camera, and there are not a wealth of opportunities to do that (here),” she says, referencing the wide range of live theater options available instead. “There’s so many talented people here, and I think they’re underutilized.”

So, she decided to do something about it. Parks spent the past few years going to the film festival and getting to know the filmmakers behind the Florida shorts — just the inspiration she needed to create her own film.

The idea to make a romantic comedy came to her in 2016 when a close friend asked Parks to give a speech at her wedding. To prepare, Parks sat down with the engaged couple and learned their whole love story. While hearing what it was like falling for someone through online dating, Parks came to realize how hard dating in Sarasota would be if she weren’t happily married.

She laughed at one of the first thoughts that came to mind until she realized it was the perfect idea for a film. She could write her cast bio for the next production she’s in as a personal ad seeking the perfect match from the audience.

By summer 2016, Parks had written her first screenplay.

“To Kathryn’s credit, she wrote a three-act script,” says Director Mark Palmer. “There’s conflict, you get to know the characters and then a resolution. It’s more than a little hooky short … if I had a full 90 minutes I would have made you cry, but I only had 27, so you’ll almost cry.”

Palmer is the president of local videography company Mars Vision Productions, and he connected with Parks through several projects for Michael Saunders & Co. The pair always had a great working relationship, Parks says, so she was confident he would be the right person to partner with on the film.

Once the script went through several drafts — all of which were edited by Parks’ mother, a former singer and actress herself — it was time to cast the film. Parks has starred in several Venice Theatre, Players Centre for the Performing Arts, Asolo Rep and other local productions, so she wrote the main character based on her own experience as a performer in Sarasota (thus casting herself as the lead, Lilly Green).

Two decades ago, Sarasota Film Festival was a new three-day film festival. Now, the festival is 10 days long and is one of the largest regional festivals in the country.

But this didn’t come easy. Asked the significance of this 20th anniversary, SFF Chairman and President Mark Famiglio thinks back to 2008, the year that could have been the festival’s last.

SFF took such a hit during the financial crisis that it now operates at 25% of what the budget was in 2008, he says. And it shows.

“So we rely on the locals and volunteers to do a lot of work, and it’s truly an effort of passion,” he says. “It’s done by understaffed, overworked and underpaid people ... they’re exhibiting their passion.”

The anniversary festivities include a new 20-Hour Film Contest, an Out of this World anniversary cocktail party and a Chillounge Night Closing Night Party featuring Brazilian dancers and drummers in an upscale outdoor club setting.

One of the biggest changes for the festival is the loss of several theaters at Regal Hollywood 20 (now Hollywood Stadium 11). To make up for this loss, SFF partnered with Art Ovation Hotel to host several film screenings and events.

But the biggest change is the number of films. SFF is screening more than 200 films this year, which Famiglio says is its most ever.

As for the rest of the 24 featured parts, Parks wrote the screenplay with several people in mind. She’s been familiar with the local talent pool for quite some time, she says, and was lucky that everyone she asked was interested and available. The result was a cast of 100% local actors.

“I knew we didn’t need to go outside Sarasota,” Parks says. “We have it all here.”

The team only did a few screen tests and one audition, the latter with supporting actor Michael Rischer. As Parks put it, this was because she didn’t know any “tall, dark and handsome men with an accent” in Sarasota.

Locals Charles Logan and Craig Weiskerger, the main male actors playing opposite Parks, didn’t have any experience acting on camera before “50 Words.” But come Sunday, April 15, Logan, Weiskerger and several other cast members will make their big-screen debut.

The film was shot over the course of three months between October and December 2016, but because everyone was doing the film on a volunteer basis and had day jobs, they could only shoot at night and on weekends.

Every scene was shot in Sarasota, utilizing locations including the Players Centre for Performing Arts, Starlite Room, Clever Cup Coffee Shop, Florida Studio Theatre and Rosemary Court Yoga. Parks had personal connections at each of the locations and credits these friends for making the film a true community effort.

One of the biggest challenges, Parks and Palmer agree, was how to get an audience shot with 27 actors. The solution came from another theater connection of Parks’. The Players Centre let the group film during a preview night for its production of “Gypsy,” which brought in 60-some extras. The cast and crew called up everyone they could think of to help fill the remaining seats, bringing the total number of people in the film to roughly 100.

After 13 days of shooting scheduled around full-time jobs, theater rehearsal schedules, families and a pregnancy, Parks, Palmer and co-producer Jamie Lee Burtum wrapped. Next up was a year-long editing process with editor Joey Durango involving long nights about once a week, piecing together shots and original music to create 27 minutes and 34 seconds of a completely local and original film.

Parks already has an idea for her next short, which she hopes to get more funding for than she did for “50 Words.” This year’s film began with zero funding but later raised $3,500 from a crowdsourcing campaign.

“We had some very generous people contribute a little money here and there, and we also put a lot of our own money into it,” Parks says. “The budget was under $9,000, and I think what we could accomplish with a little bit more than that would be even greater.”

Palmer says this project started out as an idea: What would happen if you got a bunch of theater people together to make a short film? The result, he believes, shows the breadth and scope of all the people involved — a huge accomplishment.

Now, he hopes the film (the longest narrative he’s ever done) can serve as a stepping stone for future similar projects.

If it gets picked up for other film festivals across the nation, Parks hopes it can also bring a little spotlight to Sarasota at large — beyond just the art community.

“I just want people to see what our community can do if we come together to achieve something artistic,” she says. “And for people to walk away from it feeling good.”

These are just a few of the films in the festival that feature local filmmakers, actors and/or sets from Sarasota.

‘Sarasota Orchestra: A Week in the Life’

This 12-minute short follows the Sarasota Orchestra production team to show what it takes to manage a professional orchestral group on the move during a week of out-of-town concerts.

‘A Frenchman in Florida’

When two young girls disappear, Sarasota detectives suspect a mysterious Frenchman hiding in a motel bathroom might be involved.

Sarasota native and now Brooklyn dweller Mitchell Zemil met experimental band Teach Me Equals at last year’s festival. Soon after, the trio decided to partner to make a music video for the band’s song “Fix History.” This piece (Zemil’s third to screen at SFF) is an animated short that follows the symbolic journey of a feral woman who finds an abstract, magnetic energy in the woods. After being essentially hypnotized by it, it overwhelms her before she is aware of its true strength and consequently must try to escape it. Zemil says his inspiration for the piece was the current state of the environment and how, by stepping away from our more natural way of living and turning to modernization instead, we’ve caused ourselves a slew of problems that are constantly adding up. The song “Fix History” will be formally released May 25. 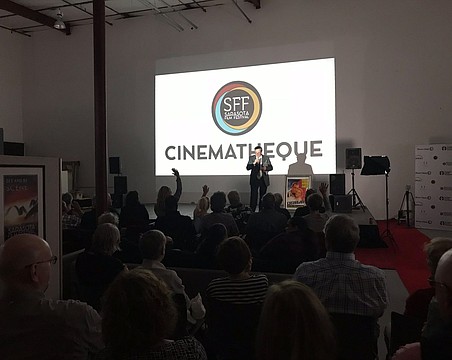 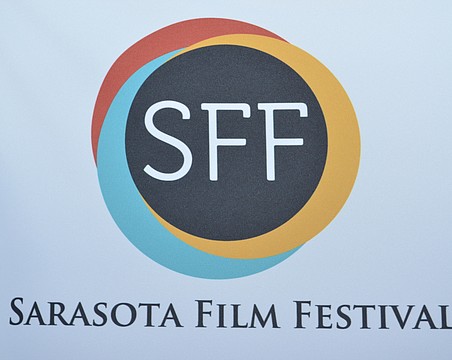 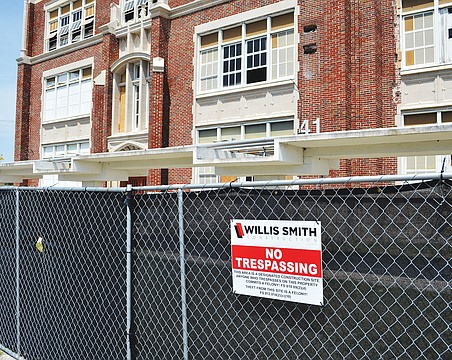 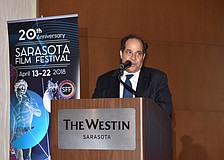 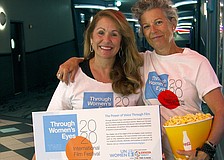 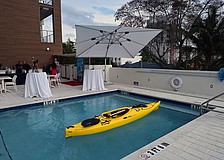 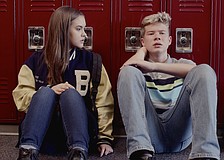 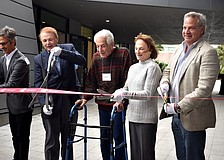