The Greatest Generation has some great stories; not all of them are well known.

Consider the Seventh Army Symphony (aka “Uncle Sam’s Orchestra”). According to Edward Alley: “We were the greatest symphony orchestra nobody ever heard of.”

Alley speaks from experience as a former Seventh Army Symphony conductor. He remembers the orchestra’s story in crystal clear detail. Let’s start with its unlikely origins. Why exactly would General Patton’s former army launch a symphony orchestra in the heart of occupied Germany?

“In two words: public relations,” Alley says. And then he sets the scene.

The year was 1952, the place Europe. The wounds of World War II had not yet healed; the chill of the Cold War was still fresh in the air. America’s troops were right in the thick of it, making the transition from occupying forces to NATO partners.

“It was a wild and wooly time,” Alley recalls. “Our soldiers had a reputation for drinking, carrying on and chasing fräuleins. The Army was looking for a way to show America’s civilized side.”

They found it when conductor Samuel Adler put together an ad hoc orchestra to perform Handel’s Messiah in a suburb of Mannheim. The performance was a big hit with German civilians — and American officers noticed.

“In true Army tradition, they called Sam in and said, ‘That was great. Can you do it again next week?’” says Alley.

Adler did. And before long, the officers decided to keep the orchestra going.

The United States Seventh Army Orchestra was born — a full-time professional orchestra based in Stuttgart, Germany. From 1952 to 1962, it was on a never-ending tour. The orchestra played in the major cities of every NATO country in Europe, but didn’t ignore the smaller rural communities around them. They were regulars in the opera pits in festivals in Bayreuth, Oberammergau and other locations. European radio and TV stations loved them. So did the Armed Forces Network.

Where did the musicians come from?

“I’ll give you another two-word answer,” says Alley. “The draft.”

Word had gotten out about Uncle Sam’s orchestra to young musicians of draft age. Graduates of the nation’s finest music schools and programs applied. After a rigorous audition process, only the finest were accepted.

Alley was one of them — in 1958, a recent graduate of North Texas State University with a master’s degree in conducting and music theory.

But he only found out about the orchestra during basic training. He’d already enlisted for counter-intelligence work. Once he knew that Uncle Sam’s Orchestra existed, he immediately sent in a written application. Two days before he was scheduled to begin intelligence training, the sergeant major called him into his office. As Alley recalls, his superior gave him a puzzled look.

“I don’t know what this is, Private Alley, but I’ve got orders to send you to Germany for some sympathy band.”

With a straight face, Alley replied, “Whatever my country wants me to do, sir.”

Outside, he cheered. Silently.

Alley’s application listed “bass player.” Once stationed in Germany, he auditioned for conductor, in competition with five others.

Photographers appeared. For a few seconds, Alley was on top of the world. Then a young man came up and said, “Excuse me sir. Your first concert is next Thursday, and then you go on tour. We need all your programs for next month.”

“That brought me down to earth pretty quickly,” says Alley.

Tickets: $10. Available at door or online.

Alley was made acting sergeant, and later full sergeant, and hit the road with the orchestra, traveling by bus and rail across a still-devastated Germany and beyond. Uncle Sam’s Orchestra filled the air with music in Hamburg, Stuttgart, Munich, Rome, London, Athens — and towns whose name nobody ever heard of.

“People loved us,” says Alley. “It was absolutely thrilling.” He felt his biggest thrill at the 1958 World’s Fair in Brussels. “We were there with the New York City Opera and the Julliard Orchestra,” he says. “We played three concerts, and we held our own.”

Uncle Sam’s Orchestra was disbanded in 1962. The Cold War was now a hard freeze, and a touring military orchestra felt like a luxury to the military brass.

Its alumni went on to stellar careers. Its musicians took top chairs at our nation’s leading orchestras, which were often conducted by Seventh Army Orchestra veterans, like Henry Lewis and Kenneth Schermerhorn. Alley himself went on to conduct the Goldovsky Opera before entering a career in music administration.

Quite a track record. Alley’s only regret?

“We never played in the United States,” he says. “Time Magazine compared us to the best orchestra in Europe. The irony is, we never played outside Europe.”

A minor regret, compared to helping rebuild American relations in Europe after World War II. Alley notes that Eisenhower regarded the Seventh Army Orchestra as a major factor in building bridges and healing old wounds. That sounds serious. Alley smiles, and says it wasn’t always serious. He notes that the life of Uncle Sam’s Orchestra could resemble an episode of “M*A*S*H” from time to time.

“We worked hard and we played hard, but we never forgot the mission,” he says. “We were ambassadors — a living demonstration of the level of American culture. The idea was to touch hearts and minds. That was our job, and we did it.”

The timing couldn’t be better, for 22 Seventh Army Symphony are coming to Sarasota for a reunion this week.

“At 80, I’m one of the youngest surviving members of the orchestra,” Alley says. “They’re a great bunch of guys. I can’t wait to get together with the gang again.” 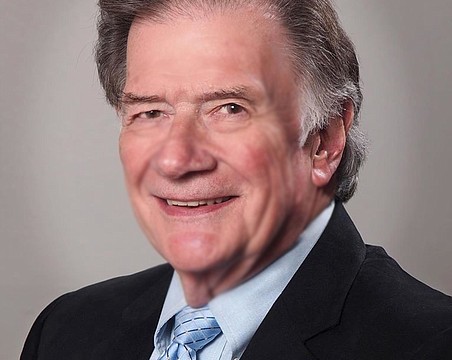 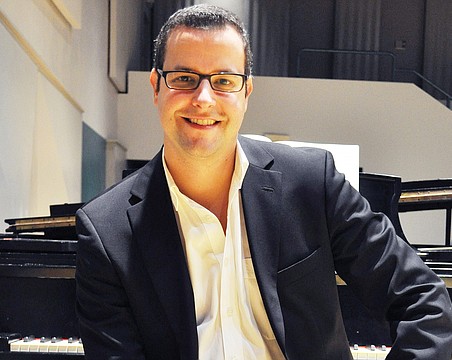 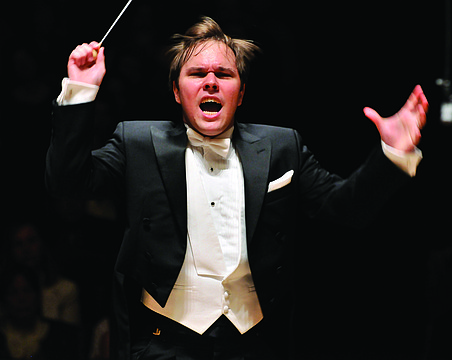 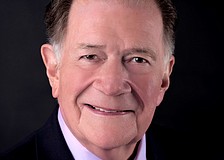 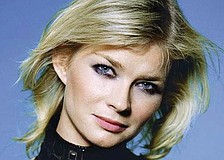 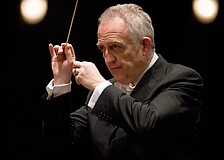 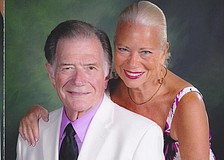