The biting reality of fishing in the Ranch

The lunker in Lakewood Ranch is more a description of the problem than a fish.

Members of the Lakewood Ranch Anglers Club said fish populations are down in all the area's ponds and lakes.

“There's no good reason it has slowed down,” said Lad Slapak, a Country Club East resident who fishes just about every other day somewhere in Lakewood Ranch's 320 ponds and lakes. “You used to be able to catch bass at will.

“Now the fishing is slow and it has been like this close to a year. When I fish now, if I see three or four other fishermen in a day, that would be a lot because the word has gotten out.”

The word has been out for quite some time among members of the anglers club.

“It's not good,” said Red Bailey, the founder of the Lakewood Ranch Anglers Club 10 years ago. “It had declined considerably and we don't know why. Last summer was like fishing in the Dead Sea. There were no bites. It worries us hugely.”

Jeanette Wirz is the current club president and she has her suspicions. “We need an ecological balance,” she said. “If you have foliage, you have a place for fish to hide.”

Wirz wonders whether efforts to kill algae and other aquatic plants to keep ponds pristine are creating problems for the fish due to chemicals, as well as robbing them of cover. She worries about the amount of landscaping chemicals that seep into the waters, polluting the habitat.

She also notes that drastic temperature changes, such as record heat in December, have taken a toll on the fish population.

Wirz is a member of the Protect Our Ponds group in Lakewood Ranch that has worked toward keeping the local waters healthy.

The group urges homeowners to make sure their landscapers are qualified and understand what chemicals are banned. “Qualified landscapers know what they can and can't use,” she said.

The Lakewood Ranch Anglers Club would like a Florida Fish and Wildlife Conservation Commission expert to inspect the local waters. That representative could be Paul Thomas, a biologist who wasn't sure he could fill that request.

“My hands are tied," Thomas said. “This community doesn't have what we call community access, so I am not allowed to assess it.”

He said the Florida Fish and Wildlife Conservation Commission only checks lakes that offer boat ramp access to the public. However, when he was told the commission checked lakes in Lakewood Ranch five years ago, he said he would check to see if a precedent might have been set.

Even so, Thomas said it is unlikely chemicals are the cause for poor fishing. He did say that taking aquatic vegetation out of a lake or pond could affect where fish hang out.

“When you pull the plants out, it is more of an open water habitat,” he said. “Anglers get frustrated. The fish are harder to find and they are using their same fishing techniques. They need to change their techniques.”

Thomas said he has seen no condition in the Manatee or Sarasota counties area that would cause a massive decline of the fish population.

“You just need to tell people to be patient,” he said.

Paul Chetlain, the director of operations for Lakewood Ranch since September and the head of maintenance since 2009, said he wasn't aware fishing had slowed to a crawl. He said his crew works on Lakewood Ranch ponds and lakes on a daily basis.

“Residents want a nice, clean pond,” he said. “That's not necessarily the best environment for a healthy fish habitat.”

Even so, he said his crew goes to great lengths to use approved chemicals to treat ponds. “We've never experienced any fish kill because of the concentration of chemicals we are using,” he said.

He said over the years he has seen rapid temperature change lead to fish kills, but that has been reduced as well with more aerators added to ponds and lakes.

Carp have been introduced to many of the ponds and lakes to control aquatic vegetation, which can cause bad odors and can be unsightly, so the fish habitat has undergone a change. But the waters are constantly being checked by a biologist to insure they remain healthy.

Larry Naddeo, who also is on the Community Activities board, said, “We've been fighting this battle for five years.

“There is a lot of chemical runoff from the lawns. It drains into the retention ponds. You also need a place for the fish to hide. They have no holding area now.”

Members of the club wonder if some stocking is in order.

What: Children ages 5-15 are introduced to fishing with a fun tournament that is staffed by Lakewood Ranch Anglers Club members who provide support, measure fish and give tips.

Sponsorships: Larry Naddeo, a member of the anglers club and Community Activities, said the Youth Fishing Tournament needs sponsors. The field has grown to more than 125 kids and the club might not be able to provide free poles to the kids in the future. To sponsor, call Naddeo at 567-4552.

The Lakewood Ranch Youth Fishing Tournament had to be moved due to poor fishing conditions. In 2014 at Summerfield Lake, they couldn't even award trophies in all their categories because the kids weren't catching fish. They moved the tournament to Lake Uihlein last year.

“It was much better last year," Wirz said. "They were catching bass and catfish.”

Slapak, who won the anglers club fishing tournament three years in a row, is now entering his fifth year as the youth tournament director. At 74, he is hoping the fishing turns around in the area soon.

“It gets a little depressing because you know what it used to be like,” he said.

Naddeo said he tries to keep things in perspective.

“If we fish three hours and don't catch anything, that is OK, too,” he said. “You have to realize there is not great fishing here anyway. We happen to be fishing in drainage ditches.” 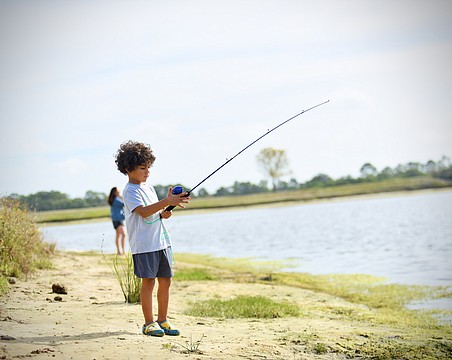 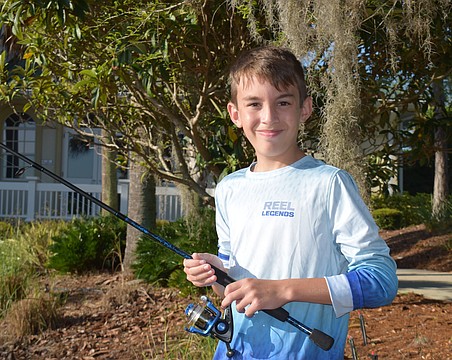 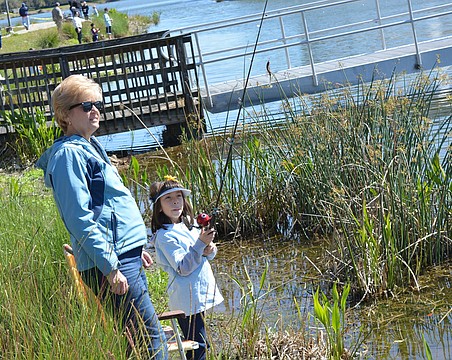 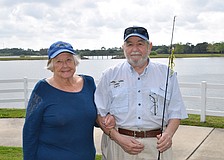 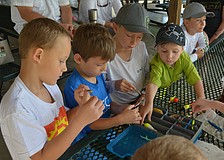 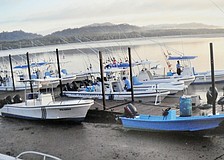 Anglers earn bragging rights, remorse about the ones who got away 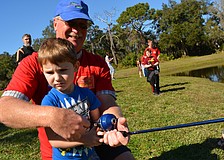