The Seminole gaming compact and Florida lottery create a dichotomous hypocrisy. To limit gambling in Florida, ‘the state’ is the biggest operator and purveyor of gambling.

Unless you own a dog track, horse track or jai-alai fronton, or are a Seminole Indian, Florida’s governor or a legislator, it’s probably safe to say you couldn’t care less about the state and Seminoles’ “gaming compact.”

Maybe you care if you’re a patron at one of the Seminoles’ seven casinos around the state. The most widely known casino in this part of the state, of course, is the Seminole Hard Rock Hotel and Casino in Tampa. If you are a patron, you’re probably interested to the extent of knowing whether the casino is going to add or take away particular games.

But suffice it to say the state’s gaming compact is an extraordinarily sweet deal for the Seminoles. They pretty much have “the only game(s) in town.” And at the same time, it’s a nice, fat cash cow for the state, and by extension, Florida taxpayers.

But it’s also a weird, dichotomous hypocrisy: To keep the state closed to the alleged evils of the casino gambling industry, the state operates and controls the two biggest purveyors of gambling in the state — the $5.5 billion (revenues) lottery and the state-sanctioned casino monopoly with the Seminole Indians.

Check out the money flow for the casinos:

That is $2 billion-plus a year in revenues — before expenses — going to the Seminoles, and roughly $250 million to $300 million as the state government’s share of the take. Or, put another way: the state’s share for granting the Seminoles exclusivity.

Underground utility lines: Be sure to vote

“Leave it better than you found it.”

“To remain competitive” and preserve and improve the value of your assets, re-invest.

“Imagine no power poles … and better digital services in your homes.”

“The decision for voters is not just economic. It’s also about the Longboat lifestyle, that ethereal thing that attracts so many here to begin with. Imagine how much cleaner and lush  the Key will look.”

In Fort Collins, Colo., where utility lines have been underground since 2006, the city utility’s power reliability far surpasses that of most other Colorado utilities.

These were arguments we made two weeks ago to urge voters to approve the special-election question next week. Longboat voters are being asked to issue up to $25 million in bonds to install underground utility lines on Gulf of Mexico Drive.

As we also noted, this is a 30-year investment. If rejected, Longboat Key will be stuck with towering concrete poles and wires for another three decades.

Depending on what you read, profit margins for the Seminoles’ gaming operations can be anywhere between 10% and 45% — or, say, between $217 million and $976 million a year going to the Seminole Indian Tribe of Florida Inc., the corporation that operates all of the tribe’s businesses.

The Seminole Indian Tribe of Florida Inc. in turn distributes a portion of its profits every year to every man, woman and child among its nearly 3,000 tribal members in Florida.

(The Florida casino profits, by the way, are just a fraction of the tribe’s income. It also owns Hard Rock International, the franchisee for about 205 Hard Rock hotels, casinos and cafes in 64 countries around the world.)

And of course they should be. Every business would love a state-sanctioned monopoly.

To a large degree, you could say the state and Seminoles’ gaming compact has similar characteristics to the mob. Gov. Rick Scott is the Don Corleone, and lawmakers are the Cosa Nostra enforcers (although minus the Tommy guns). Together, the governor and lawmakers keep order in their turf by prohibiting competitors. And for that, they extract a comfortable percentage of the Seminoles’ income. Call it what you will — a “commission,” a partnership, but on the streets of Boston and Philadelphia, it’s looted protection money.

Even the gamblers throwing away $2 billion a year patronizing the Seminoles’ casinos appear to be happy. Based on reviews of the Tampa Hard Rock, the casino’s customers are satisfied. Some note the glitz isn’t at the level of the luxury casinos in Las Vegas, but they don’t expect that in Tampa, or from the Seminoles. Nor do the customers seem to mind the effects of no competition.

On that point, Hard Rock Tampa gamers are paying more than double the going hotel rates in the Tampa market. A weekend room in mid-November at Hard Rock ranges from $530 to $780 a night. The city’s two Intercontinental luxury hotels list rooms for only $196 and $238.)

The only dissatisfied parties, for the most part, are other casino operators. They would love a piece of the Seminoles’ action.

But Florida’s Republican-dominated lawmakers — alleged believers in capitalism, competition and low regulation — won’t give in.

Of course, there is little incentive for them to do so, especially when they think about the consequences of a competitive casino industry in Florida.

Ever since Florida business leaders beat back a constitutional amendment in the early 1980s to allow casinos to operate as they did here in the 1920s, Florida lawmakers have declined to embrace open and widespread gaming. They — and the Florida voters who thwarted the initiative — fear Florida would turn into a Nevada or, worse, Atlantic City.

Even the Florida Chamber of Commerce, whose legislative slogan this year was “the Battle for Free Enterprise,” opposes free enterprise for the casino industry.

Gambling is a foolish endeavor. And yet, it’s understandable how it can be fun, especially if you can afford to lose what you lose. It’s a form of recreation and entertainment. A choice everyone can make.

And that’s what makes the Seminole compact difficult to justify. Why do the Seminoles deserve a state-sanctioned monopoly on casinos, free from the pressures of direct competition? What makes “the state” the rightful and most competent owners and operators of a lottery?

“Such measures make people poorer … Every restrictive measure brings advantages to a limited group of people while it affects adversely all others, or at least a majority of others. The interventions, therefore, may be regarded as privileges, which are granted to some at the expense of others.”

Perhaps think of it this way: If there were more casinos in Florida, that would increase the competition for Floridians’ and tourists’ recreational dollars. All tourist attractions — Disney, beach resorts, golf courses, professional sports, theaters, etc. — would feel the pressure of competition, which in turn holds down prices for consumers.

With the gaming compact, Florida taxpayers may think they’re getting free money from the Seminoles, when in fact, they’re paying higher prices. It’s a maxim of gambling: Only the house wins. In this case, the Seminoles. 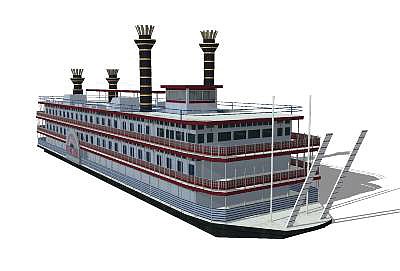 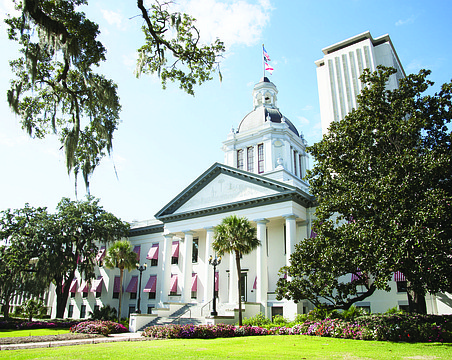 Our View: Our 'in-the-margin' governor 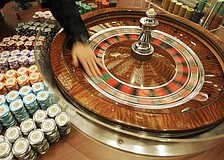 Our View: Hypocrisy of the state 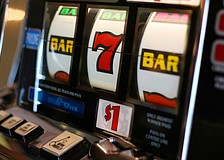 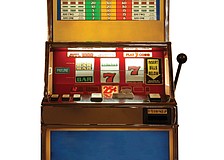 City of Sarasota will not take gamble on casinos 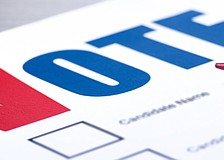 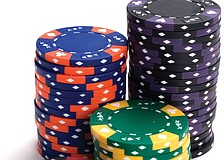