A crowd-pleasing presentation with everything short of the kitchen sink

Richard Bean’s “One Man, Two Guvnors” is currently exploring the comic potential of the post-World War II British economy over at Florida Studio Theatre. That’s one way to look at it, anyway.

Said play is freely lifted from Carlo Goldoni’s “A Servant of Two Masters,” a commedia dell’arte production from 1746. That sounds highfalutin, but it was basically Punch and Judy with live actors and lots of improv. Bean’s adaptation keeps a few original elements and updates the play to Brighton, England in 1963—a seedy seaside resort at the time. The plot, to paraphrase Hannibal Lecter, resembles the elaborations of a bad liar.

The hard-working, hungry Francis (Connor Carew) winds up working for two bosses (i.e. “guvnors”) without either knowing about the other. Boss No. 1 is an underworld tough named Roscoe Crabbe; Boss No. 2 is Stanley Stubbers (Montgomery Sutton), a more posh breed of criminal. Roscoe apparently survived a knife attack by Stanley—but is actually Rachel (Amy Hutchins), Roscoe’s fraternal twin sister, disguised in drag. (She’s not out for revenge against Stanley. Rachel loves him. Yes, he killed her brother, but the guy was a jerk.) Charlie “The Duck” Clench (William Edwin Henry), the scrap-metal king of Brighton, had previously arranged a marriage for the real Roscoe with his daughter, Pauline (Christina King), but she’s really in love with Alan Dangle (Tommy Crawford), an over-the-top actor. Now that Roscoe’s apparently back from the dead, the marriage is on. More complications ensue, but you get the idea.

Through it all, the hard-working Francis desperately tries to keep both employers happy—although his mind’s not really on the job. In the first act, he just wants to get something to eat. In the second act, he just wants to take Dolly (Vanessa Morosco), Charlie’s proto-feminist bookkeeper, on a slow boat to Majorca.

Bean (not to be confused with Mr. Bean) stays true to the play’s low comedy roots. The material’s a bit suggestive, know what I mean, nudge, nudge, wink, wink? There’s also plenty of slapstick, the slamming doors of farce and a few nods to English majors. Bean’s comedy wears its artifice on its sleeve—and occasionally drags a few audience members into the antic machine.

That elaborate description might suggest a long play. Actually, it could all go down in one act, if not for performances by a Skiffle band during scene changes. (“Skiffle” was a musical fad in England that largely died out with the Beatles. Picture lots of British Steve Martins playing whatever they could get their hands on.) Tony Bruno, Tommy Crawford, Sean Tillis, Teddy  Yudain and James Zap are the lads in question in a great band called "The Kraze” (Which oddly sounds like the name of a particularly nasty family of UK thugs). But most of the actors make some form of music — Carew even honks out a tune on bicycle horns. Kudos to Darren Server for the snappy musical direction and to Grant Olding for the snappy tunes.

If that sounds like theatrical gumbo, there’s a good reason. That’s exactly what it is. The playwright’s no purist.

“One Man, Two Guvnors” is basically a 21st century music hall revue, which is exactly how director Joseph Discher plays it. Jokes high and low, physical and verbal fly at you fast and furious. Richard Bean’s Flying Circus keeps the actors hopping and the audience laughing. Aside from variety for variety’s sake, the Skiffle numbers let them catch their breath.

As goofy as the material is, the characters are well drawn. As Francis, the frenetic Carew is a young and hungry Everyman working for lousy bosses — who can’t relate? Carew gets the audience on his side through frequent sorties through the fourth wall. He’s a great comic performer, whether spilling out his character’s conniving stream-of-consciousness or taking a pratfall.

Hutchins is convincingly dangerous in the woman-disguised-as-a-man role. Henry and King are a hoot as the dim crime lord and his dim daughter. Sutton’s Stubbers combines the voice of an upper-class twit with back hair to rival Bigfoot. Andy Prosky is exceedingly funny as the scrap king’s verbose, obfuscatory lawyer. As Dangle, Crawford is clearly a good actor playing a bad one. Teddy Yudain earns his share of howls as a Tim Conway-esque octogenarian who kicks into interstellar overdrive when Francis turns up his pacemaker. Morosco, the object of Francis’ affection, deftly walks the line as a character who knows she’s sexy and can’t stand sexism.

This gumbo of craziness gets a suitably crazy look with Moriah and Isabel Curley-Clay’s mix-and-match sliding sets and Tristan Raines’ period costumes, straight out of an Ealing Studios comedy.

And the play gets a happy ending, whether it wants to or not. A bit implausible — so what? As noted, more of a music hall revue than a conventional play.

“One Man, Two Guvnors” throws everything at you short of the kitchen sink. If one was lying around, they’d probably throw that too. It’s a crowd-pleasing mix of Monty Python-style Brit comedy and shameless nostalgia for the dawn of the Beatles era. Expect to laugh.

Just remember to duck if that sink comes at you. 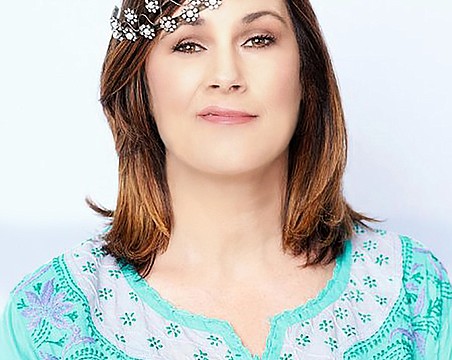 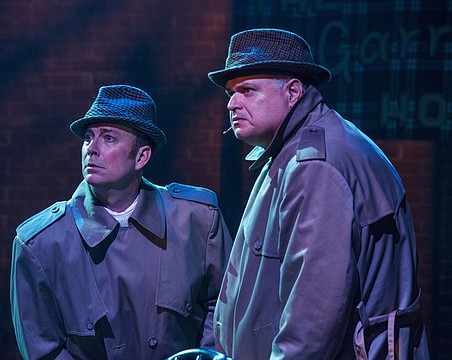 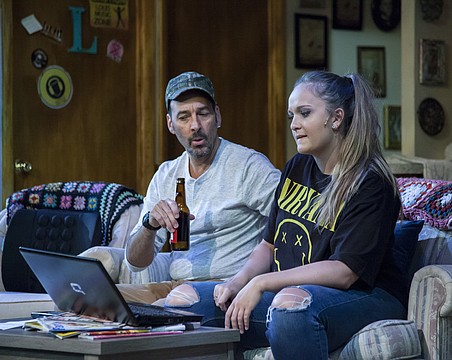 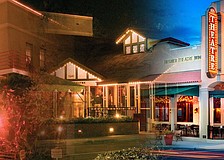 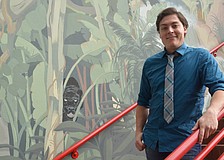 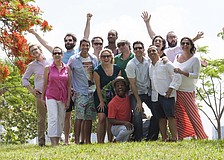 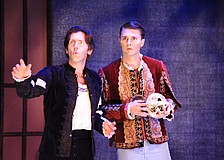 Theater Review: 'The Actor's Nightmare' and 'The Real Inspector Hound' 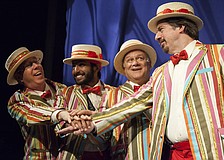