Dorothy Fields and Cy Coleman got it right: It’s not where you start, it’s where you finish.

We took in two of the Ringling International Art Festival’s performances last week, starting with The Pedrito Martinez Group in the Cook Theater, and ending with the Duo Amal in the Mildred Sainer Pavilion.

The first was called, by the New York Times, “ … complex, blenderized Africa-to-the-New-World funk.” I’d simply call it loud. The group — consisting of singer-drummer Martinez, bassist Alvaro Benavides, singer-keyboardist Aricacne Trujillo and drummer-cowbell player Jhair Sala — was so over-amplified, some of the wiser audience members were seen stuffing tissues in their ears.

Their music is not my cup of tea, which doesn’t make it or them bad. They’ve certainly made a name for themselves at major festivals from Newport to New Orleans. Maybe I’d have enjoyed it if I’d been lolling under a palm tree in Punta Cana with a tall rum drink or two or three. But in the small confines of the Cook Theatre, I felt as if I’d descended into a tonally cacophonous hell.

Individually, they’re interesting performers, some with more music to offer than others. But the over-amplification in the tiny Cook Theater drummed out any sense or sensibility they may have had under other circumstances. My ears ached for hours.

Duo Amal was the antidote.

Pianists Bishara Haroni, from Palestine, and Yaron Kohlberg, from Israel, named their piano team “Amal,” which means “hope” in Arabic. Proteges of Zubin Mehta, the pair first played together at a peace concert in Oslo about three years ago, proving that with music, all things are possible, and when you have the kind of prodigious talent these 31-year-olds have, there’s hope for the world.

Opening with Schubert’s piano four-hand, “Fantasia in F Minor,” the two shared the Yamaha grand bringing out the individual voices of this well-known work with a clarity and mature understanding rarely heard. Their sensitivity to voicing and bridging tonal transitions was impeccable, and they brought a rare transparency to this beautifully crafted piece.

They brought the same intelligent, impressive music making to Israeli composer Avner Dorman’s “Karsilama,” a folksy, syncopated, fun piece for two pianos that sounded like updated Bartok in the woods.

The Concertino for Two Pianos by Shostakovich was, like the Schubert, in multiple movements but played through and showed the duo’s ample technical prowess without ever letting down on their individual musicality.

Rachmininov’s Suite No. 1, a “Fantaisie-Tableaux” for two pianos, ended the program. This gorgeously romantic piece is Rachmaninov’s early Russian side sounding much like Mussorgsky’s “Boris Godunov” and “Pictures at an Exhibition.” It’s a wonderful work and deserves to be heard more often, especially in the powerful and perceptive hands of this duo.

Their encore was the finale of the Prokofiev “Classical” Symphony in a dazzling arrangement for two pianos by the Japanese composer Rikuya Terashima.

Two things to note: Haroni and Kohlberg used electronic tablets rather than traditional sheet music, turning pages with an unobtrusive foot pedal and making this, in Kohlberg’s words, “a 21st century” musician’s concert. That’s certainly the wave of the future, cutting down on the need for page-turners and lugging numerous heavy scores on trans-Atlantic flights.

What we hope is not the wave of the future is the totally unnecessary amplification of two grand pianos in a small space. Why? The pianists are powerful and the microphones pointing into the strings, no matter how deftly placed by the sound engineers, only serve to distort the real sound of the instruments. Perhaps ears have grown accustomed to the bombastic sounds of rock music but Schubert and Shostakovich don’t need futuristic (and deafening) assistance.

In a life of music, Ferrante hit a high note 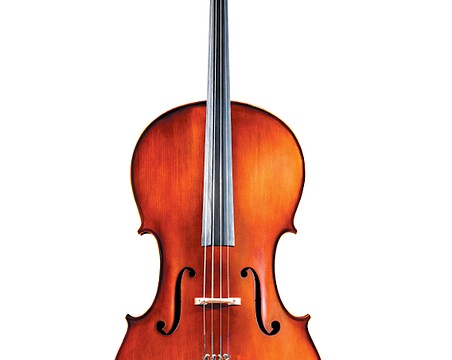 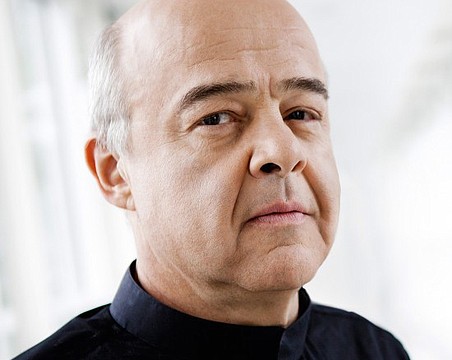 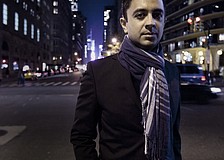 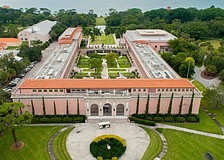 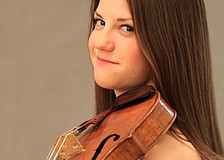 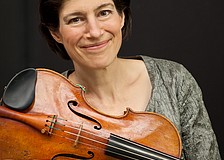