The Korn Ferry Tour's stop in Lakewood Ranch stop will in mid-April.

Let's face it, when it comes to hustle and bustle, we don't think much about snowbirds in the eastern part of Manatee and Sarasota counties.

Sure, we have less people around, but not so many to take notice. That's more a west side of the counties kind of thing.

That's unless you are looking for volunteers for the LECOM Suncoast Classic.

After four years of hosting the Korn Ferry Tour event at Lakewood National in February, the schedule shifts in 2023 to April 20-23.

The volunteer directors for the tournament have been made aware that the Lakewood Ranch area still has its share of those who head north in the spring.

"When we held the tournament in February, going into the new year created an urgency," said Heritage Harbour's Kay Scholten, who has volunteered at the tournament since its beginning and who now is the director of hospitality. "It's January and April seems a long ways away. We need 500 volunteers, but some people are waiting."

Scholten and the tournament directors are asking those who have an interest in volunteering to sign up soon. Having time to plan makes for smooth sailing when the tournament begins.

Juan Gutierrez, the director of volunteer services, said he sent out a memo to approximately 100 of his volunteers from last year.

"Twenty of them sent me a note: 'I'm can't work this year because I won't be here at that time. I live in the north, and I am leaving April 1.'

"We are looking to fill that gap with new people."

The other directors are seeing similar losses of volunteers from last year.

Tournament Director Justin Kristich said the change in dates has opened the opportunities for those who might have thought the volunteer positions were all filled in the past, He said area growth will provide new blood in terms of both volunteers and spectators.

He noted the field will be larger as well this year, going from 144 players to 156 because the tournament will have more daylight hours.

For those who were worried about starting a volunteer shift in cold weather — and the directors did say they have wore ski caps in the early hours during past tournaments — the shift in schedule should provide warmer weather overall.

So what do you get as a volunteer?

It costs $40 to volunteer, and while that seems a bit odd considering you are volunteering your time, it provides each volunteer with a tournament shirt and hat. Volunteers receive four one-day passes worth $20 apiece and they can eat meals or get drinks depending on their schedule.

Best yet, volunteers are treated to an appreciation party April 24. That includes the opportunity to play the course, which because of the growth of Lakewood National is now totally private and unavailable to the public to play.

So was it required to be a volunteer?

Hope said he looks for enthusiasm and flexibility, in case a task needs to change at the last minute. He also values the ability to "think on your feet" along with mobility.

"There is a lot of running around," he said.

Gutierrez said he looks for good decision-making and problem-solving skills along with people skills.

"You are a representative of the Korn Ferry Tour and LECOM," he said. "You're an ambassador."

Gutierrez said he currently is short on course marshals as he needs 216 overall.

Scholten said she seeks commitment — someone who shows up on time — along with the willingness to work with the public. She values those who can be proactive, such as noticing the flow of spectator traffic is not good and working to fix it.

With the change in the schedule, she said some volunteers might be aware of how well they can handle the heat.

Some volunteers never leave their home.

As director of hospitality, Scholten places players and caddies with host homes during the tournament so they can keep their expenses low. If you would like to host a player or caddie, please contact her at [email protected].

"They need a bedroom and preferably a private bath," she said. "The hosts do not need to transport them or provide food."

Hosting players and caddies provides a unique chance to interact with the athletes. Among players in past Suncoast Classic events are Scottie Scheffler and Will Zalatoris.

Whether or not the players at Lakewood National become PGA Tour stars, Scholten said she derives a lot of satisfaction from volunteering at the tournament.

"I love the fact that I play a part in supporting these young men as they try to move up in their careers," she said. "Their stories are incredible."

Kristich said he is fortunate to have Scholten, Hope and Gutierrez play leadership roles since the tournament's first year.

LECOM has extended its sponsorship of the tournament through 2026, so it won't be leaving the area, even if they can't agree to another deal with Lakewood National. In that case it would shift to another course in the region.

"We are actively negotiating with Lakewood National," Kristich said about the possibility of the tournament being played on the course through 2026.

So Kristich and his team will be seeking plenty of volunteers in the future.

"The Korn Ferry Players know that without the volunteers, they don't have an event," he said. "They are very appreciative."

Those who would like to volunteer can go to LECOMSuncoastClassic.com. 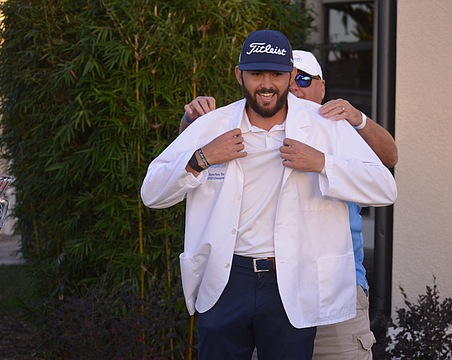 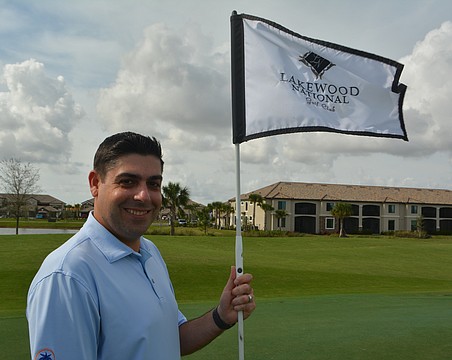 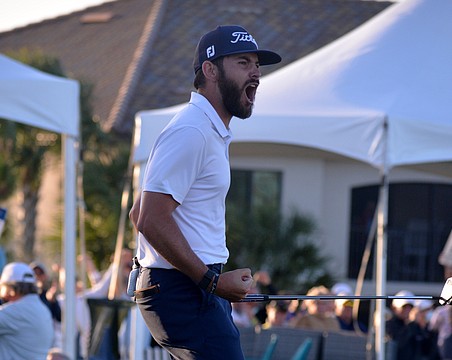 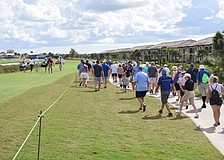 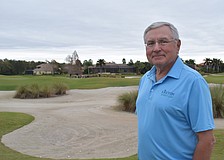 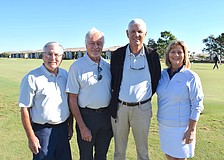 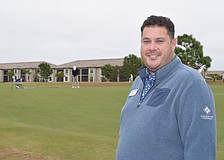 Suncoast Classic returns with a No. 1 golf course rating 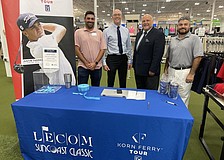