Only 11 responses were received from the 89 surveys that were sent out twice.

Change could be on the horizon for the town of Longboat Key’s canal rules, but a limited survey response did not paint a clear picture of the issue, if there even is one.

Town staff conducted a survey of property owners and homeowners associations with direct access to navigable canals. Even after sending out the survey twice, 11 responses were received of the 89 that were sent out. Surveys were sent in November and December and responses were primarily received from representatives of HOAs.

“I wish we would have had a better response to more conclusively say ‘here’s what associations that front on canals feel,’” Planning, Zoning and Building Director Allen Parsons said. “It’s difficult to draw broad conclusions from that number of survey responses.”

Overall, results were as follows:

Even as limited responses were received, if town commissioners decide to move forward with an ordinance pertaining to the size of boats docked along canals, residents and members of associations will have multiple opportunities to provide public comment on the issue.

The town does regulate the size of docks and the percentage of a canal's total width such a structure can occupy.

Town commissioners will have the opportunity to dive into the results and discuss potential next steps as early as their February workshop meeting.

“The commission will either be giving direction to staff to proceed with drafting an ordinance that could address vessels in addition to the structures, or they could not give that direction and say ‘this is not something that we feel we need to deal with right now,’” Parsons said. “It could go one of those two ways, and if they direct staff to move forward with developing some regulations, then there will be public hearing opportunities for the public to address any specific language objections or support.”

Town rules say state that permanent structures, such as docks, may not project into a canal more than 30 feet or 30% of the total width of the waterway. The town’s ordinance, hammered out in early 2020, does not mention boats as obstacles, though. Though homeowners are encouraged to offset docks from those on a canal's opposite side, there is no requirement to do so.

The desire for the survey comes from commission direction to staff after Kathy Callahan and her husband, Todd, came before the commission twice last year, seeking help with a navigation issue in their canal.

Town staff was asked to investigate how a change to the rules might affect existing bylaws of HOAs on the barrier island. They also urged the couple to gather additional information from the neighborhood’s residents that the boat issue is affecting.

All five sections of Country Club Shores provided responses to the town’s survey.

When the couple’s initial complaints were received in June, the town sent a police department boat to assess the situation and found navigation was not impeded.

On the barrier island, the majority of neighborhoods on the bay side that have canals are governed by a homeowners association. Some have stronger rules for boats than others, including what size boat is allowed in its waterways.

Kathy Callahan, who serves as the president of the HOA for Country Club Shores I and II, told commissioners the neighborhood did not have the necessary bylaws in place to regulate boat sizes, hence her seeking their aid.

Town staff, including town manager Tom Harmer, recalled not hearing of any other similar issues on the island, which played a large role in the commission’s decision to not draft an ordinance at the time. 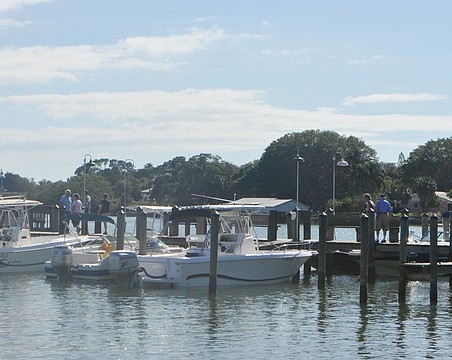 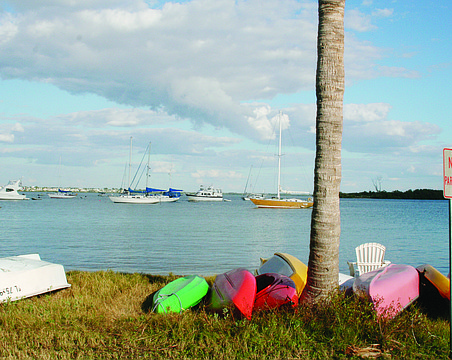 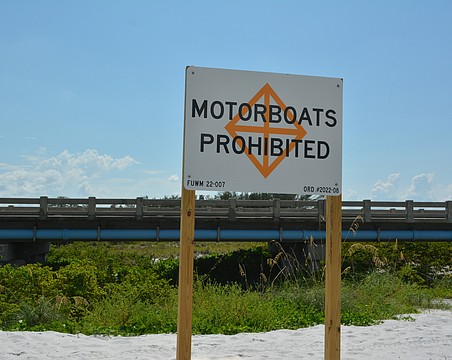 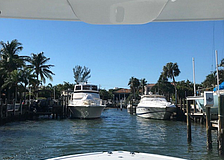 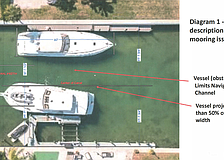 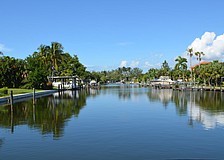 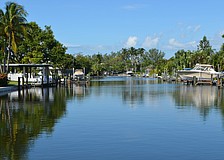 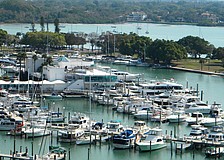