The City Commission gave the go-ahead for the 280-unit Progress at University apartment development. Meanwhile the legal battle over Aventon apartments next door will go on at least through spring.

Progress is being made on a new apartment development on DeSoto Road near Sarasota-Bradenton International Airport. Meanwhile the fate of an adjacent rental community is awaiting its days in court.

Last week, the Sarasota City Commission approved by a 4-1 vote, with Commissioner Jen Ahearn-Koch opposed, Progress at University, a 280-unit project on 16.5 acres once rezoned and approved for a community by Habitat for Humanity. The property at 1400 Desoto Road is bordered to the west by Aventon Sarasota, a 372-unit apartment complex planned for the former Sarasota Kennel Club site, which was approved by the City Commission last November.

That approval is being legally challenged by the airport, charging it is in violation of an agreement with the city that prohibits residential development beneath the 65 decibel day-night average sound level contour. The Aventon project is located just 1,500 feet from the end of SRQ's main runway. Progress at University is just as close, in fact directly beneath the glide path.

Because the site had been zoned for multifamily and the Habitat project was approved by Sarasota County prior to it being annexed by the city in 2006, it predates the 2018 agreement. As a result, the residential use cannot be challenged by the airport, SRQ General Counsel Dan Bailey told commissioners.

“This particular site has certain grandfathered status,” Bailey said. “It was Habitat for Humanity at that time that came in with a program that included not only affordable housing, but also a child-care facility. That didn't go forward and another applicant came in 2011 with a site plan that has expired, but unfortunately the airport is not in a position to contest that grandfathered status.”

Planned by MMI Development with offices in Orlando and Oxford, Mississippi, Progress at University modified the site plan to move many buildings away from the perimeter of the site in contrast to the previously approved 2011 plan, which is bordered to the east and south by the Tri-Par age-restricted community.

Some Tri-Par residents expressed concerns over the new site plan to the Planning Board, which endorsed it in December 2022, but the board determined the site had adequate natural buffering to mitigate vehicular activity disturbances and relocating the four-story buildings away from Tri-Par would have less impact on immediate neighbors than the previously approved plan.

There is no affordable housing component to the development, but the developer told commissioners the proximity to the airport will effectively cap rents below market rate, even though the company specializes in noise mitigation.

“It's a Class A product, but it's market rate,” said MMI Development Chief Operating Officer David Brim. “We develop luxury apartments, but it is a market rate price, which to a certain degree rent in this particular site will be constrained just due to location with the airport. MMI has developed other airport properties so they're very familiar with what those market ranges are for the proximity to the airport, but it also goes to their experience with developing the product that mitigates for the potential for sound. impacts.”

The Progress at University site was formerly used as overflow parking for the kennel club, which closed in 2019 following a statewide vote to end dog racing by 2020. Combined with Aventon, the two projects would add 652 apartments to the city’s rental housing stock and help provide downward pressure on rents with greater supply.

That was the justification the City Commission used in September 2022 to approve Aventon in the face of certain legal challenge by the airport, which still has a long way to go before resolution. The airport’s comprehensive plan amendment challenge before the Department of Administrative Hearings is expected to be scheduled for April 12-14.

The city and Aventon have until Jan. 26 to respond to a consistency challenge to the city’s comprehensive plan, but either party could ask for more time. That case is before Judge Stephen Walker of the 12th Circuit District Court.

Meanwhile Judge Hunter Carroll of the 12th Circuit has yet to issue an order to show cause over SRQ’s certiorari petition, which is a higher court review of a lower court decision. In this case the lower court is the City Commission as Aventon's approval was the result of a quasi-judicial hearing.

The deadlines for the city and Aventon to respond don’t begin running until that order is issued. 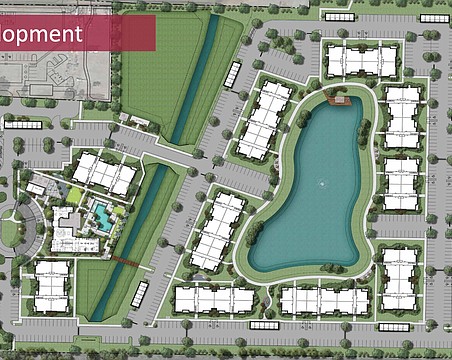 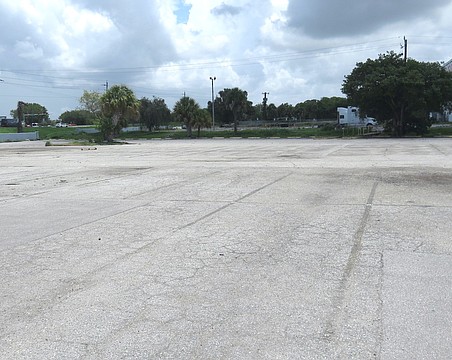 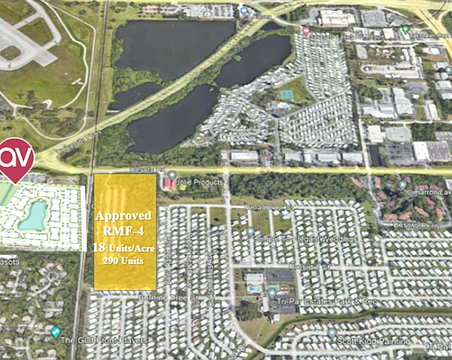 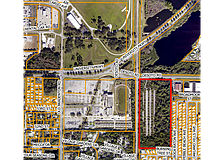 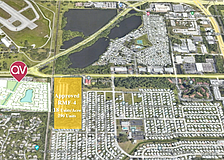 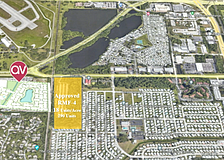 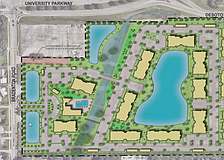 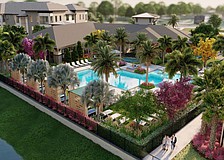 Animosity takes off over approved apartments near SRQ