With an interfaith tribute, an awards breakfast and a march, the city honors the civil rights leader on Jan. 16.

AJ Sanders participates in the Unity and Historical march with a Dr. Martin Luther King Jr. flag that reads "I HAVE A DREAM"

AJ Sanders participates in the Unity and Historical march with a Dr. Martin Luther King Jr. flag that reads "I HAVE A DREAM"

Photo by Dariela Delgado
The Light of the World Men's Ensemble performs at Temple Emanu-El in anticipation of Martin Luther King Jr. Day.

The Light of the World Men's Ensemble performs at Temple Emanu-El in anticipation of Martin Luther King Jr. Day.

Photo by Dariela Delgado
Rabbi Michael Shefrin gives a blessing to the audience.

Rabbi Michael Shefrin gives a blessing to the audience.

Photo by Dariela Delgado
The 2023 award recipients gather together for a group picture.

The 2023 award recipients gather together for a group picture.

Photo by Dariela Delgado
Booker High School cheer team preps for the start of the march.

Booker High School cheer team preps for the start of the march.

Zionna Gamble hands out candy to Newtown neighbors and families.

Many students and families participate in the Unity and Historical march

Photo by Dariela Delgado
James Williams provides free transportation for the marchers on the Bay Runner.

James Williams provides free transportation for the marchers on the Bay Runner.

The temple hosted its seventh  interfaith tribute to  King after missing 2021 and 2022 because of the COVID-19 pandemic.

“Today we take our place once again in the important history in the Jewish and Black communities coming together as we have for generations,” Rabbi Michael Shefrin said. “I pray that it never stops.”

“The Committee is always excited to celebrate Dr. King’s life and legacy with the Sarasota community,” Sarasota MLK Celebration Committee President Jetson Grimes said. “Each year, we pay homage to his dream when we gather together in honor of his great works and recognize the achievements accomplished by people and businesses in our community.”

Sandra Kay Daniels, a teacher at Booker Middle; Gregory Rumph, an assistant principal at Booker High; Rex Troche, Sarasota's chief of police, James Hill and Renee Gilmore of ABC-7 and Jaida Cunningham, a senior student at Riverview High, were honored during the breakfast.

The Unity and Historical walk to Martin Luther King Jr. Memorial Park was led by Booker High School's JROTC. The march followed after the Memorial Breakfast and Community Awards ceremony.

Booker High’s cheerleaders followed behind along with the school’s marching band and Second Chance Last Opportunity.

“This is important because Martin Luther King Jr. has made an impact for all. I’m honored for what he did and accomplished,” said Sarasota High School student Zionna Gamble who passed out candy during the march.

Newtown neighbors watched and cheered the marchers from their front porches.

“I was 7 years old when Dr. Martin Luther King Jr. was shot and killed. I can remember when my mother and grandmother watching television – we had a black and white box television – they had all the kids sit down and listen as we watched live,” said marcher Velvet Sumpter. “To watch that on television happen and then to see the marches my mother always had on television--it's always been a part of our history, what we overcome and what we are still dealing with. It’s not over. We are still fighting. We are still marching. We are still asking for equality.” 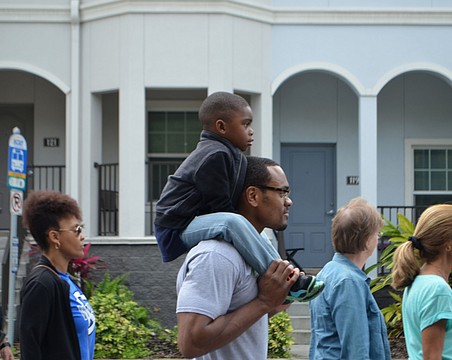 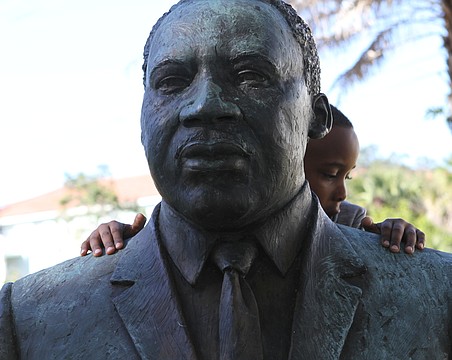 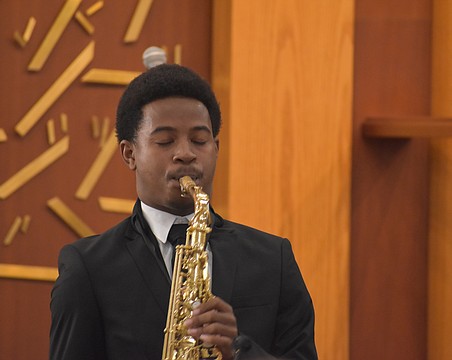 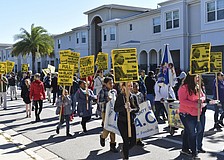 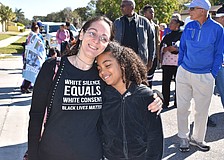 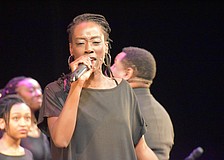 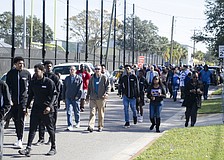