Lakewood Ranch’s Marilyn Abrams mixed her challah dough ingredients as best she could with a spoon before putting on a pair of gloves and kneading the dough by hand.

She looked over to her 13-year-old granddaughter, Rachel , and daughter-in-law, Marni, and smiled.

Abrams watched for a moment as Rachel and Marni worked swiftly to follow along in the baking process. They each added flour to their yeast and water before moving onto the next step.

Although Abrams had been attending the Jewish Women’s Center’s Mega Challah Bake for years, Jan. 12 was the first time she was able to enjoy the experience with Rachel and Marni, who live in Sarasota.

“We have three generations of Abrams here,” Abrams said with a smile. “I’ve lived my life for this.”

The Mega Challah Bake, which was held Jan. 12 at the Grove, was an opportunity for Marilyn Abrams to make challah bread and pass the tradition onto her daughter-in-law and granddaughter.

“It’s exciting because she’s been wanting to bring her granddaughter to teach the future generation,” Marni Abrams said. “As we pass it onto the next generations, we’re instilling it into the younger generation, hoping that (Rachel Abrams) will do the same. When she becomes a mother, God willing, she will teach her children.”

Chanie Bukiet, the director of the Jewish Women’s Circle, has loved seeing more women bringing their children to the Mega Challah Bake each year and passing the tradition onto future generations.

“It’s so heartwarming and inspiring,” Bukiet said. “If you don’t know what the tradition is, you can’t share the tradition and pass it down to others, too.

Bukiet said one of the three mitzvot (commandments) Jewish women have is making challah. The other two are lighting the Shabbat candles and family purity.

“Those are the three cornerstones that are entrusted specifically to a woman because she has so much influence in her home and those around her,” she said. “When we have 250 ladies here, it’s not just about them. It’s about them being powerful women in their circle of influence, and we’re celebrating and empowering them to continue to be able to do that.”

Lakewood Ranch 12-year-old Ariella Vinokurov was the one helping her 24-year-old sister, Michelle, and her mother, Vicki, learn how to make challah. Ariella has made challah at school, but Michelle and Vicki were making challah for the first time. Michelle couldn’t wait to learn.

Vicki Vinokurov said the Mega Challah Bake was an opportunity to bond with her daughters while learning about an important Jewish tradition.

“It’s very special because you work and don’t always have time for family, but this event is to bring the family together,” she said.

Both the Vinokurov family and Abrams family plan to continue baking challah each week now that they have the recipe and the experience. 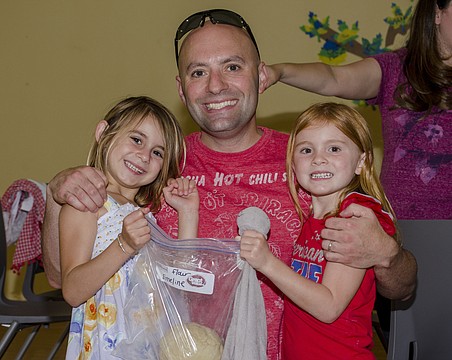 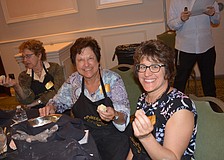 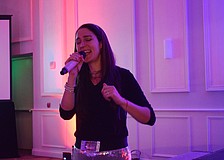 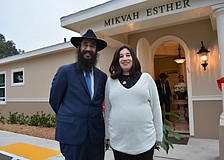 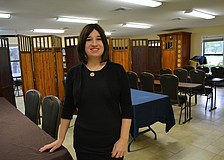 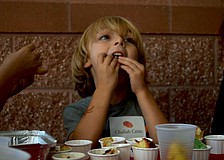