Swim City anxiously awaited the opening of the Gulfstream Avenue roundabout. Late-stage construction on U.S. 41 brought a new challenge: a flooded parking lot with nowhere for the water to go.

Of all the businesses at ground zero of the 18-month construction of the U.S. 41-Gulfstream Avenue roundabout, none was likely as affected as the  Swim City store at 50 N. Tamiami Trail.

For the most part, the construction zone along U.S. 41 stretching between Ringling Boulevard and Fruitville Road is fronted by luxury hotels, condominium towers and office buildings. While somewhat inconvenient, access to Marina Jack was well maintained. Conversely, Italian eatery Joey D’s simply closed its location at 211 N. Tamiami Trail. 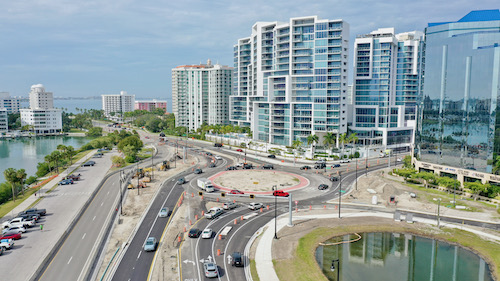 With four more roundabouts planned and nine others on city streets, the city is committed to throwing traffic for a loop.

Swim City, though,  persevered, albeit not easily, despite its frontage between Palm Avenue and First Street serving as a staging area for equipment and materials, access to the parking lot randomly alternating between its driveways on U.S. 41 and First Street, and its previous foot traffic access from hotels across U.S. 41 all but eliminated.

The only street-level retailer in the construction zone, its rotating access was exacerbated by navigation apps that provided inaccurate directions for a large portion of the project duration. Owners and Judy and Nick Johnson requested FDOT put directional signs on Cocoanut Avenue to the First Street entrance, which it did, only for customers to find the driveway off First Street frequently closed.

Access was especially challenging for southbound traffic, which had two choices: be forced across the Ringling Bridge and double back at Bird Key or loop under the bridge at Harts Landing and double back, or go west on Fruitville Road and follow navigation to an often closed First Street driveway.

It all meant for a slow June in 2022 — historically a big month for the store — with sales down 25% from the year prior. The Johnsons were looking forward to a big two weeks to close out the year, another peak sales time, but the planned Dec. 17 opening of the roundabout was delayed nearly a week because of weather.

Limited customer access to Swim City was just one of many challenges facing Judy and Nick Johnson coming out of the pandemic. Just as the business might otherwise return to pre-COVID normal, the impactful phase on their store of the roundabout construction began.

And in addition to the new parking lot flooding problem, It's been a tough, wet fall for the company.

Hurricane Ian caused severe flooding damage to their store in Fort Myers and destroyed their store on Sanibel Island, resulting in significant water damage to their inventory there. As they are calculating their losses from those two stores  comes the bitter icing on the rancid cake: a $4,800 water bill from the City of Sarasota.

As it turns out, Judy Johnson said, construction broke  irrigation lines and valves between the meter and the store, leaks that went undetected. Now they’re caught between the city and FDOT bureaucracies to resolve the issue.

In addition to irrigation, “We have two bathrooms and that’s it,” said Judy Johnson. “Our average water bill is $88 to $100.”

Their optimism turned into concern, though, as the rebuilt driveway from Tamiami Trail slopes slightly downward into the parking lot, trapping a large, deep puddle of standing water at the entrance.

The Johnsons have been in contact with the contractor, Boston-based CDM Smith, and were told survey work will need to be done at the driveway to determine how to best alleviate the flooding. How long that will take is uncertain. As for when First Street will be paved and opened, that remains unknown as well.

To build the roundabout at an intersection that accommodates more than 40,000 vehicles daily, one tightly bordered by buildings on two corners and a marina on the other two, FDOT and CDM Smith are working in tight quarters with little room for staging. As part of the project water, sewer, storm drainage and other underground utilities also had to be relocated including along U.S. 41 in front of Swim City.

In the latter half of construction, all of that required Palm Avenue, First Street and Second Street intersections at U.S. 41 to be closed and northbound travel lanes shifted to the east to build that infrastructure and for staging.

“Going back to our original conversations around Memorial Day with contractors working on this project, they said it's going be two, maybe three months at max,” Nick Johnson said of the blocked access. “Now we're looking at double and triple that.”

“We felt like the staging was done in front of our property,” added Judy Johnson, "and we were the were the only retailer out there that depends on foot traffic and vehicle traffic.”

Now that roundabout is open, months of work remain on U.S. 41 both north and south of the circle before the facility is fully operational. For Swim City, that means disruptions may continue until spring, but the Johnsons say they believe, in the end, access to the store will be easier than before, providing customers don’t have to navigate a retention pond to get there.

Southbound drivers won’t be able to turn left into the parking lot, but they can circle the roundabout and then turn right a short distance later into the lot. Northbound drivers and those coming from the keys will drive around a portion of the roundabout to head north on U.S. 41. And eventually, the paving on First Street will be completed and that driveway permanently reopened. 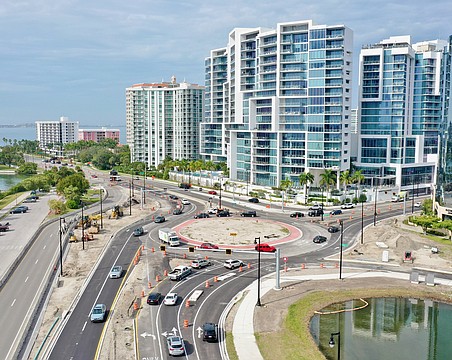 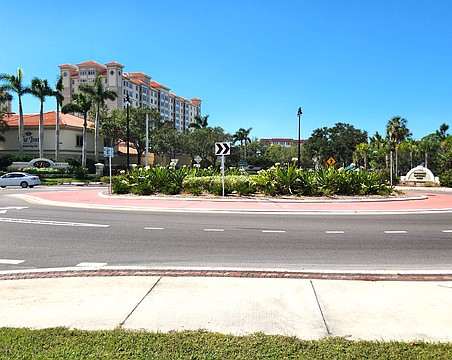 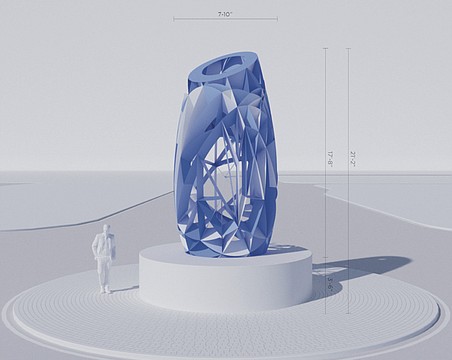 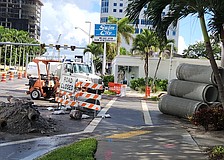 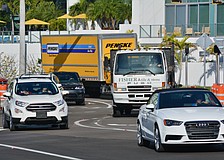 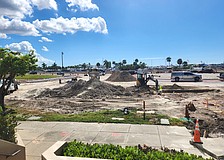 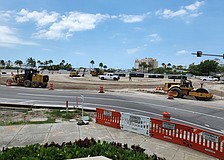