Owners Philip Needs and Judy Fryer had a trick up their sleeve when they brought an old fish 'n' chips recipe to their bayside eatery.

When Philip Needs and Judy Fryer opened The Old Salty Dog decades ago, they brought a simple fish n' chips recipe with them from their native England.

All these years later, it remains one of the most popular items on the menu, and manager Josh Shear says the restaurant goes through about 200 pounds of haddock a week to make the fish n' chips alone.

Shear says the dish was made from cod many years ago, and today sometimes it's made with pollock instead of haddock depending on availability.

Both pollock and haddock have mild tastes.

"They're pretty similar," he says.

The key to the fish n' chips dish is its light and crispy batter, and Shear says there are only three ingredients: Light beer, flour and garlic powder.

The batter, much like your liver, is a connoisseur.

Shear says that the beer has to be cold when you make the batter; warm beer could mess it all up.

"Cold beer helps with the consistency; that way it stays fluffy and it stays light," he says. "As the batter gets heavier, it tends to become cake-like. That's why we will do small batches throughout the day."

Making small batches throughout the day means that if you're sitting at the bar and enjoying your meal, you may well see one of the cooks wander out to re-fill a pitcher of beer.

A dish with a view

The Old Salty Dog has three locations, but Shear says that the City Island location is by far the busiest.

That may be a factor of location; The City Island location has a beautiful view of the water and New Pass bridge, and Shear says it benefits from tourists due to having Mote Marine Laboratory and Aquarium right up the block.

"The beach is so close," he says. "We get quite a bit of customers from that. We also have our people that are here daily, weekly and monthly. We do have a lot of repeat tourist customers that come year after year."

Shear has been at the Old Salty Dog for 22 years, rising from prep kid all the way to manager, and he says there's been a few major milestones for the eatery over the years.

At first, says Shear, the Old Salty Dog did a lot of freezer-to-fryer type of items, but over the years they have begun making almost everything in house.

Another big change came during the COVID pandemic, when the restaurant learned it could do more with less.

"We took out a bunch of tables originally with the social distancing and all of that," says Shear. "As we were coming back, we slowly put more tables in but never really got back to what we had.

"We found that we were giving better service; the quality was better and the kitchen wasn’t getting buried."

Let's say the beer batter sounds good but you don't really like fish.

What do you order?

That's when you go for the restaurant's eponymous offering: The Salty Dog.

That entree, a quarter-pound hot dog made by Geier's Sausage Kitchen, is deep-fried and dipped in the same batter as the fish and chips, and Shear estimates that The Old Salty Dog sells about 50-75 of them a day.

Fish and Chips at The Old Salty Dog 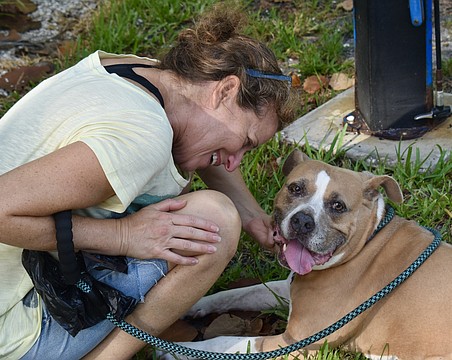 A day in the life of a Longboater: Meet TPC's Suzy Brenner 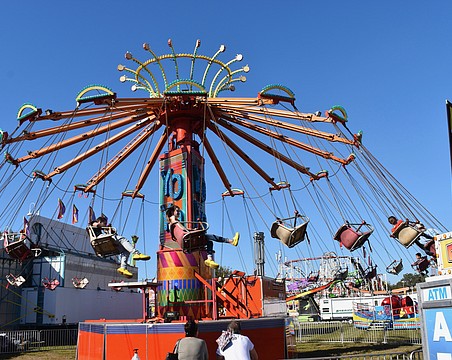 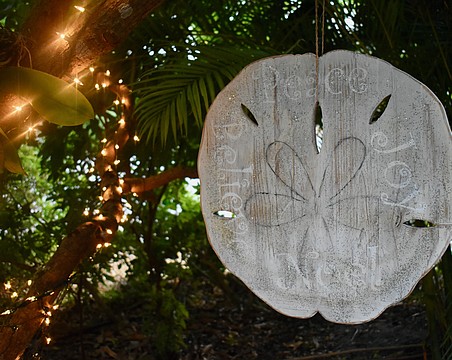 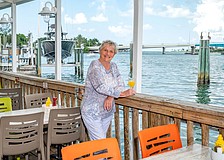 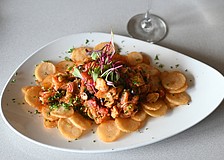 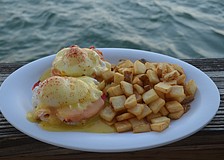 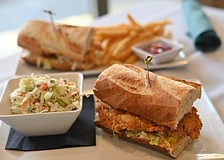 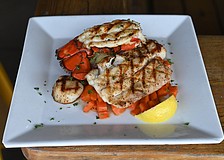