The Sarasota Ballet kicked off its new season with a program that consisted of three world premieres.

For the past 15 years, under the leadership of director Iain Webb, the Sarasota Ballet has been touted as the company preserving the history and integrity of classical ballet, specifically the work of Sir Frederick Ashton.

This past weekend the company opened the 2022-2023 Season and proved they are also focused on the future. The Sarasota Ballet is focused not only on fostering the future of choreography but also dancers and audiences as well.

Program 1, fittingly called “Premieres,” opened with resident choreographer Ricardo Graziano’s, “The Pilgrimage.” Graziano has been creating ballets for the company for several years but this one exuded a different sense of maturity.

The choreography and performance from a stellar cast entirely evoked the scene in the program notes.

“The Pilgrimage transpires in a deserted land, where a group of nomadic people wander … while facing difficulties and pleasantries of the journey. As a community, they count on each other and their beliefs to get through the hard times and find the strength to move on.”

Marijana Dominis and Emelia Perkins are dancing stronger than ever and provided the more upbeat moments or “pleasantries of the journey.”

Richard House’s “Living Ghosts,” was up next. Inspired by Surrealist artists, the ballet is “an evocation of the memories that greet us at the moment before our minds rest.”

House, a junior principal dancer with the company, is gifted not only choreographically but also has an eye for casting. Danielle Brown and Ricki Bertoni, who are rarely paired together, were fabulous in the 3rd Movement Duet. Hailey Stinchcomb, an apprentice, showed tremendous potential with Daniel Pratt in the 5th Movement Duet.

A mix of neon track suits, ankle socks and pointe shoes, the dancers balanced the technical difficulty with fun.

A high-energy cast was led by principal couples Giménez and Iglesias and Dominis and Luke Schaufuss.

The solo couples were a great mix of new and tenured talent with Evan Gorbell as the standout.

Immediately following the performance was the launch party for The Sarasota Ballet’s Releve, a society to develop younger audiences. Young audience members (ages 21-45) from across the community gathered for food and drink outside the theatre as they mingled with ballet dancers and staff. 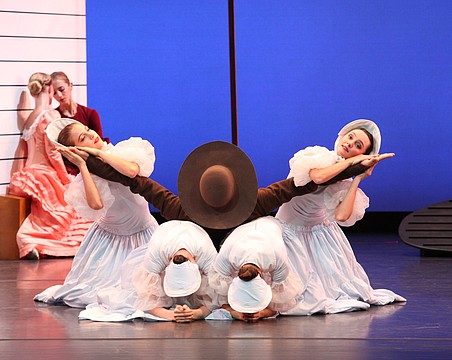 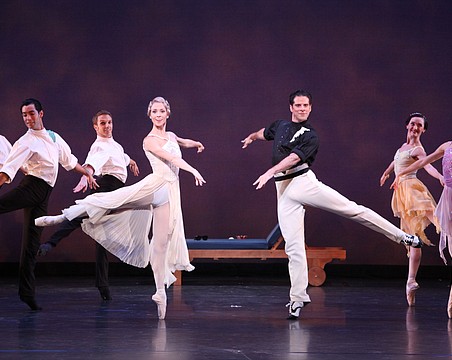 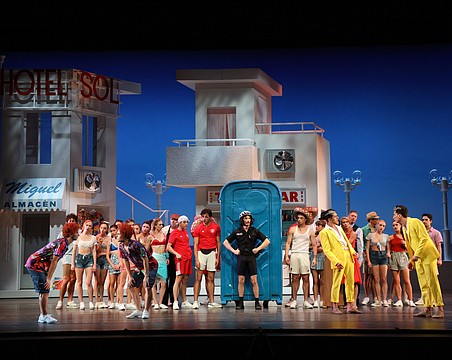 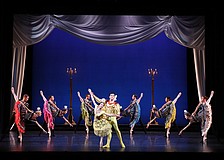 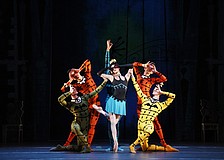 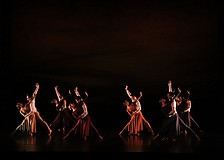 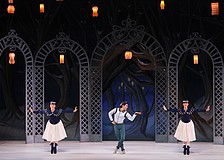 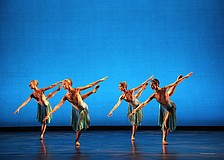 Sarasota Ballet takes on a different style in ‘Moving Identities’