At a cost of $65 million, the Sarasota City Commission approves $48 million in TIF-backed bonds for the second phase of The Bay park redevelopment.

Only minutes after the contentious discussion over the management of Municipal Auditorium, leaders of the Bay Park Conservancy were back  facing the Sarasota City Commissioners, this time seeking approval for funding of the second phase of The Bay, which carries a price tag of $65 million.

Minus $12 million in government grants and $5 million in private funding, a city bond of $48 million in tax increment financing-backed bonds makes up the balance of the funding. That revenue is derived from an additional tax on new development and rising property values in the area immediately surrounding the 53-acre city-owned property west of U.S. 41 between Boulevard of the Arts and 10th Street.

Phase 1 of the park is set to debut with a 10-day grand opening event beginning Oct. 14. The 14-acre phase features largely passive recreation space, nature trails, an event lawn, playground, a mangrove bayou and a welcome center, among others. In all, The Bay is estimated at $150 million, the capital investment equally divided between private and public funds, the public portion and ongoing operations paid for by the TIF revenue.

With the eventual approval of the bond financing — which was unanimous — Commissioner Hagen Brody floated the idea of conflating the funding with the Municipal Auditorium lease issue. The auditorium is central to the Cultural District of Phase 2.

“Because of the conversation we just had about The Players and the Municipal Auditorium, I think this commission should continue this item. This is literally the only carrot that you'll have to negotiate with these folks,” he said. “I've been pretty involved in that discussion for a year now and The Bay hasn't budged. They want to get this done. It is in my view the only thing that you'll have to be able to leverage your position, whatever that ends up becoming in the future.”

Brody, who as a member of the Bay Park Improvement Board voted to approve sending the bond vote to the City Commission, questioned the price tag of Phase 2. It includes rehabbing the sea wall along the public docks canal near 10th Street and construction of day docks (Canal District, $15 million), a sunset boardwalk and pier ($15 million), improvements on the western shoreline ($15 million), and the Cultural District ($20 million).

He also questioned the level of private contributions to the project going forward.

Bay Park Conservancy CEO A.G. Lafley, who as retired chairman, president and CEO of Procter & Gamble, defended the  cost projections, its expense share and the need for expediency.

“Bond rates right now are running a bit above 4%. Inflation is running, eight-and-a-half to 10%,” he said. “Depending on which index you look at the math is super simple. Every year you wait, you’re going to spend 8 to 10% more on this improvement. What matters is the difference between the rate you can borrow at and the rate you're going to pay for the inflated cost of whatever your construction or project is. Every week, every month is worth real money.

“On the second point, 90% of (Phase 1) was paid for by private money,” he continued. “Of $40.5 million $55 million was raised. We're out there raising $24 million right now, $12 million between now and the end of next year. So to say that the private money hasn't done its part is not true. … We've been delivering our numbers, so if you have a better estimate, bring it forward.”

With the city's approval, the TIF bond will go before the County Commission to approve the TIF revenue to reconcile the bond debt. 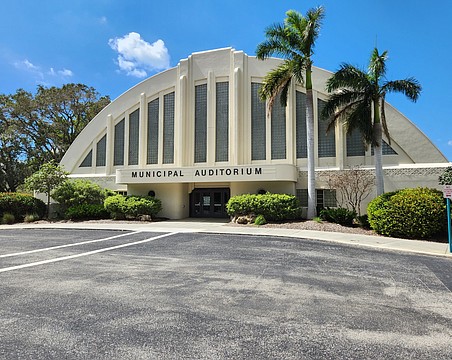 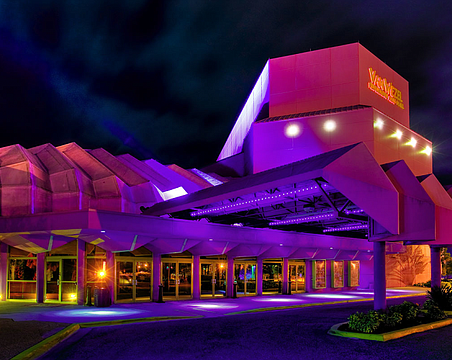 Van Wezel to share update on plans for new venue 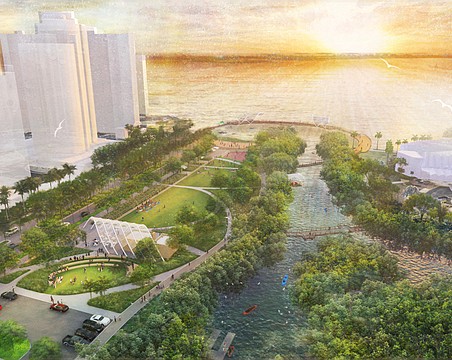 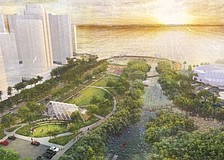 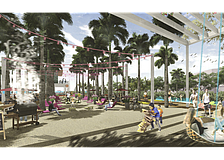 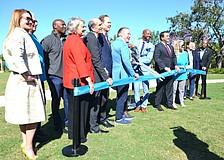 Dignitaries open The Bay with ribbon-cutting 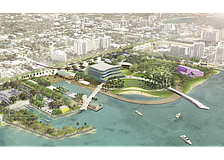 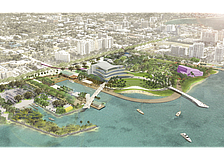