Underground utilities and a sea level rise study are among projects near completion at the end of the year.

Not unlike other jurisdictions across the nation, the town of Longboat Key has a laundry list of projects to complete.

Of the 18 active projects on the town's Public Works Department's to-do list, some are nearly wrapped up, some are under way but with some work to be done and some are still in the planning stages.

This week, the Longboat Observer will run through all of them and update their status as 2022 begins coming to an end. Follow along on pages 5 and 7 for updates on the other stages of project work.

The town’s underground cable project is nearing completion with nearly all stages of all phases finished.

In the underground electrical design-build portion of the project, all work is done in phase 1. All underground infrastructure work is also complete in phases 2 and 3.

For phase 2, switching orders were submitted in August, but were delayed to allow for focus on restoration efforts after Hurricane Ian. On Oct. 27, the town received word that the orders have been re-engaged. All that remains in the phase is making final connections to all phase 2 meters and incrementally energizing them.

"(The storms) both impacted our project because when a storm of that magnitude approaches Florida, FPL redirects all of their resources toward storm preparation and then post-storm recovery," Public Works Director Isaac Brownman said. "All the work we were doing to get ready to start switch orders in phase two essentially got put on hold so FPL could divert their resources towards storm efforts."

In phase 3, Florida Power and Light has approved redline drawings and re-engaged the switch order process. Crews have installed service runs to the meter, which will expedite the meter conversion process. Final steps in the phase are the same as those in phase 2.

In phase 4, all conduit boring operations are complete. Crews have installed all but five switch chambers on Gulf of Mexico Drive. The remaining chambers are on a manufacturing delay. Crews are on standby and ready to set them as they become available. The town is targeting December for the work. Redlines are being prepared for FPL, so they can be approved and allow for the switch order process to begin.

Nearly all neighborhood street lights are installed in all phases. The GMD highway lights were scheduled for installation at the end of November.

According to the updated master schedule, all underground electrical infrastructure work remains on track to be complete on or before Dec. 31 including the give chambers for phase 4 currently on backorder. Installation of backordered street lights for GMD is also anticipated by Dec. 31.

Brownman expressed hope that energizing of the whole of the new underground system will be complete by spring 2023. Remaining work, including removing poles and wires, is the responsibility of the FPL. Once FPL work is complete, the project will be fully finished, which Brownman expressed should be around mid-summer 2023.

All that is left to complete in the town’s sea level rise study is the last portion of phase 4, the implementation plan. Phase 1, 2 and 3 are all complete. Phase 1 was categorized as the initial assessment. Phase 2 included data collection and analysis. Phase 3 was adaptation recommendations.

APTIM Environmental and Infrastructure conducted the study for the town as it works toward implementing changes to deal with expected environmental changes.

The town has received about $131,289 to support the project.

The report found the Mobil gas station, the town’s only filling station, is prone to disturbance flooding. However, other commercial businesses such as the Bank of America, Suntrust Bank complex, Cannons Marina and Harborside Marina are subject to nuisance flooding.

Staff will provide an update to the commission at its Dec. 12 workshop. The town already dedicated American Rescue Plan Act funds, about $1.8 million, to help offset costs of recommended actions. A full scope of costs is still in the works with staff planning to pursue relevant grant funding for remaining costs.

Under the same umbrella as the sea level rise study, the town conducted drainage assessments of the Sleepy Lagoon and Buttonwood Harbour neighborhoods, which historically experience flooding issues during heavy rain and high tide.

"One of the primary enhancements recommended is raising the roads," Brownman said. "It's just the reality of the town. We are a barrier island and portions of the island were built extremely low years ago...there's not a lot that can be done with the existing infrastructure without raising the road."

Data collection, area elevation and topographic surveys have been completed. The town commission will be updated at its Dec. 12 workshop before next steps are finalized. Kimley-Horn, a planning and design consulting firm, conducted the neighborhood-specific studies.

Other projects near completion

Consent order: On June 29, 2020, the town discovered a leak in its primary force main, and repair was completed on June 30, 2020. As a result of the discharge of sewage, the town entered into a consent order with the Florida Department of Environmental Protection on Feb. 24, 2021. The order included a number of deliverables and a commitment to complete in-kind projects in lieu of a penalty payment. According to the report, the town has turned in all deliverables on time. FDEP approved the town’s corrective action plan and evaluation summary. The town paid $15,000 to the Nature Coast Mitigation Bank. A revised restoration plan will be submitted to FDEP with a beginning date staggered until after completion of the mainland portion of the line lining project. The town’s final report is due in early 2023.

Complete Streets Corridor Plan: The plan will produce a guidance and implementation document for the future design and construction of complete streets elements into the full Gulf of Mexico Drive corridor. Improvements include wider bicycle lanes, a wider trail, traffic calming opportunities, pedestrian refuge areas, left-turn lane recommendations and landscaping. The plan’s development is about 90% complete. A town commission update will be given at the Dec. 12 workshop before staff produce the final plan document. 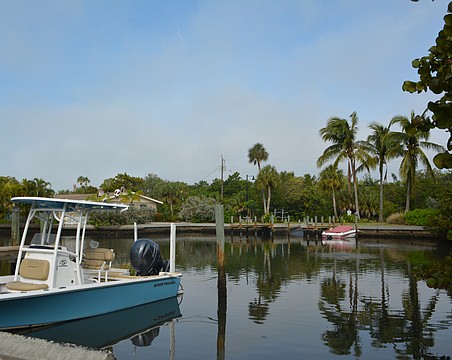 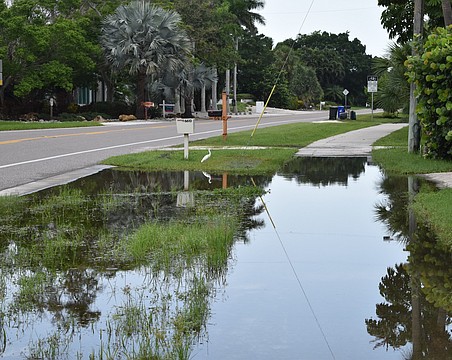 Engineer on sea level rise: Longboat Key is ahead of other Florida communities 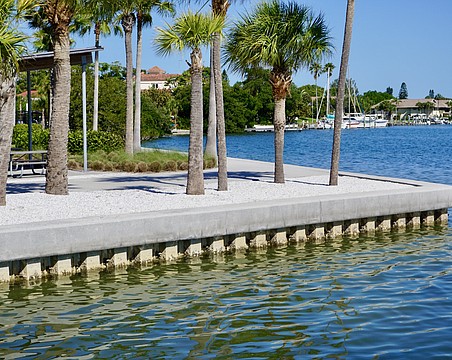 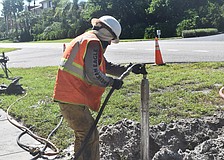 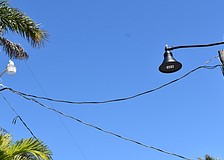 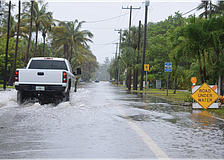 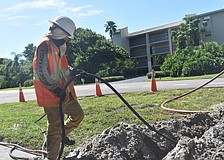 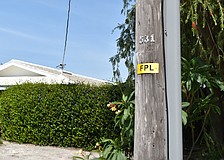