Junior Nate Smith reached the state tournament in his first, wrestling at 285 pounds. Smith spent the offseason working on his technical skills.

Nate Smith made an immediate impact.

Now a junior at Lakewood Ranch High, Smith joined the wrestling team a year ago as a sophomore after Head Coach Pat Ancil told him he didn't have a choice.

One look at Smith reveals why Ancil wanted to give him a big push toward the mat. Smith is 6-foot-1 and wrestles at 285 pounds. He plays on the defensive line for the school's football team, and recorded 29 this past season.

Smith did not win a title in his inaugural wrestling season, but he did make the state tournament, bowing out after losing his first two matches. It was the first time in program history that a Mustangs wrestler went to states in his first season.

Smith said he spent last season relying on his physical gifts to get him through most matches. When he got to the state tournament, he ran into more technical wrestlers, and he struggled.

"I did not have enough tools in my belt," Smith said. "I saw things I didn't see at the district or regional tournaments. This season, my focus is adding moves and getting out of stuff that I saw at states."

That includes learning the "spladle," a defensive move designed as a counter to single-leg takedowns. Smith said he's also working on improving his riding time.

Smith is known to coaches and teammates as "Oklahoma," as he's from Sallisaw Central, Oklahoma. His family moved to Lakewood Ranch in August 2021. It's a nickname as simple and old school as the town where he was born, Smith said. That's why he likes it.

It's appropriate the Sooner state native became a state-level wrestler faster than most first-time wresters. Smith, like many athletes who go from the gridiron to the mat, said he expected wrestling to be easier on his body and mind than football. Smith was wrong, he said.

"After the first day, I thought to myself, 'Oh, these guys are a different breed,'" Smith said. "I was so sore. You use a lot more of your shoulders and hips in wrestling. You have to be flexible enough to move around the mat. It was hard, which is why I fell in love with it."

Though the sport requires overall strength, Smith still believes his football background helped him get up to speed in wrestling. Being a defensive linemen in football, Smith's job in both sports is to move an opponent's body where he wants it to go.

It is also why Smith appreciates the team aspects of wrestling. He said his favorite moment from his first season was the team's district meet, which the Mustangs won. Smith said Lakewood Ranch needed three wins — one each from Smith, 220-pound Will Moran and 106-pound Andres Anastasi in their respective brackets — to clinch the team title, and all three won.

Smith was one of 15 wrestlers who traveled to Columbus, Ohio, in July for a four-day camp at Ohio State University. Under Coach Jim Ryan, the Buckeyes perennially have one of the top wrestling programs in the country. They finished 13th at the 2022 NCAA Championships in March. Smith said getting to practice his newly-learned moves on elite-level wrestlers was an eye-opening experience, as was seeing the Buckeyes' dedication to conditioning and pushing themselves to — and past — their limits.

"There was no stopping," Smith said. "In a three-hour session we had one water break. It gave us the feeling of what it takes to be a college wrestler at that level."

Smith has continued the hard work since returning from the trip. In lieu of going to the gym, Smith prefers to train at his home, doing mountain climbers, push-ups and other body weight workouts, plus lifting dumbbells. His focus is on his upper body; Smith said he feels like he has enough strength in his legs already.

Smith is confident the 2022 season, which officially began Nov. 28, will be a successful one for himself and his teammates.

"The team is grinding," Smith said. "We're all getting better by the day. The teams out there that are slacking off, we're going to get them."

Pirates have top athletes, too

Other East County wrestlers are expected to have big seasons as well. 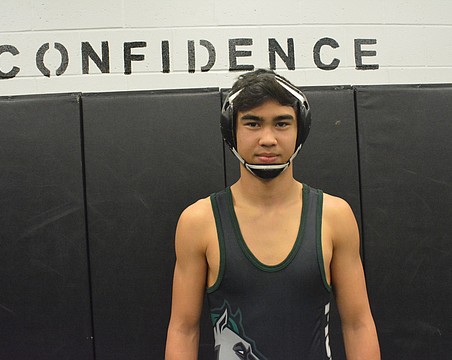 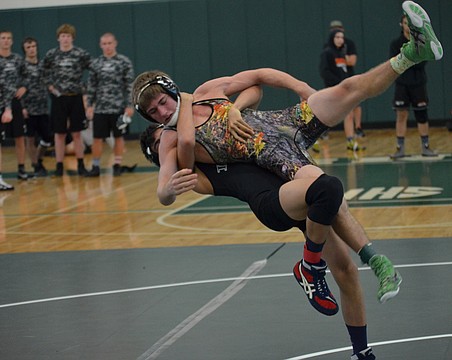 Mustangs on the move 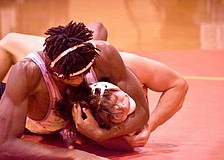 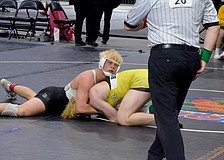 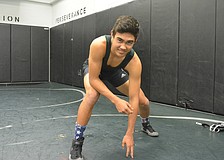 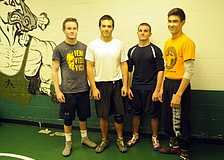 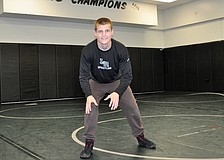