One group makes its mission playing interesting music. And the other finds fulfillment in contemporary dance. So it's only fitting they work together.

It was an instant marriage between Sarasota Contemporary Dance and EnsembleNewSRQ, a partnership that made sense immediately to both parties.

And then they had to figure out how to make their worlds work together.

Leymis Bolaños Wilmott, the artistic director of Sarasota Contemporary Dance, laughs easily when she’s asked if she expected off-the-wall music in a collaboration with enSRQ.

Samantha Bennett and George Nickson, the creative engine of enSRQ, provided the music on the program, and Bolaños Wilmott pulled in dancer and scenic designer Sharon McCaman to create a set that immerses the audience in the music and the movement.

Bolaños Wilmott says that as soon as she heard each piece on the program, she could easily envision which pieces would be a duet and which pieces could have the whole company.

"I was thinking of this work like creating architectural movements within the space. It gave us a lot to play with, the arrangements and intentionality of George and Samantha providing this beautiful palette.”

The program opens with “Rebonds B,” an intricate piece of solo percussion, and it ends with “Varied Trio,” which will bring the entire company out at points during its five movements.

Bennett will be playing the violin, and she says Nickson will play unconventional percussion instruments at points including baking pans and rice bowls. Pianist Jesse Martins will join the pair on “Varied Trio,” and he’ll both pluck the strings and strike them with a mallet.

“It was exciting for us to think about pieces we’ve played and want to showcase and also tell a story,” says Bennett. “Thinking about it with dance in mind, what kind of music would work.”

EnSRQ also chose to play “About Escher,” a piece for violin and marimba, and “Darshan-Bihag,” a solo violin composition written by Reena Esmail in 2021.

“About Escher” is a longer three-movement piece, says Bolaños Wilmott, and the hard part of choreography becomes sustaining the momentum in the quieter moments.

“Hot Pepper,” a composition by Bright Sheng, is an interesting bridge near the end of the program. Bolaños Wilmott says she hears a fun call-and-response in the music, which isn’t just technically difficult, but it also requires precise timing for Bennett and Nickson.

“We want that to be really tight,” says Bennett. “The dancers need us to be very consistent. If you jump and land, there’s only a finite amount of time you can spend suspended in air.”

As for the dancers, most of the work is fully choreographed, but Bolaños Wilmott says she’s left a little bit of spontaneity for the final rehearsals in the actual performance space.

Bolaños Wilmott says it was fun to choreograph moments for the whole company, and she also found solo moments for Sea Lee and for Melissa Rummel to shine on their own.

“She’s already a gorgeous and athletic dancer, but I really wanted to push the physicality,” Bolaños Wilmott says of Rummel. “She did say, ‘Leymis, this moment right here is hard.’

“I’m sure she’s going to make it look effortless. I played with floor work and with suspension, holding something as long as possible and then breaking out of it quickly.”

Bolaños Wilmott says this is the first time she’s worked with a visual artist in setting the stage, and she’s excited to bring that element of work to bear with music and dance.

The whole company will dance at points of the opener and the closing compositions, and Bolaños Wilmott says the five pieces will take the audience on a journey of sight and sound.

“I just really want the audience to feel a part of the experience, to be wowed, to be immersed in our world in a way we haven’t been able to do before,” she says. “Hearing live music, seeing live bodies move, it should be the appetizer, the main course and the dessert all in one.” 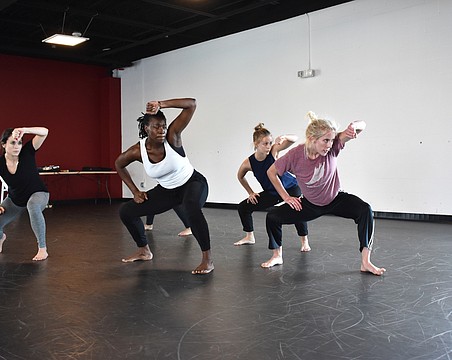 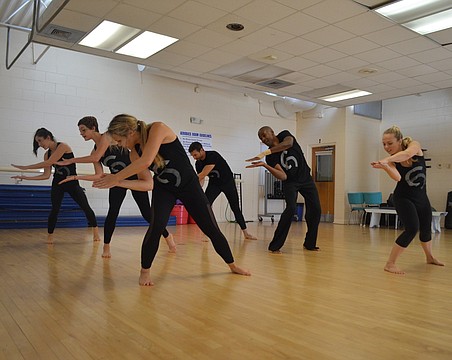 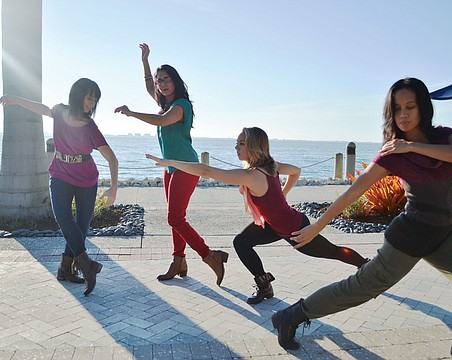 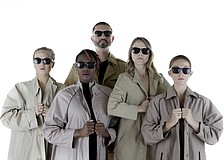 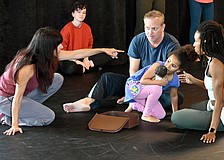 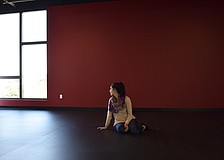 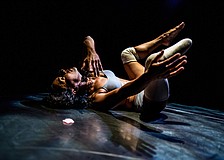 Dancing Through Life: Performer tells her story through dance 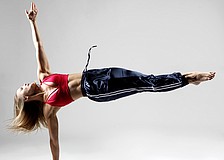 Sarasota Contemporary Dance's 'Evolving/Revolving' looks back and ahead