Thanks to an assist from the Food Network, the Sarasota restaurant is extra busy every Thanksgiving season.

You don’t have to call Matt Rebhan to tell him he’s on TV again. His cash register is already ringing off the hook.

Rebhan, the proprietor of Alpine Steakhouse, is currently working through his busiest season of the year thanks to a brush with culinary celebrity that occurred more than a decade ago.

Rebhan and his restaurant’s signature dish, the turducken, were featured on the Food Network’s “Diners, Drive-ins and Dives” hosted by Guy Fieri in 2007, and the resulting notoriety helped fuel the Sarasota institution’s growth into a national footprint.

“They play it year after year. And you can tell,” he says. “If the show starts at 8:30 at night, I’ll be answering calls until midnight. We have an app on the phone that shows us emails of all the orders coming through and it will just be like, ‘Ding ding ding ding ding.’ Then we come in the next day and we start boxing them up and shipping them out.”

Rebhan is a third-generation restauranteur, and the steakhouse and meat market he runs was opened up by his grandfather, Henry Rebhan, in 1975. Mark Rebhan, Henry’s son and Matt’s dad, ran the steakhouse for decades, and he brought the turducken — which is a deboned turkey with a deboned duck and chicken cooked inside of it — here to Sarasota.

The dish originated in New Orleans and rose to national consciousness in 1996, when football analyst John Madden tore one apart on national television. Matt Rebhan says he tried for years to get one of his turduckens in front of Madden to no avail; but then one day in 2007, his restaurant’s fortunes changed when Fieri came calling.

At that point, says Rebhan, Alpine was lucky if it sold more than 12 turduckens in a given year.

“We didn’t even have a website at the time,” he says. “Talk about growing pains. 'How are we going to do this? This is going to be insane.' We thought we had a few months to figure it out before it aired on national tv. But it hit front page on the Herald-Tribune the very next day. I think everyone in Sarasota wanted to try turducken overnight. It was incredible.

In retrospect, it’s easy to see why the video became iconic.

There’s Fieri, one of America’s most recognizable food personalities, dropping catch phrases like "That was money, dude," perhaps before they had entered the national vernacular.

“This is kind of like culinary Disneyland for a dude like me,” he says, sunglasses perched backward on his head as he watches Rebhan demonstrate deboning technique.

After Rebhan seasons and begins grilling the turducken, Fieri speaks up again.

“I bet you have a lot of friends come Thanksgiving and Christmas time.”

Before the segment ends, Fieri pronounces that the dish is “a flavor fest."

The Alpine Steakhouse turducken became an overnight success, and Fieri later featured the dish on another Food Network program. But first, Saturday Night Live took notice. Cast member Bobby Moynihan did his best Guy Fieri impression during a 2010 Weekend Update segment, and toward the end, he referenced Rebhan’s moment in the sun.

Rebhan’s turducken has matured over the years, but the recipe is largely the same.

The developments have come in the way that Alpine Steakhouse has mastered assembly.

Alpine Steakhouse tried bringing in deboned turkeys, ducks and chickens, says Rebhan, but they found that the process was done by machines and didn’t leave enough margin for error.

Now, he says, they divide the labor to make sure each bird is properly stitched.

“Typically when we make them, we set up a little factory line,” he says. “We’ve got some people boning them, some people stuffing them and one or two people sewing them. That’s it.

"You’ve just got to plan your day around it, and it’s typically done on a day we’re closed.”

Once the meats have been deboned and conjoined, that’s when the cooking process starts. Rebhan says they leave the skin on the meat to carry some of the Cajun seasoning. The only bones left in the turkey are the wingtips and the drums to keep its aesthetic shape. Otherwise, it’s just a 25-pound turkey with a chicken and a duck shoved inside.

"The whole cavity has been removed,” says Rebhan. "That allows the heat to penetrate the inside of the bird. It’s a very low and slow process. The Big Bird is right around a 12 or 13-hour bake at 200 to 225 degrees. Each set of birds comes with a different set of instructions, but they’re so dense that it takes a low temperature to let the heat penetrate.

"For the last hour of the process, you’re basting it. And then you’re turning up the heat to brown it.”

The Alpine Steakhouse turducken also includes stuffing between the layers of meat that includes cornbread and sausage.

The full bird costs $299 and can be shipped anywhere across the country, and Rebhan says he’s sent a full turducken all the way to Hawaii and to Puerto Rico.

Alpine Steakhouse has also begun selling a smaller turducken dubbed the turducklet, and it offers a turducken roll and a turducken half-roll for families feeding fewer people.

The full turducken sold out this year, and its preparation consumed the staff for much of October.

First they’re assembled, says Rebhan, and then they’re frozen and packed in Styrofoam for their journey.

“We just had FedEx come by with a ground truck and an express van,” Rebhan said weeks before Thanksgiving. “I had 40 birds leave today. We ship Monday through Wednesday to ensure these products leave in the working week so they don’t sit in a warehouse overnight or on the weekend.”

At this point, Alpine Steakhouse has stopped counting how many turduckens it sells. Seven out of every 10 turducken customers, Rebhan estimates, is ordering it on a regular basis, and people who pick up the turducken locally are able to get it on Monday or Tuesday the week of Thanksgiving.

The staff makes them for Christmas, for Thanksgiving and for Easter. And they sell out every time.

Rebhan says the preparation of the dish is complicated but also rewarding, and he says he’s been amused to see the trend blossoming out in the world of social media. He’s seen seafood turduckens with shrimp, and he’s seen stuffing with nuts and cranberries. He said he’s even seen something wild like a steer inside of a lamb or something like that.

It’s crazy, says Rebhan, and not something he ever could’ve foreseen a decade or two ago.

“Never in my wildest imagination would I have thought that this would have exploded into what it did and that we get to continue to make as many as we do,” he says. “After you get the Food Network treatment, it’s like, ‘OK, boom, everybody wants it and then they’ve got to try different things.’ But this has really stuck and become a tradition for families and for customers.” 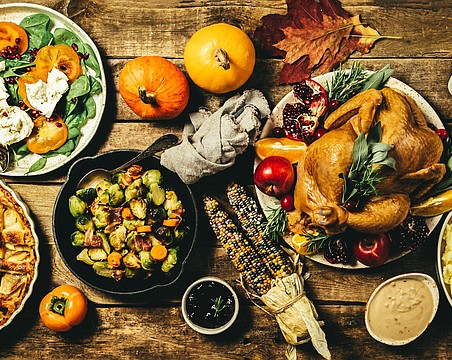 Feast fitfully this Thanksgiving with tips from local chefs 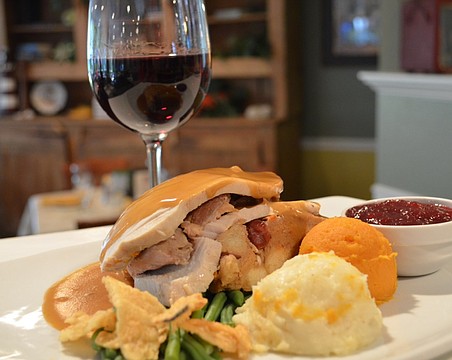 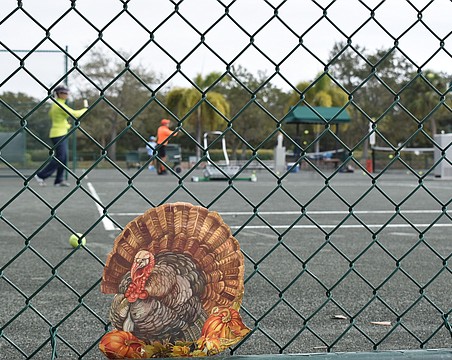 Giving thanks, the Longboat Key way 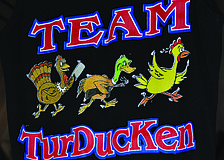 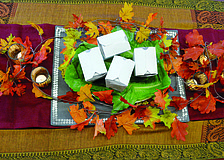 The procrastinator's and accident-prone's guide to Thanksgiving 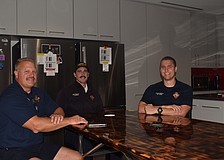 Workers on Longboat Key share stories of Thanksgiving on the clock 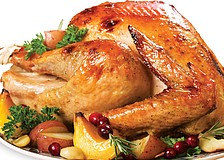 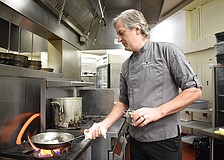