Polo Run has become the most recent neighborhood to add a Community Emergency Response Team.

Although a Community Emergency Response Team team has served the original Lakewood Ranch CDD neighborhoods for 15 years, neighborhoods in the Stewardship District have established their own CERT programs to provide better reach throughout the area.

“CERT is a perfect example of how we're coming together to try to make the community better,” said Carlos Martinez, who has served as president and director of Polo Run’s CERT group since its founding in August.

The objective of CERT is to provide community members with training in first aid, as well as other skills such as basic firefighting, and to provide Manatee County's emergency response agencies with important information — such as blocked roadways or downed power lines, during storms.

CERT offers educational programs on topics such as hurricane preparedness and CPR.

While Lakewood Ranch CERT, which is headed by Jim and Karen Emanuelson, has long served the area's original Community Development Districts, comprising Summerfield, Riverwalk, Edgewater, Greenbrook, and Country Club, the rest of the community, known as the Stewardship District, is leading an effort to expand the organization’s reach.

Stewardship District Director Anne Ross said a grassroots effort has begun to establish CERT programs in neighborhoods that already don't have them.

“It’s those individuals who are excited about it talking to their neighbors, so that their neighbors understand what a help it could be for their own individual families, and for the neighborhood,” she said.

Jim Moran, a member of Del Webb’s CERT program, said it will be useful during a disaster because it utilizes residents’ knowledge of their immediate area.

Members will know which homes might be unoccupied or what neighbors have generators and supplies, he said. He said if the group can report the absence of any major problems to emergency agencies, they can concentrate on places that need them more.

The efforts are converging, Martinez said, on a large scale through a Lakewood Ranch CERT coalition.

Martinez and his wife Vivian Martinez established Polo Run Lakewood Ranch CERT as a nonprofit and chose to self-fund the organization to prevent additional expenses for the HOA.

The Polo Run group currently has 13 members while Charles Kennedy, who leads the Del Webb team, said his group, which was established in 2020, has grown to 22 members.

At first, Kennedy said, the club tried hosting community events, but discovered that one-on-one conversations were the most effective method for recruiting new members.

A positive relationship with the Del Webb homeowner’s association was important, Kennedy said. Many CERT groups depend on the funding from their their HOA.

“They’ve really been very helpful as a core group, as a catalyst for information and growth in our group,” said Moran, noting that the organization had offered training for Stewardship District residents when space was available.

“We are very fortunate to live in this community,” Del Webb’s Lynn Woodward said. “Everybody helps everybody else. I always hope that we will never have to use what we've learned. But we want to be prepared if we do.” 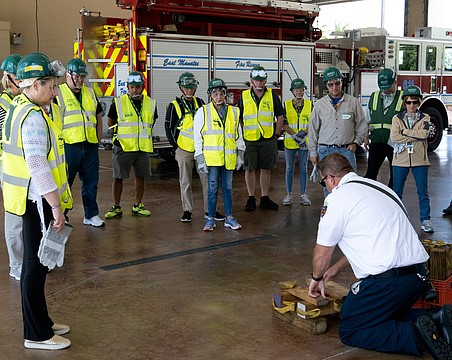 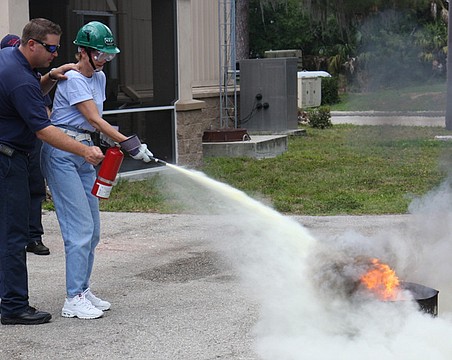 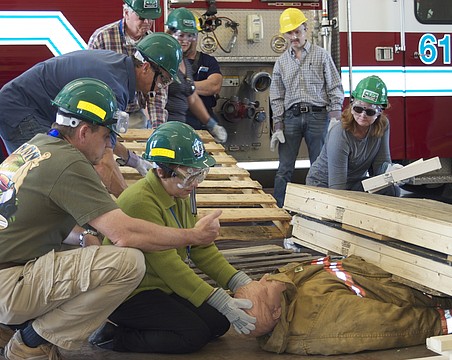 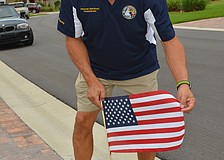 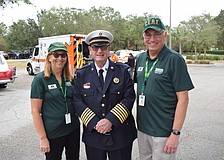 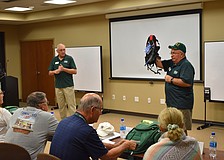 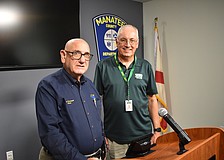