Neirda Thompson-Pemberton practices what she calls “educational espionage.” Her secret weapon? Fun. It’s so fundamental to her mission that she named her nonprofit FUNducation, which engages school-age kids in science, technology, engineering, arts and math — most commonly known as STEAM.

“A lot of kids — I’d say most kids — are intimidated by math and science,” she says. “They just think they can’t do it. I try to set it up where they’re having so much fun — and we slip some learning in there. ‘Oh, you came to play, huh? Well, we just taught you something!’ It’s the ultimate gotcha.”

Thompson-Pemberton, 43, says this with such gusto, such glee, that you can easily see a group of young ones in an after-school session being stealthily educated by such an effervescent personality. She describes herself as a “Black, female, Haitian-American civil engineer — something you don’t run into all the time.”

That unique combination helps her relate to a wide range of children.

“I initially targeted middle-schoolers,” Thompson-Pemberton says. “But even in middle school I found it could be too late. I’m after the elementary school kids, especially girls and minorities. One day I’m going to start right in the womb. I’m waiting for science to get me there.”

She’s FUNducation’s founder, organizer and boots-on-the-ground instructor. The nonprofit has no brick-and-mortar location — “yet,” Thompson-Pemberton adds — so she takes her programs on the road to places like Braden River Library, the North Sarasota Library, the Palmetto Youth Center and even people’s homes. Further, she uses her skills in educational espionage to recruit specialists in various fields to show up and share their expertise.

A major part of FUNducation’s programming involves putting teams into First Tech Challenge, a regional robotics competition. One such team, which includes members from Lakewood Ranch, Booker and Pine View high schools, has been afforded a special opportunity. Thompson-Pemberton arranged a partnership with Lakewood Ranch-based RND Automation, whose specialties include robotics.

“They have a mechanical engineering specialist who will work with the team to show these kids what it looks like to do robotics in a real-world setting,” Thompson-Pemberton says. “And they’re giving us access to the machine shop and the printers.”

Jared Duckworth, 15, is on one of the Tech Challenge teams. He’s been involved in FUNducation for five years, says his mother, Jenny Duckworth. As a fifth-grader, Jared was interested in joining a team competing in the First Lego League, a precursor to the First Tech Challenge. Soon they ran headlong into Thompson-Pemberton, and, like so many kids, Jared was pulled into her force field.

“He was nonsocial, shy, didn’t have a lot of friends or interests other than the usual boy stuff,” Jenny says of her son. “He bonded with Neirda. To say that she has a passion for what she does is an understatement. FUNducation has really helped him blossom.”

Jared, a sophomore at Manatee School of the Arts, now has a career focus: robotics engineering.

Thompson-Pemberton, who has lived in Lakewood Ranch since 2011, grew up Neirda Lafontant, the middle child in a Haitian family that lived in a rough section of Brooklyn, N.Y. Her no-nonsense mother, Marie Toussaint, was “very passionate about our doing something — doctor, lawyer, engineer, what have you,” her daughter says. “My godfather was an engineer. I had uncles who were engineers.”

When a piece of furniture needed assembling, Thompson-Pemberton jumped at the opportunity. When something in the home broke, she fixed it. “After senior year, I had already decided I was going to be an engineer,” she says. That’s when her father decided to relocate the family to Port Charlotte. Overnight, the bustle of Brooklyn turned into the quiet of a town populated largely by seniors. Neirda experienced some “culture shock,” but used the calm surroundings to focus on her studies.

She first matriculated at Edison Community College (now Florida Southwestern State College), moved on to Florida Institute of Technology, where she earned a bachelor’s degree in civil engineering, and then notched an MBA from Webster University. Thompson-Pemberton worked as a civil engineer on projects in various Florida cities.

In 2019, she transitioned into education, joining a team that piloted the STEAM-focused Woz ED program started by Apple cofounder Steve Wozniak. Thompson-Pemberton worked at Palm View K-8 School in Palmetto, where she taught middle-schoolers. She founded FUNducation in 2019 and “still managed to find a guy and get married,” she says. Neirda took Courtney Patrick Thompson-Pemberton’s hyphenated name.

Thanks to a $120,000 grant from the Charles & Margery Barancik Foundation in February, Thompson-Pemberton was able to turn FUNducation into her full-time job. She’s the nonprofit’s only paid employee. Thompson-Pemberton credits her five-member board for fundraising efforts that allow the FUNducation to operate on a budget of “$150,000 to $200,000 a year.”

The organization’s catchy name did not come easily. “It took forever to come up with something,” Thompson-Pemberton says with a chuckle. “I was always saying, ‘we put the fun in education,’ ‘we just want to make education fun.’ One day it dawned on me. I’d been saying it the whole time. Let’s call it FUNducation.” 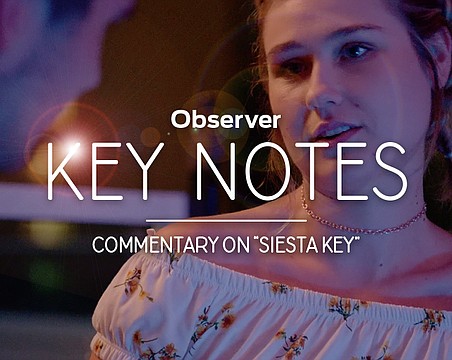 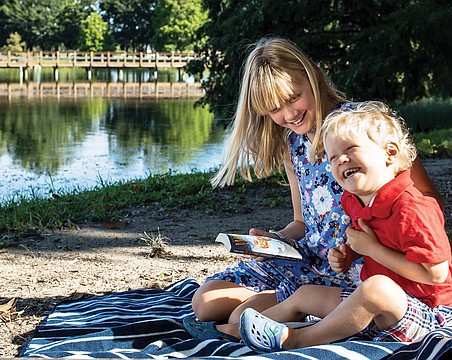 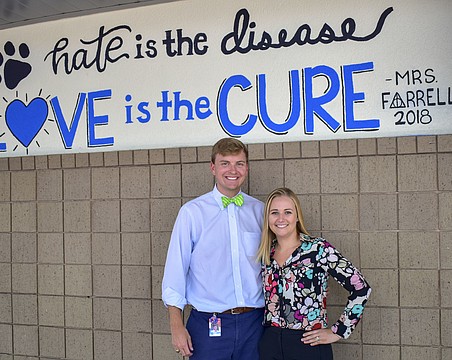 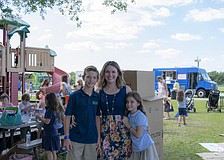 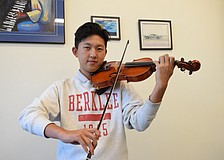 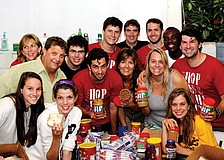 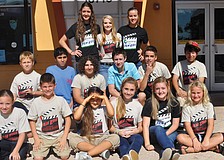 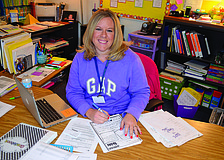