The high school football programs have lots of work to do after disappointing ends to their seasons.

For the Lakewood Ranch High and Braden River High football teams, the 2022 season ended in different shades of disappointment.

The Mustangs entered the final week of the regular season at 6-3 and seeded seventh in its Florida High School Athletic Association Class 4S region, in line for a playoff spot — as long as it beat Booker High (6-5) at home Nov. 4 in the season finale.

They didn't, giving up 443 rushing yards in a 43-39 loss. The results caused the Mustangs to drop out of the region's top eight seeds, missing the postseason for the second-straight season at 6-4.

The Pirates (5-5) also fell in their regular season finale, a 36-20 loss to Port Charlotte High (7-2), but the FHSAA's ranking algorithm was more favorable to Braden River than to Lakewood Ranch and the Pirates kept hold on the final playoff spot in its Class 3S region.

Their reward was a matchup with Naples High (8-2), which handed the Pirates a 42-6 road loss on Nov. 11. The game was 35-0 at halftime and the second half was played with a running clock.

Now both programs will gear up for a long offseason. Lakewood Ranch High will be trying to find ways to take the next step toward being a contender in the playoffs. For Braden River, it will be a renewed effort to regain its status as one of the state's top programs.

The Mustangs will graduate key pieces like running back Kevin Everhart, who finished his senior season with 1,065 rushing yards (7.2 yards per carry) and 23 rushing touchdowns, plus 329 receiving yards and two receiving touchdowns.

On the defensive side, they lose senior linebacker Dylan Letaw, who had 61 tackles, and senior defensive end Cameron Caudill, who had four sacks.

West said he was impressed with what Dees was able to do despite his lack of experience, but the coach said he needs to improve "in all areas" in 2023.

"He needs to know our system better," West said. "He needs to figure out how teams are trying to defend us. And he just needs to feel more comfortable out there. I mean, he's played 10 games of football. He's got a lot of room to grow. Every week was a new challenge for him his year. But he answered those challenges. He's hungry to get better."

Dees said he is thankful for West's help in answering the myriad questions about everything from scheme to strategy. He and West said they consider the season to be a step forward for the program despite missing the postseason and are excited about getting another shot in 2023.

At Braden River, the Pirates will lose defensive stalwarts like linebackers Aidan Danger (58 tackles) and Tanner Wolfe (47 tackles) and leading receiver Craivontae Koonce (30 catches, 424 yards and two touchdowns), but will return most of its skill position players, including junior running back Trayvon Pinder (1,086 rushing yards and 13 touchdowns).

The Pirates played a lot of inexperienced players with mixed results, but Coach Curt Bradley is hopeful that pays off next season.

Bradley was not happy with his team's effort after the Hurricane Ian-imposed off week. The Pirates were 3-1 before the storm arrived and looked like a typically strong Braden River team, the lone loss being a 10-7 defeat at Manatee High (6-4).

The team went 2-4 after the off week.

"I don't know what happened yet, honestly," Bradley said. "We'll do some exit meetings with our seniors to figure out what it was. Sometimes you have a week off and it's hard to find that fire again. But that can't happen (in the future), so we have to figure it out."

Coaches from both programs said they need to make significant gains in the weight room to compete at the highest level. That will be a focus in the offseason.

At Lakewood Ranch, West said that while the upperclassmen understand the importance of commitment to the weight room, it can be a new concept for the underclassmen. West said it is important they get the message now.

At Braden River, Bradley said he and his staff have not done as good a job of developing his players through the off season. That has to change, Bradley said, as does how the Pirates think about conditioning. It's not only about the weight room or running.

"It's about taking care of your body in general," Bradley said. "Football is becoming a sport where guys are developing (quickly). There are a lot more mature bodies now. The only way to do that is by physically taking care of your body. Lifting weights is great but if you're not eating (smart) and consistently hydrating, you're going to lose weight and not be in the best form you can be. That's on the coaching staff and the players to make that a focus." 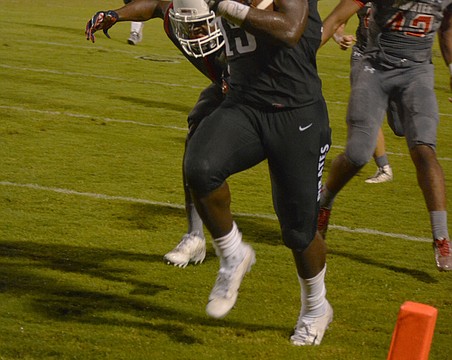 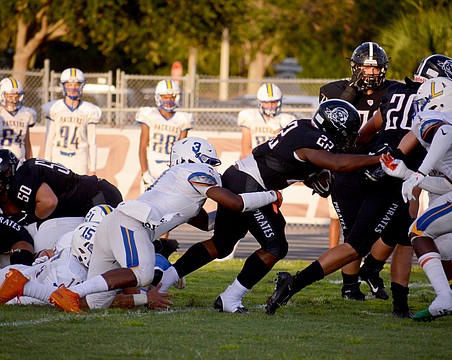 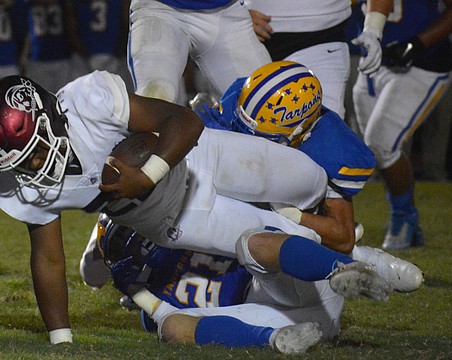 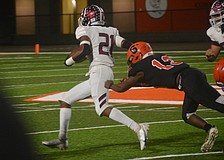 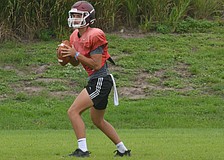 Pirates football does not expect to walk the plank in 2022 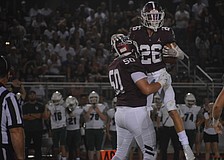 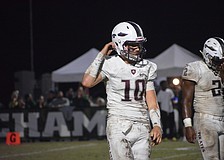 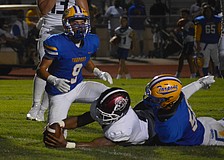