Town staff provided a report of the status of the beaches after nourishment projects and storms.

After a hurricane and a tropical storm in the last six weeks, Longboat Key's beaches remain in good shape with the potential for improvement where erosion is particularly common.

The town's Public Works staff presented their annual report to the Town Commission at Monday’s workshop.

Annual reports first began in June 2020 as commissioners sought information about the status of beaches and ongoing nourishment projects.

Parts of the report centered on the condition of beaches following Hurricane Ian. The town’s beaches experienced minimal impact from the storm as it made landfall about 50 miles south of its previously forecast track, generally with offshore blowing winds.

Conditions after tropical storm Nicole had not yet been fully analyzed, but beach consultant Olsen Associates performed a few initial aerial passes on the North End. A full review is planned for completion by Programs Manager Charlie Mopps starting next week.

The bulk of the presentation centered around results of the one year post re-nourishment survey conducted through July and August.

In 2021, 1.1 million cubic yards of sand were placed in five main areas on the key that experience high erosion along with the construction of five permeable rock groins on the north end of the island.

Nourishment projects aid in the town’s “design beach” plan for the ideal look and size of beaches on the barrier island. Ideally, the shoreline measures at least 120 feet wide. According to a graphic shown in the presentation, the majority of beaches on the island meet or exceed that goal.

Gulfside Road beaches continue to experience the highest erosion rates of any other beach on the island. The area is skewed the furthest from the desired “design beach” shoreline measurement. Seawalls that jut into the surf play the largest role in the narrower shoreline and erosion issues.

The rest of the island is much more stable in terms of erosion and response to nourishment projects.

Roughly 29% of the sand placed has moved from its original placement, but remains within the island’s system. The value is equal to about 325,000 cubic yards of sand shifted. Shifting sand is expected to be much lower next year.

“We had 325,000 cubic yards of material that was built up into the construction template shift down into the submerged areas of the beach,” Al Browder with Olsen Associates said.

Even though a significant amount of sand has moved, Browder said it still serves the island by providing the beaches with storm protection.

“We have 10 miles of beach and a lot of sand that was placed, so I am not at all alarmed or concerned by that number,” he said.

Areas of increased loss include the northernmost portion of the island, Gulfside Road and the south shoreline near New Pass.

The first portion of the Greer Island project was completed in August with the placement of about 1,000 cubic yards of sand and emergency dredging.

The second phase includes movement and placement of 25,000 to 35,000 cubic yards of sand on the opposite side of the bridge. The phase of the project is expected to take place by the end of this year and into early 2023.

For the New Pass project, the goal is to tighten the upper portion of the rock structure to limit sand leakage through and over the structure. Mopps is hopeful that the project will also begin this winter. 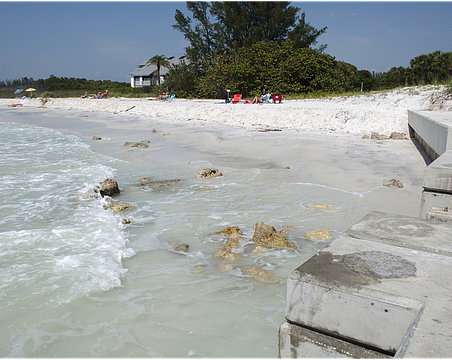 30,000 tons of sand being used for beach renourishment in Longboat 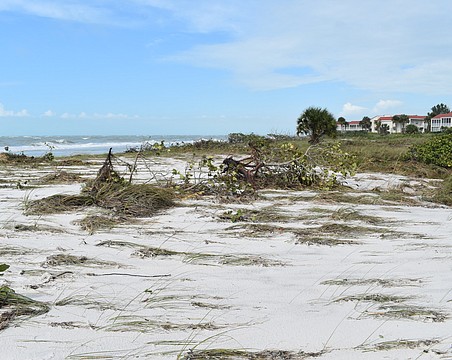 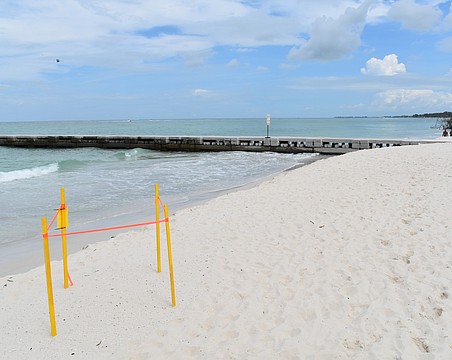 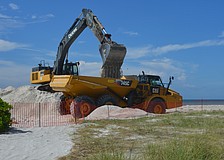 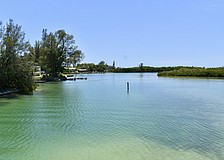 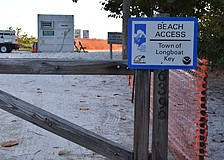 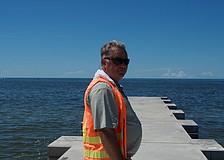 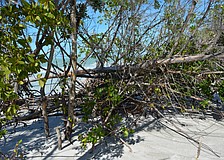 Longboat Key keeps trying to get handle on north-end erosion