At Home With: Carolyn Michel and Howard Millman

Their home on St. Armands has long served as centerstage for important fundraisers and social gatherings for artists, performers and the town’s social set.

Every house tells a story or two. Carolyn Michel and Howard Millman’s home on St. Armands Key tells several thousand. It’s the history of the couple’s lives, carefully curated and displayed. Some stories are funny, some are sad and some appropriately dramatic. The pair is, after all, Sarasota’s reigning power couple when it comes to the town’s thriving theater scene.

Carolyn may well be Sarasota’s leading actress, famous for her work on stage in plays about smart women, including Lillian Hellman and Dorothy Parker. Howard is the guy who saved the Asolo from bankruptcy, ran it gloriously for many years, and then, in theoretical retirement, masterminded the triumphal success of the West Coast Black Theatre.

Their home on St. Armands has been filled with illustrious characters. Edward Albee came over and admired the art, as did stars in town for benefits, classical musicians, Democratic politicians, and the town’s social set. Most local actors can find their way around blindfolded, and the money raised within its walls for the arts, AIDS and Jewish causes easily totals in the millions.

The place started life as a different sort of party house. It was originally owned by Sammy Dee, who ran the Elbow Room on St. Armands Circle, a famous hamburger joint from the 1960s. The same mid-century look of the restaurant found its way to the house, most notably the two-story “shoji screen” façade. Inside you’ll find the lines and proportions of a classic Florida home of the period, with a few unusual twists. Roll back the sliding glass doors and you’ll discover the house’s real party piece — a swimming pool in the shape of a martini glass.

It’s Carolyn’s house. Howard is a bemused consultant to the constant updates and tweaks, but it is Carolyn’s remarkable sense of self-anthology that gives the home its character. She saves things that are important to her.

There’s that unusual backless sofa in the living room. It belonged to Carolyn’s grandmother, and family lore says it’s where her parents did their courting. Check out the poster in the front hall. It’s for the Broadway show “Sid Caesar and Company,” which featured Carolyn as a foil to the famous comedian. Awards and citations fill the walls of the den, including the mayor’s proclamation marking Howard Millman Day.

There’s also much Sarasota history. Carolyn’s parents first came to town back in the 1950s. Members of a prominent St. Louis family, Barbara and Maurice Hirsch were socially conscious patrons of the arts, and their contributions are still in evidence all over town. That impressive modern sculpture at the entrance to the Van Wezel was a gift from the family.

Much of the Hirsch family furniture is here, along with an impressive art collection of contemporary pieces along with pre-Columbian artifacts. There’s a painting in the living room that Carolyn particularly loves. By the French artist Simon Auguste, it depicts a pensive young girl doing her schoolwork. “That was me,” she says. “Shy and uncertain but still very focused.” After a try at competitive waterskiing — she won several titles — she set out to become an actress. There were several summer stock and apprentice-type jobs before she returned to Sarasota hoping to land a job at a new dinner theater called The Golden Apple.

She was hired. The theater was run by Bob and Roberta Turoff. Roberta, who performed under the name Roberta McDonald, became a mentor to Carolyn and thus began her involvement in Sarasota’s art scene. Over the years she’s worked at every theater in town as an actress, director and producer.

Carolyn’s friendship with the Turoffs yielded another benefit — the house. They had bought it in 1976 and started to raise a family. When they needed more room, the Turoffs put it on the market. Carolyn, single and always off to some acting job in another city, dithered for months before she bought it. “I was terrified of owning a house,” she recalls. “It seemed overwhelming. How was I going to oil the ceiling fans?”

Carolyn quickly learned the answer to that question — hire somebody. Over the years, she developed a talent for homemaking and the house has come to suit her perfectly. “It became the center of my life,” she says with a contented sigh. “The perfect mix of people and memories.”

There was only one thing missing.

Howard Millman was a Brooklyn boy with a rare talent for both directing plays and running a theater. He had managed the Asolo from 1968 until 1980; then, when the theater was teetering on the verge of bankruptcy, he was asked to come back and turn things around. It was 1995.

Carolyn, a member of the acting company, was curious and apprehensive about her new boss. He seemed to have a little crush on her, but he was, after all, the boss. Spurred on by other members of the company he finally asked her out. The first dinner led to another, then another, and soon they were a couple. It was a heady time in both their lives. The Asolo was riding a wave of success thanks to Howard, and Carolyn was delivering a series of bravura performances still remembered today. Then, on the last day of the 20th century, they found themselves at Janet and Stanley Kane’s famous New Year’s Eve party.

Just before midnight Howard led her to the edge of the bay, with the skyline of Sarasota lit up in the distance. He took her hand. “Will you marry me?” he asked.

“Probably,” said Carolyn, anxious to get back to the festivities.

“No, I really mean it,” Howard said and pulled a ring from his pocket. Carolyn’s eyes widened.

“There’s only one condition.”

“You have to give me more closet space.”

That was 22 years ago. Howard got his closet space and quite a bit more. The home on St. Armands has flourished along with the marriage. There are still parties, but since the pandemic the guest list has become close family and friends. The party house has turned into a nest. “We’ve rediscovered what a fabulous house we have,” Carolyn says. “Nowadays it’s the joy of hanging out with each other.”

Every evening they have cocktails together, Jameson for Howard, red wine for Carolyn, plus maybe some pretzels — unsalted. Howard just turned 91, as active as ever.

You would think they would talk about the past. But no, it’s the future that’s on their minds. In March Howard will direct Carolyn in a play called “Collected Stories” by David Margulies. It’s a production of the Sarasota Jewish Theater, a fledgling new group the couple is supporting. No doubt “Collected Stories” will add even more stories to their home so filled with them. 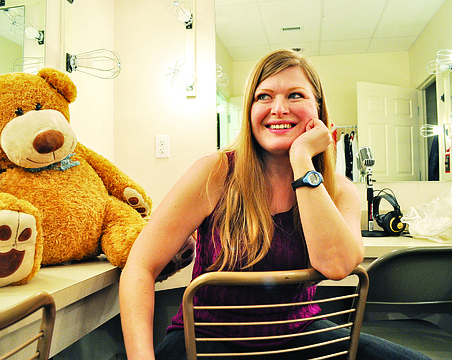 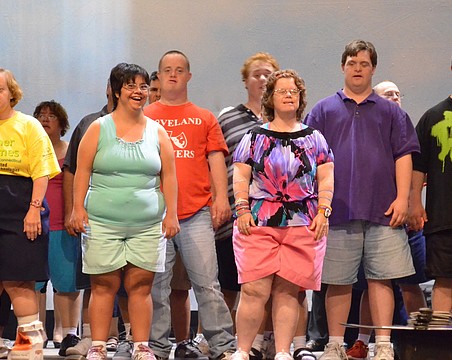 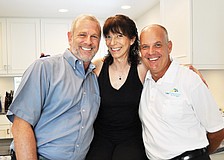 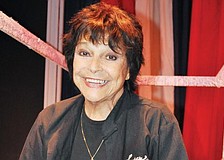 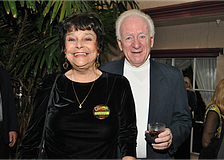 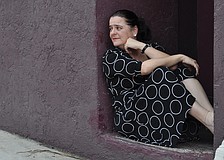 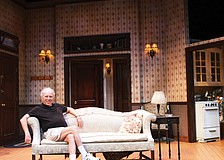