Painter Stacey Lipton will be featured during the Creative Arts Association of Lakewood Ranch event Nov. 19.

Remember the old "Draw Me" TV Guide advertisements where an art institute would challenge you to draw a turtle, or a pirate, or a girl, or a horse?

You could send your work to an address that would enter you in a contest.

As a kid I thought if I mailed my scratch to them, I probably would receive a response asking me to pay for some art lessons.

And I did. The notice told me I didn't win the contest, but I had lots of promise, and I could use a lesson or two.

I was too smart for them, though. I threw it in the garbage.

I knew better. Once I had an art teacher tell me I could screw up drawing the body of a stick man.

So I had to chuckle when walking around the Lakewood Ranch home of Stacey and Richard Lipton.

In retirement, Stacey Lipton has emerged as an exceptional watercolors painter, concentrating on Lakewood Ranch's natural wonders. Her work will be on display from 9 a.m. to 4 p.m. Nov. 19 at the Creative Arts Association of Lakewood Ranch's 20th annual Fall Show and Sale at Lakewood Ranch Town Hall.

Her work definitely pops off the canvas so I asked how she became so proficient in a short period of time. She only began painting in 2019.

"You have to be a good drawer," she said.

I certainly understood that from the opposite end of the spectrum.

I tried to go a bit deeper, asking her if she grew up in an artistic household. She said no, but then started to think back.

"When I was 4, I remember taking my red wagon and going around the neighborhood, selling rocks I had painted," she said.

That might qualify as being artistic at a young age.

Stacey Lipton, then Stacey Press, grew up in Long Island on the outskirts of the art world. Her father, Martin Press, was in the fashion industry. Both Martin and her mom, Rita, weren't artists themselves and when they saw their high school senior preparing her portfolio to apply to an arts college, they suggested she go in a different direction when it came to earning a degree.

It wasn't an easy decision for Stacey, because she had wonderful art teachers at Baldwin Senior High. She enjoyed the sculpture, photography and graphics arts programs at her school.

But she eventually relented to entered the Rochester Institute of Technology to earn a business degree.

She entered the fashion industry on the business end and was establishing a solid career when she became bored. In 1989 she moved to Florida's east coast where she opened her own interior decorating and home decor businesses in the Surfside Historic District of Daytona Beach. Although she wasn't creating her own artwork, she was all around it.

She supported the Halifax Art Show and created an outdoor sidewalk artisan program called The French Market. She also was installing art collections in hospitals and office buildings.

When she and Richard retired, they sought out a place where they would be surrounded by beauty, and they found that place in 2020 when they moved to Lakewood Ranch.

"In this community, I find all kinds of stuff to paint," she said.

She had taken the watercolor lessons a year earlier, but thought she could self-teach herself faster, so began a hobby that now has produced more than 100 paintings.

"They are clean for my house," she said with a laugh. "I don't have a huge area, and I can clean up."

"I work very carefully, because watercolors is unforgiving," she said. "But you also have these wonderful accidents."

Depending on the mix of colors, a painter might produce a color they hadn't seen before — by accident.

"Then you can't reproduce it," she said.

With the world outside her door as subject matter, she took off with her new hobby.

"I don't paint ugly things," she said. "I think most of us like something pretty. Big strokes, lots of color. You won't find me painting a snow scene."

Her first attempt at a painting, outside of her lessons, was outside her window on Hammock Beach.

"It was really bad," she said. "I painted a terrible palm tree."

After saying that, she raced off to another room of her home, returning with that first painting.

"As a reference, I like to keep things to see improvement," she said.

She showed another painting that she painted on a trip to Sanibel Island. She said it was too "busy."

Those few annoying efforts have given away to triumphs.

"There is a fear of paint, but I work hard, and I plan it," she said. "I probably use a lot more color now, and I do more dramatic pieces. So much of it is learning by mistake."

Her painting actually has stimulated a new hobby for Richard Lipton. He takes photos of her subject matter and she uses them to paint.

"Painting is her passion and she could do it all day long," Richard Lipton said. "But she is very good about making sure to be there for whatever time we need (together)."

The couple has three daughters and two grandchildren.

While she loves painting, Stacey Lipton said she can overdo it.

"I like it because you can disappear into your work," she said. "But if you paint three solid days, your hand hurts."

She only has sold one print of one of her paintings because she hasn't tried to market her work, but she is looking forward to the arts show to see what the public likes. Even so, she won't mind if she brings all her paintings home that day.

"I paint for joy, not ribbons," she said. 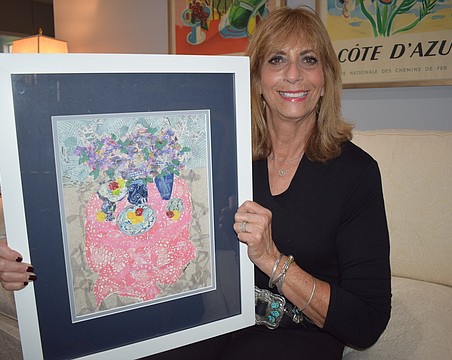 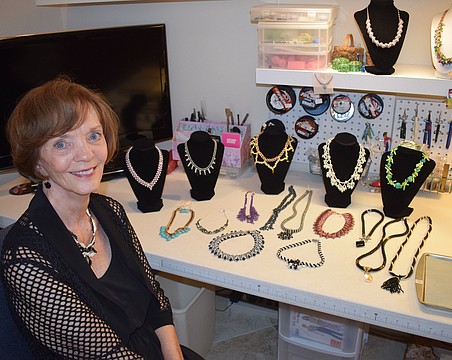 Fall Art Show and Sale will be hosted by the Creative Arts Association of Lakewood Ranch on Saturday. 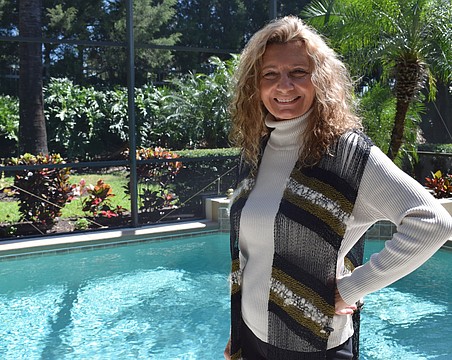 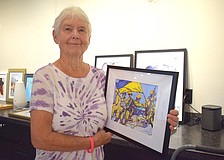 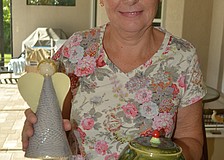 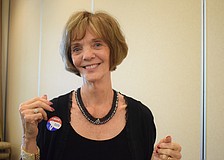 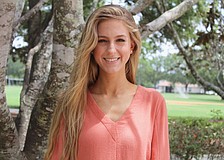 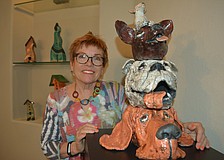 Art's on fire in Lakewood Ranch