Ron and Julie Milton have agreed to sell Café L’Europe to John and Amanda Horne.

Horne collects steak knives from around the world. He recalled adding to his collection at Café L’Europe’s soft opening in 2016, when Milton took over the restaurant located at 431 St. Armands Circle.

“I made joke that I was stealing a steak knife, and so we have a picture that (my wife) Amanda took of me sitting back laughing my keister off and him like, ‘Oh, my God. I’m losing a knife tonight,’” Horne said. “So Amanda and I stole the knife, and we put it in a frame with that picture.”

Horne gave Milton the picture and returned the knife in a shadow-box frame.

“The gist was, ‘Welcome to the hospitality industry. It’s not your enemies you have to worry about, it’s your friends,’” Horne said.

Milton, 70, and his wife Julie have agreed to sell Café L’Europe for an undisclosed amount to John and Amanda Horne.

The Hornes, who own four Anna Maria Oyster Bar locations, are set to take over operations of Café L’Europe on Feb. 1.

While Ron Milton is retiring, he said it’s been difficult to balance owning the restaurant and traveling to and from Pinehurst, North Carolina. The Miltons also owned and operated the Magnolia Inn, which was built in 1896. They also opened a restaurant at the inn called Village Ristorante & Bar. The couple has since sold the inn and restaurant to Pinehurst Resort.

The Miltons will live in North Carolina full time.

Ron Milton said several people approached him about taking over, but he feared they would turn the restaurant into one that offered a different kind of cuisine.

“John and Amanda have a reputation in this town that’s second to none,” Ron Milton said. “They give a lot back to this community. I know where his heart is.”

John Horne said he plans to keep the staff of 27-30 employees, which grows to 50 during snowbird season. He also said he will keep the menu intact since the restaurant was opened in 1973 by Titus Letschert and Norbert Goldner. Before the restaurant opened, the front part of the building was owned by John Ringling, Ron Milton said.

“(Letschert) and (Goldner) opened the restaurant, and when they split up, (Goldner) went to Palm Beach and opened another Café L’Europe, and (Letschert) continued on,” Ron Milton said.

“It feels like Titus and the memory of Titus are still here,” John Horne said.

John Horne said he’s in the process of getting the licensing changed over and keeping the same vendors.

John Horne said he and Amanda plan to spend “a lot of time” as they take over Café L’Europe. He called it an “unbelievable opportunity” to own a restaurant in St. Armands Circle.

“We got a super, super team at the Anna Maria Oyster Bar, and some of them will help us in this venture,” John Horne said.

“It’s been the birthplace of a lot of restaurateurs and a lot of chefs and a lot people that have opened their own restaurants, so we want to continue that,” John Horne said.

“We want to keep Café L’Europe going for another 50 years,” John Horne said.

Cafe on the Bay closes 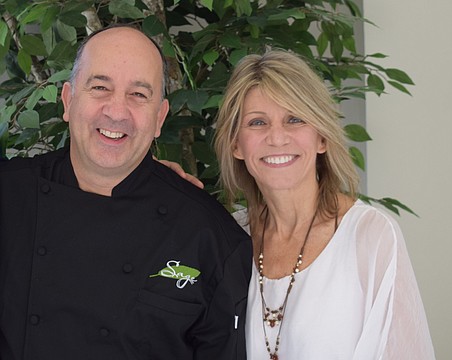 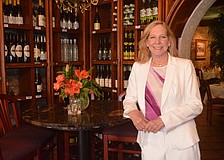 Café L’Europe will change hands but not flavor 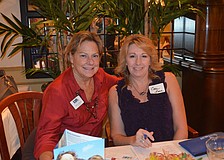 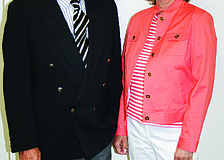 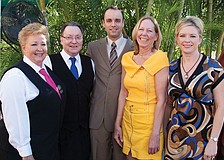