The park conservancy's chief experience officer spoke about current goings-on and the future of the project.

To bay or not to bay is no longer the question. Now the question that The Bay’s chief experience officer Jeannie Perales is answering is: When can we bay?

Attendees to the St. Armands Key Lutheran Church’s third Speaker Series event on Feb. 24 heard from Perales as she went over Sarasota’s newest public park project, known as The Bay, which is transforming a concrete jungle off of Tamiami Trail near the Van Wezel into a sprawling green space for the community. The project has been around for about 10 years and the first parts, like the mangrove bayou, are open to the public.

“If you've been there, and it was a few months ago, come back because you won't believe how much progress we're making,” Perales said. “It's moving very quickly. Right now, Phase One of the park is under construction.”

Perales used to work with Marie Selby Botanical Garden and Ringling Museum in educational programming and has transferred that knowledge to The Bay. The project uses land owned by the city of Sarasota, but it’s a park conversancy, meaning that The Bay is a nonprofit organization. There are only 40 such conservancies in the country and The Bay is the only one in Florida.

“There's Millennium Park in Chicago, Golden Gate Park, and just as smattering of others that are spread across the country,” Perales said. “We're part of a network of other park conservancies, so we're not kind of out here on our own just making it up. We can benchmark for best practices and learn how to optimize our relationship with the city and county of Sarasota.”

More than 70% of the property is hardscape, which includes more than 1,000 parking spaces. The site, which includes the city boat ramp and the nearby Van Wezel lots, was never unified, so separate locations have popped up over time. Now that The Bay is there dedicated to creating a “green and blue oasis,” the ecosystem has begun to rebound. Part of The Bay’s environmental stability goal is coming to fruition with their water mitigation to filter runoff and nitrates out of stormwater that comes across the site before it gets dumped into the bay.

“We actually dredged (the mangrove bayou) this past summer and there was three feet of polluted silt that we pulled out,” Perales said. “There's these huge black pipes and it was about a three week process, sso we got to pull that polluted silt out of the water. Now that ecosystem is really rebounding, it's looking very good.”

After Perales’ presentation, she took questions from attendees. Several people were interested in the design features of the park, like the circular Sunset Boardwalk that is being planned by the U.S. Army Corps of Engineers. Others were interested in the timeline, and Perales said the park should be fully complete in seven to 10 years. 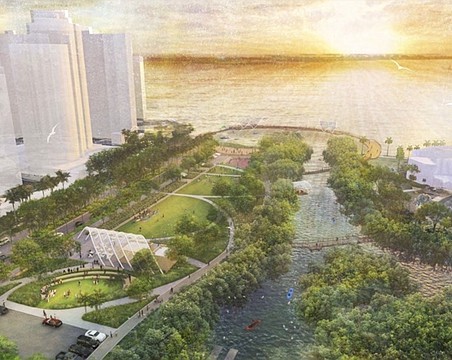 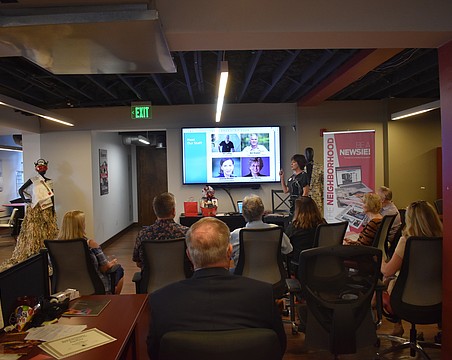 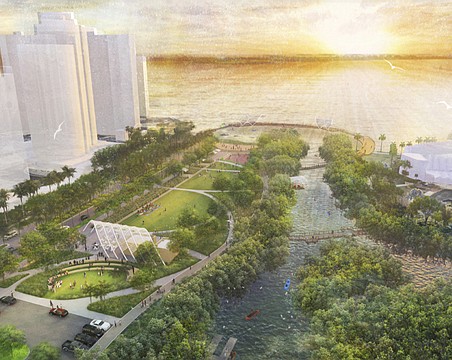 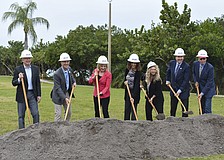 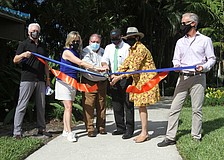 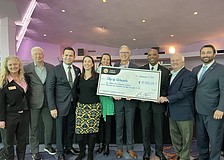 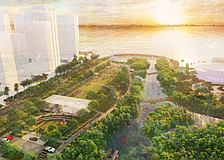 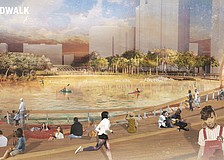