Amy Whitt remembers meeting her bosses in September 2020 at a lawyer’s office.

Whitt, 39, said she thought she was in trouble even though she has worked with Ray and D’Arcy Arpke at Longboat Key landmark restaurant Euphemia Haye for nearly 15 years.

Nothing like that. Instead, the Arpkes presented their proposal for Whitt to purchase the restaurant located at 5540 Gulf of Mexico Drive upon their retirement.

“This was presented. … Ray was in tears. I was in tears,” Whitt said. “I look at them like another set of parents.”

The Arpkes speak highly of Whitt.

Ray Arpke said he is impressed with Whitt’s work ethic. Years ago, Whitt picked up a second full-time job at the Publix located at the Shoppes of Bay Isles, so she could return home to the mainland from Longboat Key at times when traffic was lighter.

Whitt, who started as an administrative assistant in May 2007 and worked her way up to bookkeeper, said she closed the transaction on Dec. 13, 2021.  The price was not disclosed.

The Arpkes plan to continue for the next year at the establishment to help mentor Whitt, who was not the only person they considered to take over ownership.

“They want to be able to spend more time with their family because they’ve sacrificed so much family time and everything for the restaurant,” Whitt said of the Arpkes. “The restaurant is essentially their baby.

“They’ve nurtured it and made it grow to what it is.”

The Arpkes plan to continue living in Longboat Key, but now they’ll have more time to visit family.

This year will mark the last time the couple works holiday shifts.

For the past six years, office manager Brooke Thompson has worked with Whitt at Euphemia Haye.

Thompson said she appreciates the familiarity of having Whitt take over given their previous experience working together.

“She’s sort of like a little sister to me, and I’m thrilled for her,” Thompson said of Whitt. “She found her home here and sort of grew into an adult at Euphemia Haye.”

Whitt is from St. Joseph, Illinois, a small town about 10 miles east of Champaign. She recalled her initial interview with D’Arcy Arpke.

“I came in and interviewed with D’Arcy, who is also from Champaign, believe it or not. (It’s) a small world,” Whitt said. “And we just hit it off right away.”

Euphemia Haye has undergone several changes through the years. The Haye Loft was added in 1990. The restaurant has expanded six times, going from 28 original seats to 150.

Whitt insists she plans to keep Euphemia Haye the same. The restaurant celebrated its 40th anniversary in August 2020.

“Everything is going to stay Euphemia Haye as far as quality of food, the service,” Whitt said. “Just because it’s changed ownership doesn’t mean that it’s going to change. I still want to carry on everything that they have built.”

The Arpkes had offers from people outside the restaurant.

“People were like, ‘Oh, and when we get in here, we can change this and this and that,’” D’Arcy Arpke said. “We didn’t really want to hear that.”

However, Whitt has already made one slight adjustment.

“I always joke when people ask, ‘What are you going to change?’ I put mints on the front chest as you walk out,” Whitt said. “That’s my big change.”

Whitt teared up when asked what it meant to her that the Aprkes chose her to take over Euphemia Haye.

“It means that they believed in me. That they trusted me, that they had the confidence... that I would be able to carry on everything that they’ve built,” Whitt said. “I always tell people that I’ve got huge shoes to fill.

“I know that I’m never going to fill them, but I’m going to try my hardest to get pretty close.” 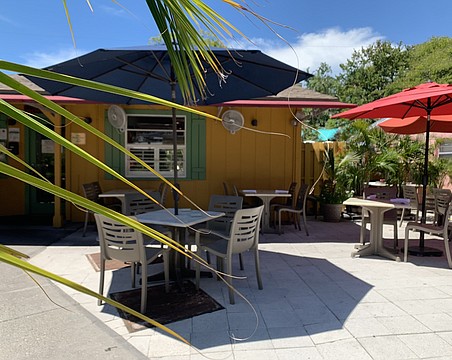 Team Euphemia Haye to walk toward a cure 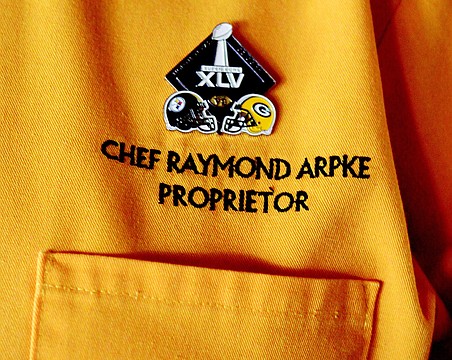 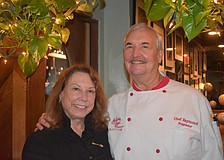 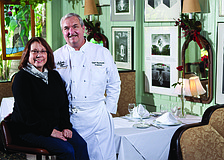 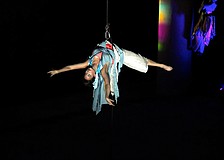 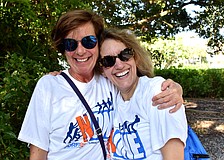 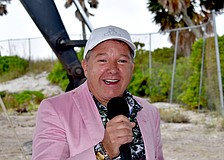