BRMS teachers are thrilled with the $26 million addition and renovations project.

Jennifer Dowling, a Braden River Middle School math teacher, has made herself at home in the school's new addition.

Dowling moved into her new classroom during Thanksgiving break, and she immediately put up posters to help students remember formulas along with giving them inspiration.

She had been teaching in a portable while the six-classroom addition was being constructed.

“It was kind of crazy because I literally moved from a regular class to a portable and then to another portable and then back over here,” Dowling said. “It’s nice to be situated all in one place, to be able to get all my stuff out of boxes and to be organized. It feels wonderful.”

Besides the completion of the six-classroom addition, renovations were finished in Buildings 1, 5, 6 and 7. The $26 million renovation and addition project is expected to be completed in November.

In progress: Work on Building 2

November 2022: Substantial completion of the project is expected

Teachers who teach intensive classes have moved into the addition, which has made it easier for them to communicate and collaborate since they have some of the same students.

“They’re enjoying being in the building together,” said Kimberlain Zenon-Richardson, the principal at Braden River Middle School. “They’re able to build that camaraderie between those six teachers who are stationed there.”

Tasheta Riley, an intensive reading teacher, said the new addition has everything she needs in one building from her classroom to bathrooms to a workspace dedicated to the teachers.

“You don’t have to leave the building to go somewhere else to get whatever you need,” Riley said.

The rooms include 75-inch, touch-screen monitors that Dowling and Riley said make their students more engaged.

“Having students sit at their desk and be working is one thing, but they all want to go up and write on (the monitors),” Dowling said. “They all want to participate, so it makes them get more involved, and I think it’s going to be a game changer.”

Riley said the interactive TVs engage all types of learners because those who are visual learners can see what she’s explaining on the screen, auditory learners can engage in videos she plays, and kinesthetic learners are able to go up to the screen to write, highlight or draw on the screen.

Both Dowling and Riley said the dimmable lights in the classrooms are a highlight.

“The room, to me, feels much brighter, which is nice because I feel like that kind of keeps them involved,” Dowling said.

Work being completed on campus

Dowling said being able to control the brightness of the classroom is helpful because being able to dim the lights sometimes can help calm students.

The new addition also comes with desks that have wheels, making it easier for teachers to move them into different groupings.

Riley looks forward to making her classroom more appealing to her students as she learns how the different aspects of her room can help keep her students engaged.

“I’m looking every day into how I can make this into something that the students will look forward to, something they want to be a part of and learn in this new environment,” Riley said.

Renovations to the administrative area have been completed.

“It’s a huge adjustment, but I can’t wait for people to see the main office and how secure and beautiful it is,” Zenon-Richardson said. “We’re still unpacking. It’s a lot, but we’re enjoying our new space.”

Zenon-Richardson said there’s plenty of space now for all students to comfortably eat lunch during the school’s three lunch periods.

“I’m ready for the construction piece to be over so we can take in the beauty of the campus,” Zenon-Richardson said. 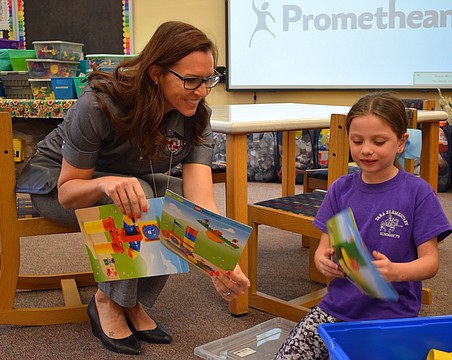 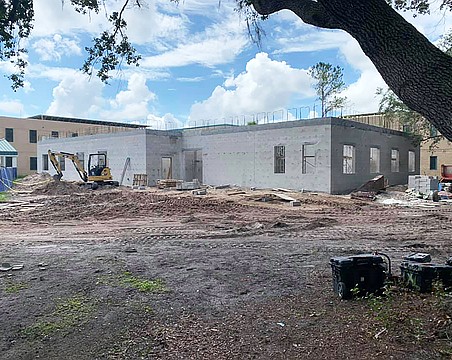 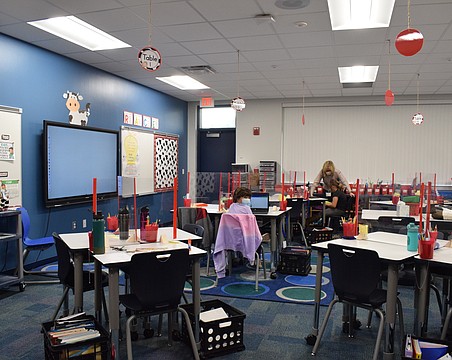 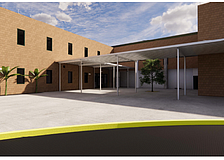 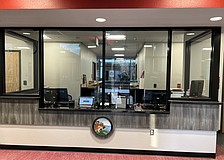 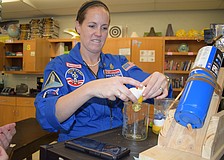 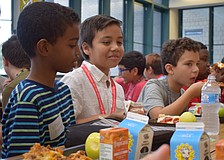 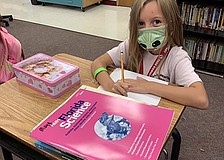