A new advisory comes just a week after receding levels of red tide prompted an end to a monthlong advisory.

Sarasota County beaches from Nokomis north were placed under a red tide advisory after higher-than-acceptable levels of the bacteria were detected recently in routine testing.

Signs were to be posted at the beach in Nokomis, Turtle Beach, Siesta Key Beach, South Lido, North Lido, Longboat Key and the Sarasota Bay beaches along Bird Key and Ringling Causeway.

Monday water testing prompted the advisory, which urges those who might be sensitive to red tide to avoid the shoreline or stay inside air conditioned buildings.

According to the Florida Department of Health’s Sarasota office, symptoms such as irritated eyes, nose and throat are typical. Some people may experience more serious symptoms.

Generally, symptoms subside when a person leaves the beach or goes indoors.

The department makes the following recommendations:

Red tide levels had been receding in the coastal waters of Manatee and Sarasota counties. On Dec. 21, the Florida Department of Health’s Sarasota office rescinded its health advisory in place on all 16 county beaches since Nov. 1. 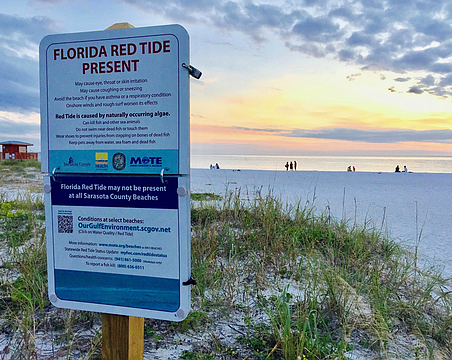 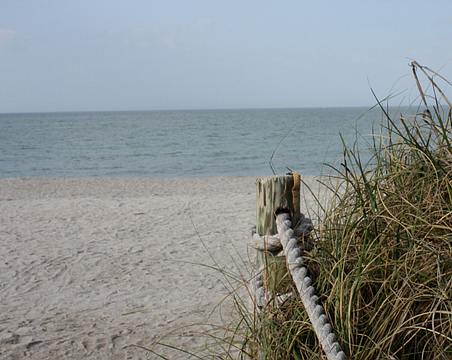 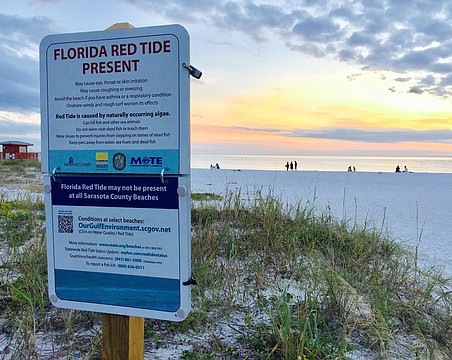 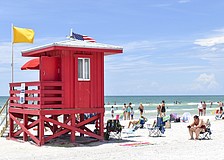 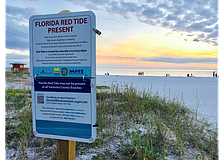 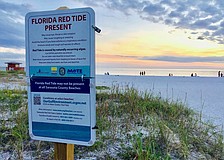 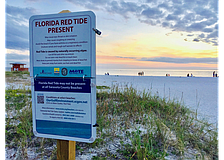 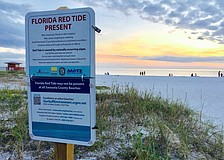