Construction delays resulted in the postponement of the restaurant's planned October opening on State Road 70.

Restaurant owner Sam Ray said his staff has been hired and trained for the opening of Tsunami Sushi & Hibachi Grill, that was expected to open late in 2022 at the The Green at Lakewood Ranch.

However, like so many construction projects, supply chain issues have back up the opening to late January.

Ray said he is awaiting both decorations and food items that he has purchased from Japan.

“It's not like we're not ready," co-owner Jeffrey Karasawa said. "It's just the shipping isn't there. We (bought) items from Japan to make it more authentic."

Karasawa said the items include statues, handmade curtains, and even some sakes. They ordered the items six months ago.

“If you're a sake connoisseur, you can only get the certain bottles of sake from Tsunami,” said Ray, who said the restaurant had created a rare deal with small Japanese distilleries.

While Ray is optimistic about the January opening at 11627 E. State Road 70, Lakewood Ranch, Karasawa said a firm opening date will be set once they know their items from Japan have been shipped.

Karasawa said the fallout from Hurricane Ian also caused a delay in construction of the restaurant. Delays have resulted in a switch in contractors Dec. 5, which further put the project behind.

Some unexpected drywall patching also slowed them down.

Mostly, though, delays have been caused by shipping problems.

“There's a lot of other stuff that we can control, and that's already in place,” Karasawa said.

With most of the construction complete — countertops were picked up Dec. 13 — workers are painting the interior.

Ray has some unique touches to the design. he crafted a series of square, wooden panels for the bannister of the mezzanine area. Featuring a Japanese design, they will join a hanging plant and wood ceiling as Ray’s contributions to the construction.

He said he has acquired fish for the aquarium that will occupy a space alongside the bar.

The walk-in refrigerator and freezer were installed two weeks ago, Ray said.

Tile and carpeting still need to be installed.

Ray said his restaurant will be a high-end experience, including its mezzanine lounge.

The public can look forward to an array of sushi items.

“I like the sashimi because our fish is that quality, that you can eat it, and it falls apart in your mouth,” he said.

He also said to look out for a taste of Florida on the menu, with an alligator sushi roll. 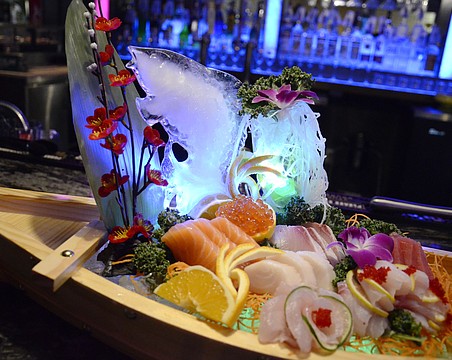 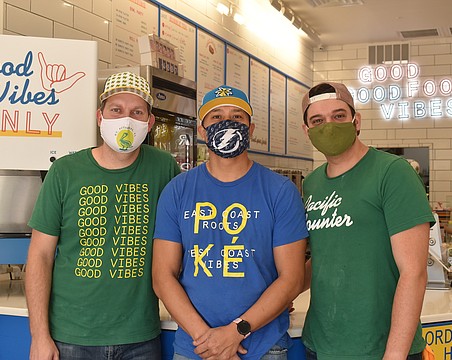 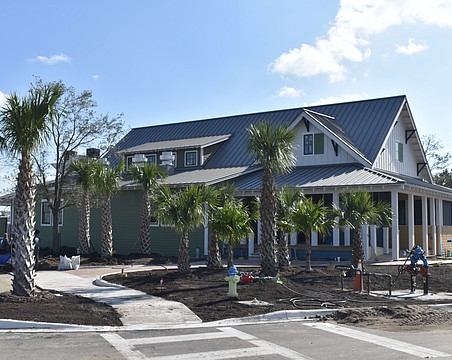 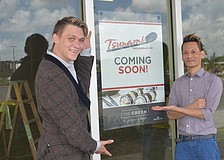 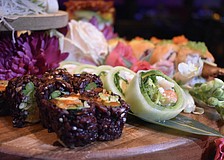 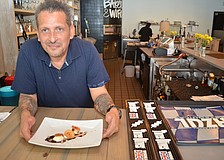 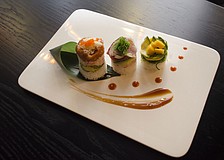 Epicurean expedition takes locals around the world in one night