Timothy Clarke has nothing to do with Vanderbilt University, nor did he play a role in the band that made Lionel Richie famous.

And forget about that entry-level computer from the 1970s.

Still, the Longboat Key banking and advertising executive is every bit a commodore, one with the responsibility over the next year of helping Sarasota Yacht Club thrive as one of the world’s most respected organizations of its kind.

In plain terms, he’s recently been elected to serve in a CEO-like role for the 800-member club on Ringling Causeway, leading the way on a slew of initiatives that include philanthropic outreach, growing the membership base and working toward physical improvements of the docks and mooring areas.

On the Job with the Commodore

Gulfside Bank: Founding director and chair of the board (2018-present)

Saga Communications: Board of Directors and chair of the Audit Committee (2013-present)

The position is voluntary and unpaid, but he and commodores before say it’s a gratifying one to keep the yacht club sailing straight and true.

“Our job is policy, setting strategic direction,’’ he said in an interview recently in the club’s boardroom. “And as commodore, I am also the chair of the board of directors, and the board is made up of nine members in good standing. So, we really set the policy and the direction for the club. And then management executes.’’

While Clarke, a founding director of three banks and the founder of his own advertising and public relations company, sometimes makes the yacht club sound like a business – it is, by the way, with publicly reported revenue of about $7.5 million in 2020 as a nonprofit 501 (c)(7) organization – a major portion of his tenure will revolve around several looks to the future.

Among them, keeping the club’s standing in the yachting community.

“For members, we want them to have, you know, the time of their life here,’’ Clarke said. “It's about socializing and entertainment and networking and meeting people. A lot of our members come here as newcomers to the community, and they look to create a social network for themselves. And a club is a wonderful place to do that.’’

A boater himself, Clarke says the club experience by default involves the boating world, but beyond that, Sarasota Yacht Club is many things:

Clarke said he’s especially proud of the programs put forward for youngsters, either at the helm of small boats – often competing in the Optimist class, the largest youth racing class in the world – or away from the water entirely.

For children 6-12, Clarke said, there are events and gatherings meant to guide them toward learning etiquette and other life skills. Older kids, Clark said, take on their own role of philanthropy, recently raising about $35,000 with a dog-fashion show.

“They raised an enormous amount of money, ‘’ he said. “The kids do it all. I mean, they recruit it, they sell it, they, raise the money they put on the program.”

The kids aren’t the only ones working for others.

Clarke said one of the centerpiece efforts of the Sarasota Yacht Club puts on are charitable events that drive annual grants of about $50,000.

Boating and sailing, though, are the prime focus of any such club.

The club’s location is perfect, he said, plotted by John Ringling for its depth and  proximity to New Pass and Big Pass, tidal action through which keeps nearby waters sparkling.

The docks themselves, though, have been around since the Eisenhower and Nixon administrations.

“The center dock is 70 years old, the other two docks are pushing 50, probably over 50,’’ he said, adding designs for renovations are done, and permits could be granted in the next few months. “So, we’re sending it out for bids. We don’t know how much it’s going to cost and if we can afford it or if we have to do it in pieces or anything like that.‘’

“That’ll be a major milestone, a big marker,’’ he said. “And we have many exciting things planned, but we’re starting to push ahead on that one.”

Looking forward is a big part of the club commodore’s job, one that Clarke said he relishes. Yes, it’s a lot of work, but…

“It’s a great honor. It really is,’’ Clarke said. “I just love the club. It’s been a great experience for me. I’ve had wonderful friends, have had wonderful experiences here since I’ve always been a boater, and I enjoy all of that aspect of it. It’s been an easy thing for me to step into and to say it’s a high honor.” 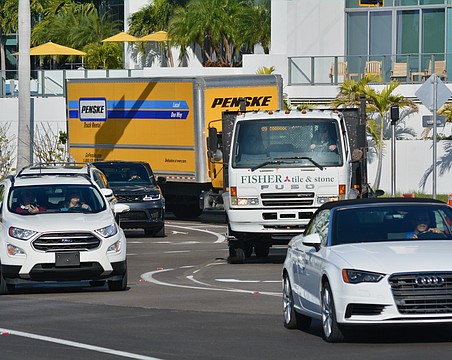 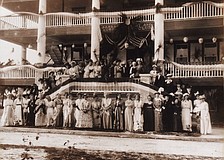 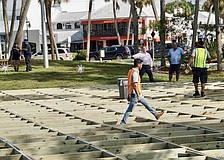 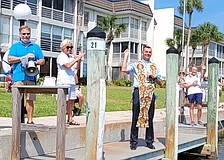 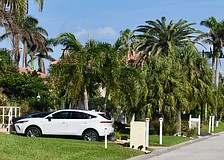