“The 70s: More Than a Decade” sets the Wayback Machine to the 1970s on the FST cabaret stage. This revue is the brainchild of Rebecca Hopkins, Richard Hopkins and Sarah Durham.

The result is an intelligent gumbo of ’70s sounds. Brianna Barnes, Michael James Byrne, Jannie Jones and Eddie Weaver are the singers who serve it up. Jim Prosser bangs out the tunes on the old electric piano — as only he can.

The revue’s songs are smartly arranged in a series of emotional arcs.

The first act opens with “A Fifth of Beethoven” — Walter Murphy’s disco distortion of the first movement of Beethoven’s Fifth Symphony. After that, there’s a smattering of love songs. ("Love Will Keep Us Together," "Don’t Go Breaking My Heart," etc.)

Loving words quickly lead to loving deeds. (Marvin Gaye’s “Let’s Get it On” says it all.)

The sexual revolution is in full force! Good times! But war, male chauvinism and social injustice roil the separate peace of the bedroom. And the songs now shift to the actual revolution.

This section ends on an upbeat note — and segues to the secular equivalent of church music ("I’ll Be There," "Lean On Me"). They aren’t in any hymnal, but they might as well be.

The second act kicks off with a medley of TV themes. They’re amazingly clever. Charles Strouse and Lee Adams’ lyrics for “Those Were the Days” (the theme for “All in the Family”) knocked me out.

"Freaks were in a circus tent.

"Those were the days!"

From the boob tube (or groove tube), we shift to songs of drugs and thugs from the “Taxi Driver” era. Jim Croce’s “Bad Bad Leroy Brown” meets a bigger badass — and winds up with a face resembling “a jigsaw puzzle with a couple of pieces gone.” (Cute image, huh?)

The innocent of Randy Newman’s “Mama Told Me (Not to Come)” has a panic attack at the “stale perfume” scent of the devil weed. Then the Life Force reaffirms itself in the form of …

Disco. (Not my cup of sonic tea, though many love it.) This includes an homage to The Bee Gees’ falsetto commitment to “Stayin’ Alive” and ABBA’s “Dancing Queen.”

Disco’s escape from reality yields to a need for human connection.

This starts with misty-eyed nostalgia for past loves (“The Way We Were”) and ends with a defiant commitment to the present (“We are the Champions,” “I Will Survive”).

The vocal talents on stage are all first-rate, both individually and in combination. Brianna Barnes does a rip-roaring job with “I Am Woman.” She belts it out, but with deft vocal control. All four singers harmonize beautifully on “Teach Your Children.” Jannie Jones and Eddie Weaver are just plain beautiful in their “Let’s Get it On” duet.

Townshend’s “Won’t Get Fooled Again” is a high-diving board for male vocalists. But Michael James Byrne successfully executes a perfect one-and-a-half gainer. Kudos to the singer — though the revue’s creators cut the song’s last two lines.

The implied warning: Fascists can have long hair, paisley shirts and John Lennon-style round glasses.

Don’t want to get fooled again? Don’t drop your guard.

That biting ending is the whole point of the song.

That’s the one fault I find in this smart, fast-paced, fun revue.

If your mind’s filled with happy memories of mirror balls and triumphs on the dance floor, this show will definitely bring them back.

If your memories of disco make you grind your teeth, close your eyes and think of The Ramones.

Have a nice day! 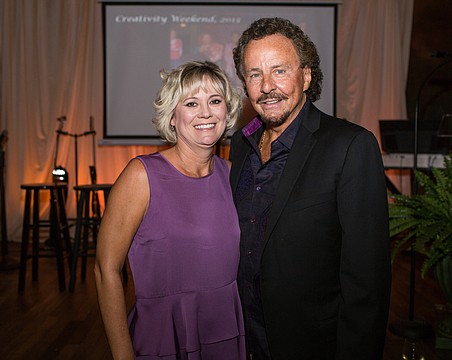 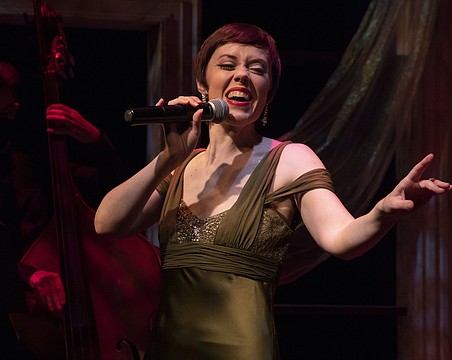 When the electricity came to FST 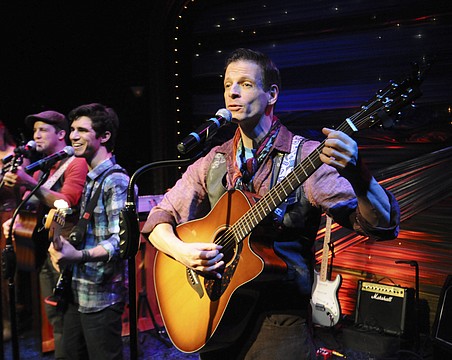 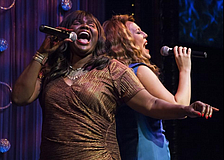 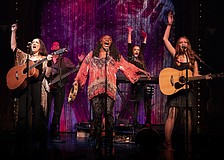 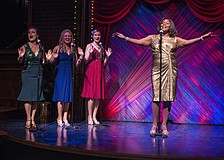 THEATER REVIEW: 'Dancin' in the Street' 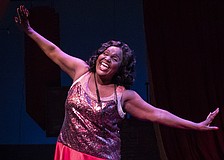 'Ethel Waters: His Eye Is on the Sparrow' casts its eye on an American icon at FST 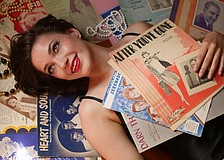