Lakewood Ranch's Jim and Vera Slocum have laughed a lot while being each other's "yin and yang."

Being 4-foot-11, Vera Stewart didn't particularly like those who discriminated against short people.

Well, except when it came to her selecting a boyfriend.

Sixty-five years ago, Jim Slocum showed up at Vera's home in Hobart, Indiana, ready to go on a blind date.

Then she saw her date. Yikes! He was a runt.

Fortunately for Vera, she was looking at her friend's date. Her guy was standing in the background, all of 6-foot-1.

"My mom and my grandmother were in the house, and I told them, 'He is so good looking.'"

"My girlfriend had set us up on the blind date," Vera said while sitting in her living room, her husband right next to her. "The fellow she was going to see didn't want to go on a single date. I don't think our paths would have crossed."

But their paths did cross, and they headed to the drive-in.

"I felt comfortable," Vera said. "He was a perfect gentleman. And the happy chemistry was there."

Jim was just as pleased.

"She was a nice and beautiful girl," he said.

How long ago was that first date? Consider that Vera was a telephone operator at the time, sitting in front of a board that would light up when one of her 500 customers tried to make a call.

"Number please," Vera said with a smile as she remembered back to the job when she was 20.

She would then plug the caller into the hole in the board that corresponded with the number being called. And the call could only be connected if someone else already wasn't using the party line.

Those of you who think flip phones are old school should ask your grandparents about party lines.

Jim, who was living in Valparaiso, Indiana, worked doing a variety of tasks at the airport. In his off hours, Jim, who was 20, would take flying lessons from his boss, and would pay him for the lessons a bit at a time out of his meager pay.

He was only working at the airport because he had to drop out of Purdue University due to a lack of funds. He didn't know at the time it would change his life, in a good way.

Vera pointed out that she always has been a "cheap date," saying how their second date was to A&W.

The next 65 years saw a lot of frugal days, such as when, after a 27-year career, Jim was laid off as a pilot by Eastern Airlines, which went under in 1991. Since they packed up following their Thanksgiving Day wedding and left for Sarasota as Jim had landed a job at the Sarasota Airport, their life has been a series of moves.

Part of that journey meant living in an 18-foot travel trailer as Jim pursued his career at different places around the country.

Their travels eventually took them to Villa Rica, Georgia, about 30 miles west of Atlanta, where they lived on a farm for 47 years. Although they never had lived on a farm before, they raised beef cattle and chickens, among others, while Jim continued his career as a pilot.

Before they moved to the farm, they had moved 15 times following their marriage.

While some wives might had pushed back against the constant moves (before the farm), Vera said she always was happy.

"It was exciting wherever we moved," Vera said.

So why the farm?

"My daughter (Lynn) had a horse," Jim said. "And I loved to ride dirt bikes. We had 68 acres and it was very quiet. As a hobby, farming was great, but I wouldn't want to make a living doing it."

They eventually moved to Lakewood Ranch in 2020.

While Jim's time took him away from home for days at a time, Vera said it never was a strain on their marriage.

"I kind of liked it," she said. "It was sort of like a military life. You take over when he was gone. He never had Saturday and Sunday off, but it never bothered me. I even drove a small tractor on the farm. Karen used to think we were going on nature walks on the farm, but actually I was just checking on the cows."

And when Jim returned home?

"He would chop up some wood," she said.

Jim said he never minded being on the road, or in the air.

"It was kind of fun," he said. "I would go out for a run (when he was between flights). Then we would go drink a couple of beers."

Without cell phones, Vera said a lot of trust was key to their relationship.

"He is as trustworthy as the day is long," Vera said. "And he always has been extremely considerate."

One factor that led to a long relationship was that while Vera was the "feisty" one, Jim was laid back. He called it their yin and yang.

"She stands up for herself," Jim said. "But that has helped her to deal with things when I was gone."

Jim said Vera's great sense of humor helped over the years and noted that she has been "an easy person to be with."

These days, they both stay active, which they believe is important for 85-year-olds.

Jim said other keys to a long relationship are being forgiving, not holding grudges, not getting caught up in "silly stuff," and laughing a lot.

Vera said "loving a lot, laughing a lot, and enjoying the little things along the way," are most important, along with a little "me time."

These days, Vera says she has shrunk a bit, now down to 4-foot-8.

She said people continue to look over her, as if she doesn't exist.

She said, as an example, she once had to wave around a $50 bill above her head to get the attention of a department store clerk.

Not wanting that to happen to her own children, she picked a tall guy when it came time to marry.

"Short people get slighted a lot," she said.

Especially when they date. 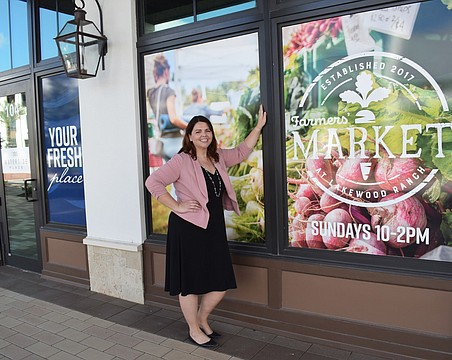 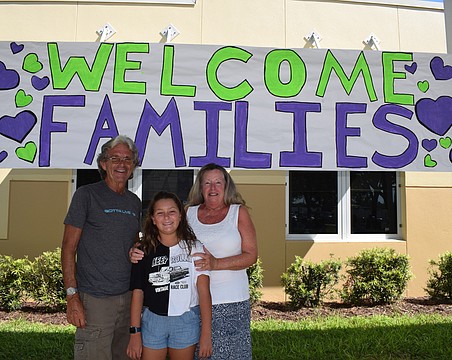 Students have grand time at McNeal Elementary in Lakewood Ranch 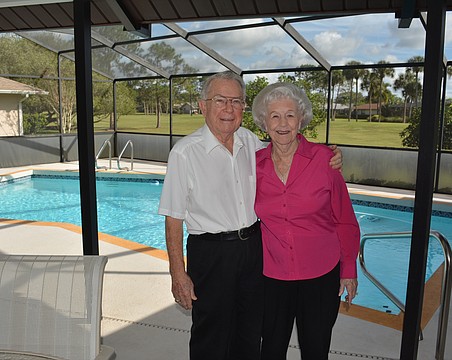 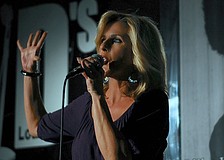 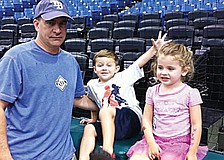 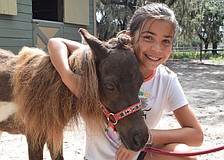 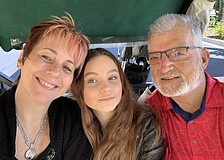 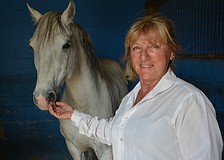