Carolyn and Phil Babas are the couple who design the annual holiday spectacle at Selby Gardens. And they're not sure they ever want to retire.

Carolyn Babas counted all the lights for Lights in Bloom once before. And she’s not going to do it again.

Babas and her husband Phil are the duo behind Affairs in the Air, a Bradenton-based wedding decorator, and she has been hanging the effects for Lights in Bloom for 11 years now.

The last time she counted the lights, she says, there were more than two million. Since then, says Babas, there’s just no way to estimate how many more have been added.

“We’re not throwaway-ers,” says Babas, inventing a brand new word on the spot. “We like to continue to reuse, reuse, reuse. So we repair. I mean, we have some lights on things that have been on them for five years. You just repair them over and over and over again. When we finally have to say a little prayer for them [and] throw them away, it's terrible.”

Much of the show begins in her husband Phil’s head; he’ll spend time in the summer creating new lighting effects, and then the crew of workers will set out to reproduce his work.

They bend the wire themselves, and they’ll even do the welding if it’s a simple task.

The process of creating new effects and repairing old ones takes about eight summer weeks. Then, months later, they’ll spend 1,500 to 2,000 hours setting everything up.

How have things changed over the years?

“Everything was incandescent when we started,” says Babas. “We were like, ‘You don't have enough electric for the consumption of what you want us to do.’ We had to change everything to LED but it took like three years to actually take everything apart that was already put together. Now we run so much. And the power consumption is minimal.”

Babas chuckles a moment later when asked if she’s afraid of heights.In this industry, that’s a luxury she can’t afford.

They are Affairs in the Air, after all.

She and her husband lead a staff of seven full-time workers to set up Lights in Bloom, and there’s another three workers that help out part-time. The work is mostly done during the day, but for some tricky areas, they wait until the evening to avoid inconveniencing daytime Selby visitors.

“It is better to tweak the lights at night,” she says. “My husband and I do a lot of ‘We just did all of this. Tonight, let's come back.’ Then we come back at night, we turn everything on, we look at how everything is and we make notes. ‘This is too dark and that's too bright. Move this. Move that.’ And then in the morning, they get the list and they start.”

He’ll walk around the grounds and he’ll constantly think of ways he can make the lighting even better.

The couple also relish the opportunity to hear what people are saying about the display.

They remain on site for the first few nights to troubleshoot, which gives them a chance to see which parts of their work are inspiring the greatest reactions.

It’s the best feeling in the world, says Babas, to see people enjoying Lights in Bloom, and she plans on continuing to assembe it long after she retires from the wedding business.

“It's so funny,” she says, “People say, ‘How come you don’t do your house for Christmas?’

Correction: This article has been updated to describe Affairs in the Air as a wedding decorator. 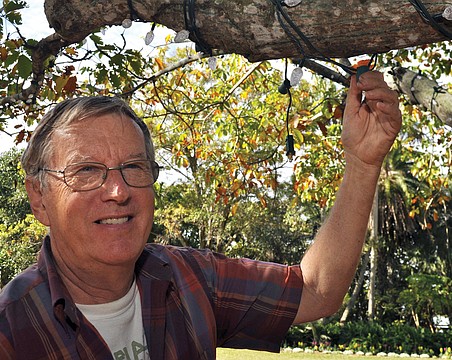 BACKSTAGE PASS: Let there be lights 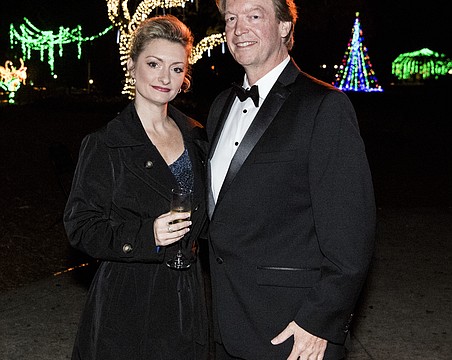 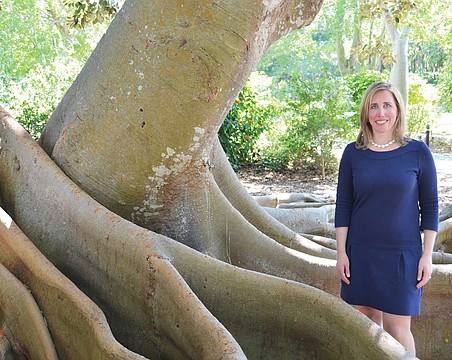 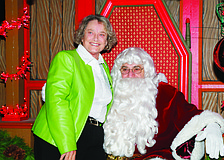 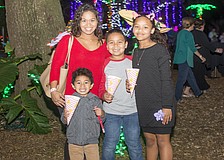 Selby brings families together for Lights in Bloom 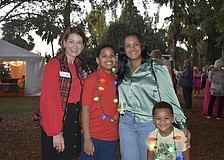 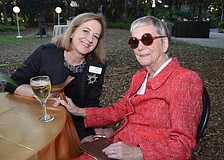 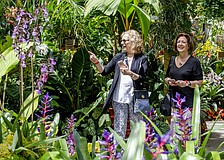