The restaurant promises an ever-changing menu and focuses on regionally sourced produce.

Opening in downtown St. Petersburg during the midst of the pandemic, Naked Farmer owner Jordan Johnson was surprised at his immediate success.

He said the restaurant was able to transport food from regional farms to the table at a time when food was rapidly disappearing from grocery store shelves.

However, he said the ultimate goal of the restaurant was not quantity, but integrity of sourcing.

“Many of the vegetables we serve in our restaurant were picked days ago, and not weeks ago, and we feel like that’s important,” he said. “The idea is that when the food is fresh, you don't have to do much to it, so we leave it naked.”

Johnson said his upcoming expansion to Cattlemen Road in the University Town Center (opening is expected in mid-2023) was inspired when many customers at the St. Petersburg and Tampa locations asked whether he would open a location in Sarasota.

After speaking with the Benderson Development staff, he decided there was a demand among customers there for the product he could offer.

The restaurant, described as “fine-casual,” opens in late summer or early fall 2023 in the space between Blaze Pizza and Crumbl Cookies.

The operation grew out of a desire to feed his own neighborhood and community the way he fed his own family, Johnson said.

He said it began after he was alarmed to find out that while three quarters of a person’s daily diet, as recommended by the United States Department of Agriculture, should consist of fruits and vegetables, only a third of America’s farmland is devoted to growing them.

He said as a result of this discovery he began reading books including “Food Fix: How to Save Our Health," and "Our Economy, Our Communities, and Our Planet — One Bite at a Time,” by Mark Hyman.

The menu will reflect what is growing at farms nearby, and will change aevery two months.

“We think it’s important for our menu to reflect the seasonality, because that’s how mother nature works,” he said.

He said, for instance, watermelons do not grow year-round in the southeast, which means that if one is purchased at the grocery store during January, it will not have the same freshness, due to having travelled from locations such as Mexico or Guatemala. Other items that are seasonal include marinated English cucumbers, which tend to grow in the summer, and Brussel sprouts, which grow in the winter.

He said seasonality is important for the taste of food, as well as its nutritional value.

“It’s so much better when a vegetable is picked days ago, and travels only as far as it needs to, to be served in our in our restaurants,” he said.

The menu does not have a fixed set of items that it serves in a cycle. Instead, chefs are constantly working on new ideas.

“We’re always looking forward to the new season and menu planning,” he said.

He said due to the changing menu, he cannot guarantee particular items will be available when the restaurant opens at UTC. However, he said his favorite current item is the Blue Oyster mushroom harvest bowl.

“It’s flavorful, it’s vegan, and it’s popular with our guests,” he said.

He also listed his other favorites including the charred broccoli with lemon and garlic.

“It's just so simple,” he said. “It's literally broccoli roasted in the oven with olive oil, Melvin’s sea salt, pepper, and a little squeeze of lemon when it comes out. It's nothing you can’t cook at home. But it’s naked, it’s simple, it’s delicious, for that reason.

He also spoke highly of his mac and cheese.

He recommended the charred chicken thigh due to its preparation as well as its origin.

“It’s got the perfect char on the outside, and it’s really juice and moist inside,” he said of the item, which features free-range chicken.

He said he believes the free-range nature of the chicken’s life improves the quality of the meat. “The chicken lives a better life, and I think you can taste it,” he said.

Some popular items on the menu currently, he said, are roasted squash, street cart corn, and roasted carrots with spicy vegan ranch.

The restaurant sources its produce from small and medium-sized farmers within a 500-mile distance.

He said his staff is still determining the farms that will serve the UTC location, but that some existing ones from Tampa and St. Petersburg will be incorporated. One farm the restaurant works with in St. Petersburg is Black Street Farms.

The restaurant knows the farmers on a first-name basis, he said, visiting the farms to examine their practices including their volume of production, safety, and sanitation.

It prefers those which practice regenerative agriculture, which Johnson called a way of growing plants that is “better for the planet and better for our bodies.”

The focuses of this practice include increasing biodiversity within the topsoil that hosts the plants. Johnson said it is the soil which provides produce with its nutrient density.

One aspect of the practice that improves the soil, he said, is a lack of tilling, while another is cover cropping, or planting plants for the purpose of rehabilitating the soil between seasons, rather than for harvesting.

He said the restaurant also emphasizes organic farms, although not all ingredients will be organic.

Education will be a component of the experience as well, he said. He said as guests ask questions about the source of the food, he hopes to provide answers.

“We're so excited to educate the people of Sarasota about this, and about how how the food supply system works,” he said. 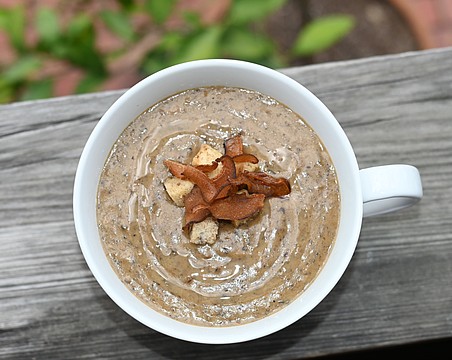 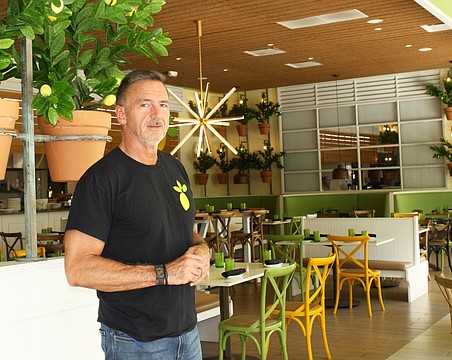 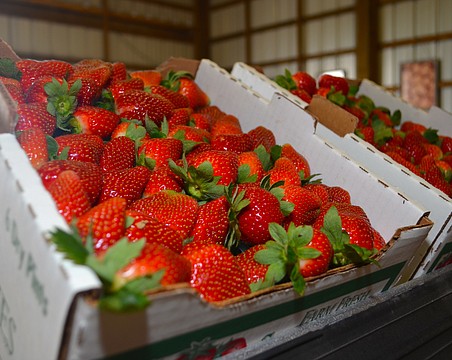 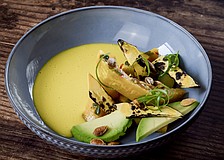 Spice owner goes back to the basics with Grown, a vegan pop-up restaurant 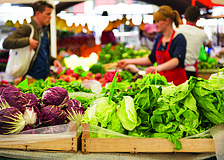 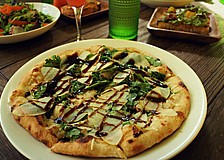 Carnivores and vegetarians, meet (or no meat) and eat in peace 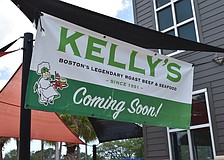 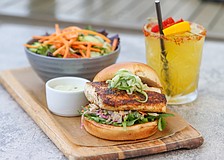