The University Town Center project is expected to enhance traffic flow and access to University Parkway.

Construction on a Cooper Creek roundabout at the Shoppes at UTC has begun with the hope of smoothing out the particularly bad traffic flow caused by people flocking to the retail area.

The project, which is targeted for a Nov. 4 completion, began Aug. 22 and will add an additional eastbound turn lane from Cooper Creek Boulevard onto University Parkway, as well as replace the traffic light just north of the Cooper Creek/University Parkway intersection with a roundabout. The construction also will prevent anyone coming out of the Shoppes at UTC at Tourist Center Drive (which is halfway between the new roundabout and University Parkway) from making left turns or crossing the roadway.

Marketing Director Julie Fanning said Benderson Development is managing and funding the project at an undisclosed cost, and working with Manatee County to promote the project.

“We’re experiencing delays, and we have new businesses along Cooper Creek Boulevard," Fanning said. "This will make travel smoother, and will definitely help with safety.”

Chad Butzow, the director of Public Works in Manatee County, said the project was important because the road was a “heavily commercial and an office use area."

“(UTC) is one of the most intense commercial use areas in the entire county,” he said. “Providing that increased access to University and I-75 is extremely important.”

He said work on such a project had never begun for lack of a feasible proposal.

However, he said an analysis of the area presented by Benderson Development in March 2022 included one step that hadn't been considered — no longer allowing vehicles to make left hand turns or cross the street coming out of the shopping center from Tourist Center Drive.

“Frankly, no proposed solution would have ever worked until they agreed to close that access,” Butzow said.

Butzow said the project is multifaceted but called its "driving force" the addition of an additional eastbound turn lane onto University Parkway.

The intersection has posed difficulties for many drivers due to traffic backups. Butzow said drivers heading south on Cooper Creek Boulevard were encountering large backups trying to access University Parkway. Such backups further complicated the traffic situation at the traffic light where the roundabout is being installed.

Bill Logan, a public information officer for Manatee County, said frustrated drivers have caused a dangerous situation by taking risks when making left turns in that area. He said fewer accidents are expected there after construction on the roundabout is finished.

Butzow said the new eastbound turn lane onto University Parkway will occupy an area that previously was a median.

Fanning said a new traffic light at the intersection will be added to accommodate the additional turn lane.

The roundabout will become an important entry point into businesses such as T.J. Maxx, Tandoor Fine Indian Cuisine, Jo-Ann Fabrics, Rack Room Shoes, Pei Wei Asian Kitchen, and University Animal Clinic on the east side of the street, and LA Fitness and Courtyard by Marriott on the west side.

Butzow said people in the region are becoming less agitated by the introduction of roundabouts as they see how effective they can be.

An example, he said, is the public has seen how well the roundabout projects on State Road 64 near Lakewood Ranch have cleared up congestion.

Butzow said the roundabout will provide better spacing for those trying to enter or exit the roadway.

“The traffic light is somewhat of a misnomer as far as providing a gap (to enter or exit the roadway)," he said. "It’s a very small gap if there is one.”

That area has been somewhat nightmarish during busy holiday shopping seasons.

“Any area, especially this highly commercial an area, we know is pretty intense between Thanksgiving and just after January," Butzow said. "We do expect congestion, but we expect it to flow very effectively.”

He said it will take time initially to get used to the changes so he hopes drivers are patient.

“It’ll be confusing," he said. "Use caution. Expect to spend a little extra time, because there’s a limited amount of room to work in.”

Butzow is optimistic the project will also benefit businesses in the area.

“When something is pleasant to deal with, they do more of it," Butzow said of potentially shoppers and clients. "That’s the intention of the partnership with Benderson Development, to make coming to this location a more pleasant experience.”

In the case pedestrian traffic is impacted, alternate routes will be provided. All businesses in the area will remain open.

Expectations from individuals impacted by the project were mainly positive.

Parrish resident Gail Rhode, who works at Jo-Ann Fabrics, said the University Parkway-Cooper Creek intersection has been a "nightmare."

Recently, she said it took her four cycles of the light before she was able to turn onto University Parkway. She also said frustrated drivers making left hand turns out of Tourist Center Drive go forward whether cars are coming or not.

"They just put their blinkers on and expect someone to let them in."

Although people often struggle learning roundabouts, she said "it will all work out."

"I was pretty excited for it," Renna DiPillo, an assistant manager at Three Dog Bakery and Grooming, said about the project. "Benderson Development is always trying to help improve the shopping center for us to make easier access for people, and keeping the stores in the know-how with it."

She called the intersection "pretty hectic," and said many customers have mentioned the traffic left them "a little bothered" after finding their way in.

"I'm excited to see the response, and hope we get better recognition for all the awesome stores we have in here," DiPillo said.

Marion Drummond, manager of Tropical Smoothie in The Shoppes at UTC, said she expects the road project to improve traffic flow in the area, but did not know whether to expect an increase in the amount of customers.

She said the business already receives a high volume of customers, but when it comes to increasing those levels, her main hope is that something else can be done to promote the northern areas of UTC.

"A lot of people don't know UTC stretches out, that it's not one building, but a lot of buildings," she said.

Butzow said the roundabout is not the last improvement expected in the general area of University Town Center, as a traffic light is set to be added at the intersection of Cooper Creek Boulevard and Honore Avenue, with completion between Jan. and Mar. 2023.

He said as the road was the intersection of two thoroughfares, it was “only a matter of time” before a traffic light would be installed there. 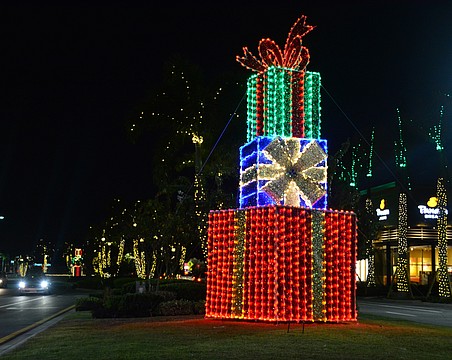 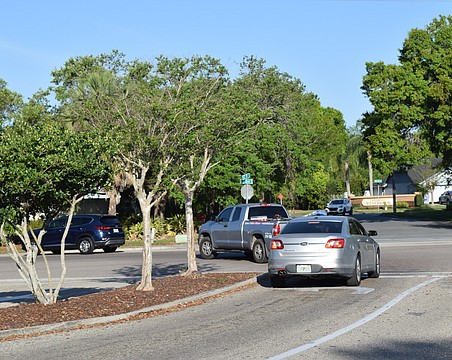 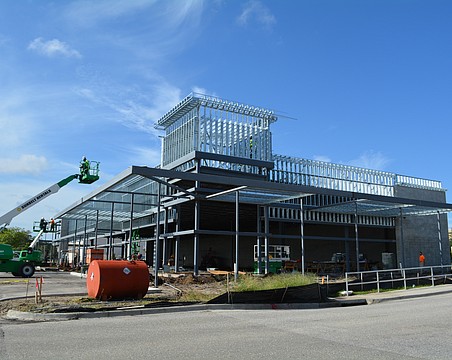 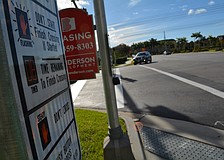 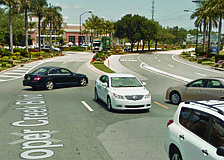 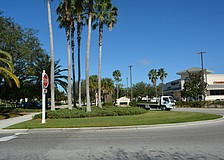 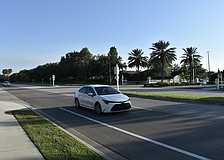