The library and community center could coincide with tax base effects of the new resort and residences opening in 2025.

At a strategic planning retreat on Monday, a week and a few days before sitting down with the Sarasota County Commission in a joint workshop in Sarasota, town commissioners worked through a potential request timeline for a county-run library and community center that could be running on the island by 2025.

Town Manager Tom Harmer ran through a series of requests and benchmarks to be presented to Sarasota County, beginning with the launch of county library services on the island this year possibly in the form of a delivery system for online-ordered materials.

From there, the intention is to ensure county leaders formally recognize a Longboat Key library/community center as a county capital project.

As part of the Town Commission's annual retreat this week, staffers identified a series of external influences and positive attributes facing Longboat Key in the next months. Among them:

"You know that bullet that says 'fund operational dollars'? The county administrator has said, 'You know, it's not impossible for me to find the initial money and the money for construction.' A full-service library like the one in Venice costs $1 million a year to operate. … I said 'Our library is going to be half the size of the Venice library,' but he said it's still a million dollars. My comment to the county administrator was 'Perfect timing, in 2025, St. Regis will be online. You're going to get county revenue that will more than cover the library expenses from that one project.'"

The St. Regis project includes 69 condo units and 166 hotel units along with restaurants and other public facilities. Ground was broken in October and construction went vertical earlier this year. Late last year, the project was valued at $800 million, with some units selling for as much as $20 million. From just the residential condos alone, with a county millage rate of 3.2 and an average taxable value of $7.5 million, the tax revenue totals $1.65 million annually without even considering the resort/hotel portion of the 17.6 acre property.

In conversations with the the county and Sarasota County Schools, Harmer said such a building could consist of a library, classrooms for adult education and a multi-purpose space. No price points exist, though Harmer said the county was amenable to a series of forums to design the building around the desired amenities.

"I think when you say library, you think of books and they are much more than that today, they're networking centers," Commissioner Debra Williams said. "It's where people connect with each other. I dont want to minimize the book version, but that is important. But if they give us a bookmobile, I just don't see a lot of value in that."

Mayor Ken Schneier said the only thing in such a proposal missing when compared to the original vision of an arts, cultural and education center built with private dollars in partnership with Ringling College is the professional performance options. He said residents of Lido Key have expressed support for a library community center and he expects to hear from St. Armands residents as well.

"This is an uphill struggle for us to get the county to participate with us," he said. "They've made it pretty clear that it's got to have the word library in it. Maybe they change their mind, but they don't seem inclined to, and we want to get on their agenda for design."

He said when the town and Ringling were working initially on the original plan for the arts, culture and education center, there wasn't a clear vision of what the final outcome was going to be, but "we did know that we committed to the town residents we we're going to put a $12 million bill on their tab. We're going to try to get the services they wanted and we're going to try to get it funded and managed by people other than the town and work in concert and partnership with other entities. Ringling fell away, the next natural solution was to work with the county.

"This is what we have available to us, potentially, but we have to fight for it."

On a day perfectly suited for the beach, the Town Commission went to the seashore with some of the town's department heads on Monday. Well, maybe not all the way to the sea, but to Seaplace, anyway, for their annual off-site retreat, a day set aside at the condominium's beachfront clubhouse for freewheeling discussions about the year ahead, away from the confines of Town Hall and parliamentary procedure.

Still open to the public (two faces familiar around Town Hall watched for a while), the getaway ended with commissioners each signaling support for their 10 favorite initiatives posted on flip charts, derived from citizen suggestions and long-running proposals. Among the top vote-getters: 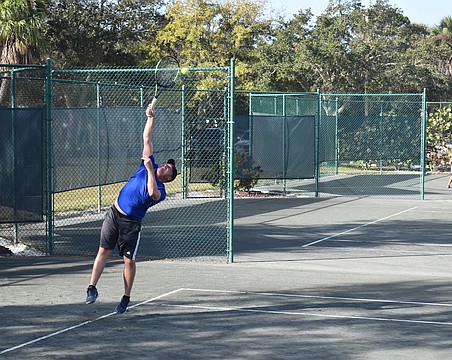 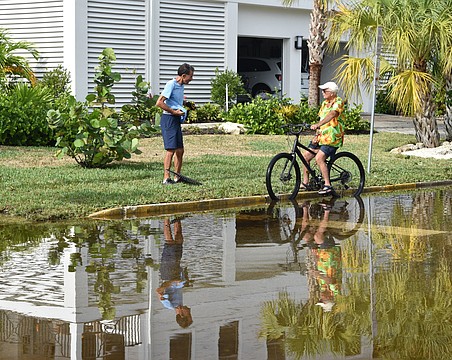 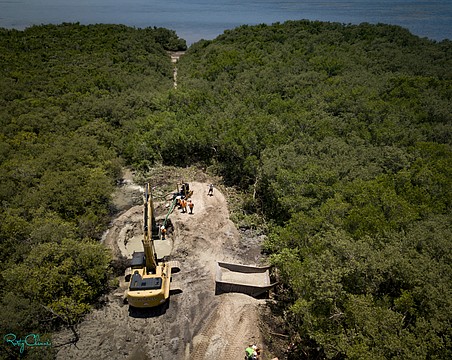 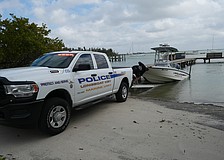 Longboat to use Sarasota County surtax funding for capital projects 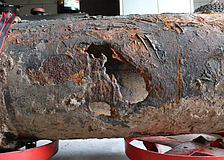 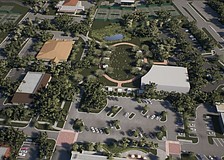 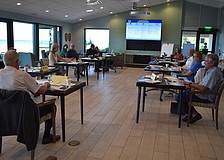