The groups' goals for the next fiscal year offer a glimpse of what direction residents would like to see the town take.

It’s a staple of the spring in Longboat Key.

The Town Commission’s Goals and Objectives meeting is annually a chance that stake holders, resident groups, organizations and individual citizens have to speak up and make clear their own, well, goals and objectives for the new budget season.

In this case, the workshop took place Monday in Town Hall, and though disparate speakers delivered their thoughts, several common themes emerged, many dealing with the town’s quality of life.

From here, Town Commissioners will meet on April 18 in their annual strategic planning retreat, at which they’ll begin to make clear the direction they’d like to see the town head. Then, it’s on to a series of budget workshops in May and June leading up to final adoption in September.

"The presenters who are here today . . . are really the engines of our citizens’ contributions,’’ Mayor Ken Schneier said. “What all of you are doing today in making your suggestions is really the tip of the iceberg of each one your groups’ efforts to help us out.’’

What’s under the water in the town’s residential canals, both public and private, has been a concern for years, with the town considering ways to not only dredge them, but also how to pay for it fairly and how to mitigate seagrass loss in the process.

But in at least one case, what’s over the water is a concern, too.

Mayor Ken Schneier said the seagrass end of the dredging equation, while not necessarily foremost, is a tricky thing to solve. The town would be required to replace at least as much seagrass as it disturbs. “No one has seagrass to sell,’’ he said. “There used to be seagrass farms but there isn’t so much of that any more.”

In the case of Sleepy Lagoon, Marie McGregor of the Sleepy Lagoon Homeowners’ Association, said mangroves overhanging the canals in her neighborhood are the problem. She said she recently watched a vessel with a flying bridge maneuver past her back yard in a somewhat un-nautical fashion.

“As she was passing my house, she was batting the mangroves,’’ she said. “I guess she didn’t want to get hit in the head.”

Commissioner Mike Haycock wondered if the mangroves were on public land or private land, which would determine whose responsibility trimming would be and asked city staffers to look into the issue.

David Lapovsky of the Federation of Longboat Key Condominiums, which represents about 6,000 condominium owners, urged commissioners to consider how structural inspections can be enacted.

On June 24, 2021, 98 people were killed in Sunrise when Champlain Towers South collapsed. While the cause is still under investigation, the incident prompted widespread concern, especially in coastal areas, about the safety of older, high-rise buildings.

“We’re baffled why the state legislature didn’t take any action to do something statewide about structural integrity,’’ Lapovsky said. “And we support any efforts the town can undertake to require the inspection of buildings over three stories tall that are 20 or more years old. This is an urgent need. We don’t want to become the next headline, and I don’t think we will, but we can’t take that risk.”

Commissioner Debra Williams asked if the Federation had taken steps on its own to issue voluntary inspection guidelines, which Lapovsky said the group had not but had sponsored a seminar in December with engineers, lawyers and insurers speaking to the issue.

“While it’s great to have legislation, short of that people really should be taking initiative to preserve their property,’’ she said. “Any steps in that direction?”

Lapovsky said the deadly incident inspired condo boards to take action, but follow-up is often difficult. “Can you impose special assessments without the vote of voters, under what circumstances can you do that?”

Lapovsky said the federation hoped the town could one day be the repository of information of condos that have performed inspections. Town Manager Tom Harmer said the town has worked on researching what other towns and cities have done and has scheduled discussions with commissioners later in the spring on what actions the town could take.

Several groups mentioned the health of beaches, access to them, the appearance of access points and the safety of beachgoers.

“Without our beach, there is no Longboat Key,” Lapovsky said.

Pat Kaufman representing LBK North, which represents about 800 residences, said her organization advocates for issues beyond the north end of the island. The organization suggested finishing the upgrade to the North Shore Road beach access point, but also going a step further.

“Why not continue that program for all public access points to ensure the public is encouraged to respect neighboring properties as well as the use of our beach,’’ she said, adding that public drop trash routinely, prompting the group to organize trash cleanups. “What kind of people would leave garbage on a beach?”

The North Shore Road access recently received a facelift with clear points of entry to avoid private property, trash can installations and more.

She also encouraged the restoration of buoys off the beaches to restrict power boats and personal watercraft and encouraged town officials to work to solve access questions posed by owners of properties that extend to the waterline, which blocks north-south access.

Members of the Longboat Key Turtle Watch said they have been advised by Mote Marine Laboratory and Aquarium to proceed with their beach walks as normal along the water line. “But only if we have issues will we actually find out,’’ said vice president Cyndi Seamon. “Positive attitude is going to work.’’

Sarah Karon spoke to commissioners about moving ahead toward Phase 3 of the Town Center Green project, beyond the second phase in which she and her husband Paul are donating up to $500,000 for construction of an outdoor stage on the land.

Town leaders have been in talks with Sarasota County and Sarasota County Public Schools on potential partnerships to build a multi-use structure that could house a public library, meeting space and room for other activities.

“We hope the town leadership and our citizens will rally around the envisioning process in order to imagine a center for arts, culture and education on Longboat Key,’’ she said. “We support the creation of a new building as part of our Town Center concept.’’

She said the site on the Town Center Green holds potential as a community hub with classrooms and a medium-sized county library branch. “Again, this is a dream,’’ she said.

She said private fundraising is a likely component of the plan, though she said a detailed vision from the town needed to come first before any kind of public-private arrangement. Karon said public dollars from Sarasota County or the School District “is a way to give back to us that serves a real need.’’

Schneier called Karon,  a member of the Library Foundation of Sarasota  County, which raises private money to supplement county tax support, an "ally of ours in what we are planning to do in the center for  Phase 2 and Phase 3.''

Scheier referenced the town's planned joint meeting on April 27, the agenda for which will include discussion of the topic. "We know that every community in Sarasota County has at least one library, some like Venice have two, 20,000 square foot libraries. … So we feel we are entitled to have that kind of contribution from the county.'' 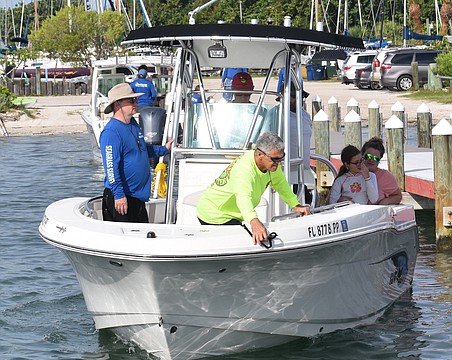 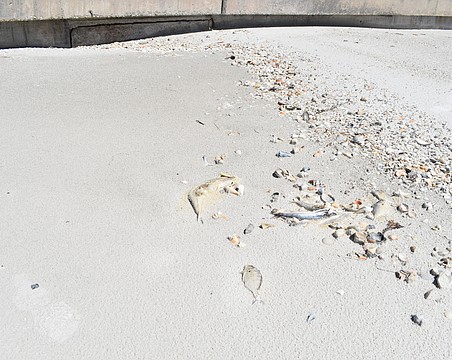 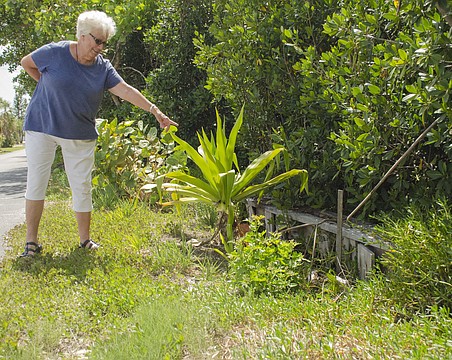 Longboat canal is cause for concern 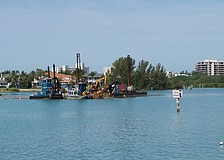 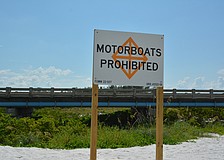 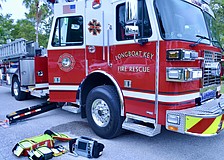 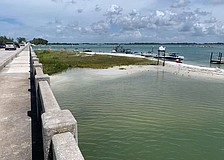 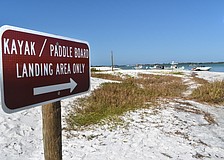