The pandemic seemed to kill the musical adaption, but it’s alive and ready to premiere. Lyricist Lynn Ahrens thinks that’s something to sing about.

James Agee’s “A Death in the Family” is the author’s fictional account of the real-life death of his father.

“Knoxville” is the first musical theater adaption of Agee’s coming-of-age novel. The minds behind it are: director and playwright Frank Galati, composer Stephen Flaherty and lyricist Lynn Ahrens.

Critics predicted “Knoxville” was destined for that honor roll. This ambitious adaptation was set to premiere in an Asolo Repertory Theatre production on May 21, 2020 — until the pandemic pulled the plug.

A delay, but not a death.

How did Ahrens feel when she helped create this musical? How does she feel now when it’s finally hitting the stage?

Here’s what Ahrens had to say.

Why did you and Stephen Flaherty agree to collaborate with Frank Galati on this project? Adapting James Agee’s novel for musical theater is pretty ambitious. Why’d you think it was a good idea?

Well, Frank Galati thought it was a good idea, to start with. And I think what grabbed us was the chance to collaborate with Frank again, and also the opportunity to take a fresh approach to Agee’s beautiful novel. There’ve been a number of adaptations — several movies, Tad Mosel’s play, an operatic take by Samuel Barber. Frank felt that Mosel’s three-act play was lovely — but he simplified it to two acts and streamlined the story and cast size. Then he asked us to take a look at the original novel and his latest script adaptation — the “book” which would form the scaffolding for the music he hoped we’d create.

I take it you both said yes.

That’s true, but not immediately. We both felt it was a very charming play — but we weren’t too sure it would work as a musical. I thought the story had some great opportunities for music, and Agee’s command of the English language is what ultimately won me over.

Heightened language is the lyricist’s responsibility. I respond viscerally to words. If the source material is filled with beautiful, poetic language, I can write a song one-two-three. As I read through Agee’s story, I realized the whole novel is like a poem — just the most lyrical writing I’d seen in years. I immediately said, “Let’s do this project.” The songs emerged in large part from the inspiration of James Agee’s writing.

How did you distill Agee’s lyrical words into actual lyrics?

Getting to the heart of his story was the first step. From a lyricist’s standpoint, that’s true for any adaptation. “A Death in the Family” is a magnificent novel. But for some reason, I’d never read it. I obviously did before getting involved with this musical. Then I reread it, and kept reading it. Now my copy is bulging with handwritten notes! I let my understanding of the novel’s emotional truth percolate in my brain — until lyrics began to fill my imagination. That was my process on this adaptation. I went through the same process with “Ragtime.”

What’s the plot of Agee’s novel?

Basically, the author, James Agee, is the lead character and narrator. He’s the adult novelist looking back at his six-year-old self after his father has died in a car accident. James Agee fictionalized many characters from his early life to populate his story. And it’s sort of a family history of … well, a death in the family. It’s about the writer as a child, and how his young mind processes his father’s death. It’s also about the author’s mother, as well as loss, religion and love. And of course it’s about "Knoxville," itself. These are some of the elements that created James Agee, the writer.

Apart from the original tragedy, Agee’s novel is filled with joyful moments. If you put them all in, you’d have a 9-hour musical. How’d you pick and choose?

The right moments presented themselves. Songs naturally flow from character. And there are some wonderful characters in this novel. Ralph, the brother, is a heavy drinker and an undertaker. There’s Aunt Hannah who’s a stern countrywoman with a heart of gold and very droll. There are just so many amazing characters. For a lyricist, that’s sublime.

How did you turn these amazing characters into amazing songs?

Ah, I can’t tell you how to write a musical — you just do. It’s completely intuitive. You feel like … here’s a heartbreaking moment, now we need something joyous. As Stephen Flaherty says, it’s like driving down a dark road and only being able to see as far as the headlights reach. If we’re surprised or moved, the audience probably will be as well.

Exactly. When you write a musical, you try to make the audience lean in, wanting to know what’s next. And it always sounds perfectly obvious once you’ve got it down on paper. But it’s quite a process figuring it out. You’re at the piano, for hours and hours …

You’re also not working alone. You’re part of a creative collaboration. What’s that like in a typical musical?

A musical is the most collaborative art form there is. It begins with the writers, continues on to creative collaborations with your director, designers, music director, orchestrators, and then beyond to producers, actors, stage managers and musicians and all the others who will help to realize your work. With luck, you find collaborators you love and can communicate easily with. It’s hard work and yet there’s a great deal of joy. Stephen and I have been working together as a team since 1983! When it’s right, you know it.

More like a series of baby steps than a big creative leap?

Exactly. Well, more like a series of little creative leaps and the occasional big one.

Generally speaking, what are the basic steps?

Usually, you write a draft of the show. Then, you try to pull together a reading — which means actors speaking their lines from the script. (This isn’t open to the public, just the creative team.) After that, you take time to refine the script. If it goes well, you may do a reading for a limited audience. If they seem to love it, a producer might give you a workshop, which is the next step. Sometimes, you can see the show choreographed. Sometimes it doesn’t go that far. Step by step, you try to keep the show moving forward.

Once a musical’s creators are happy with the material, how long does it take to stage it?

If you’re talking about how long it takes to get to actual production, it can be anywhere from a year to many years. It all depends on finding producers who believe in the show and want to take a chance on it.

What was your favorite part of this creative collaboration?

I would probably say that it’s been getting to work with Frank again. We did “Ragtime” together in 1998, and I’m so thrilled to be back in the room with him. It’s been very joyful, heartfelt, inspiring and fun to be around him.

Did you tweak the musical even more during the downtime after the 2020 cancellation?

How did it feel when the pandemic killed the 2020 premiere? How does it feel now, when “Knoxville” is finally reaching an audience?

After weeks in the rehearsal room, we were all set for technical rehearsals in the theater itself. Two days before we were scheduled to do that, we had to shut down. That was just heartbreaking! We never got to see a costume or a set, never got to hear the orchestrations, and never got to set foot on that gorgeous stage. It was like a punch in the stomach. Coming back to the show two-plus years later is a gift. I’m thrilled that the Asolo Rep wanted to go forward again. They’ve been so supportive and passionate about “Knoxville.” And our cast is extraordinary. All in all, we’re very lucky writers. Just to have a show being produced at this time is a gift. 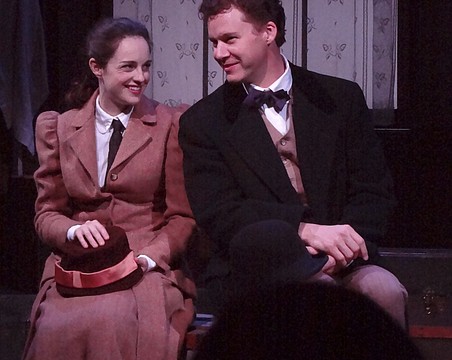 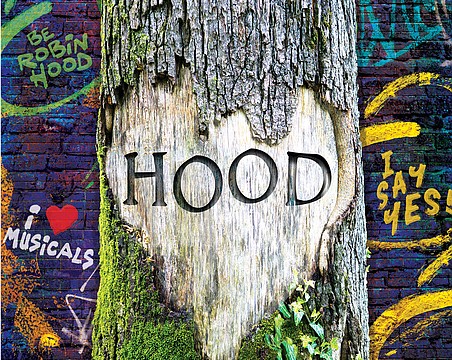 Creative team behind 'Hood' dishes on labor and love 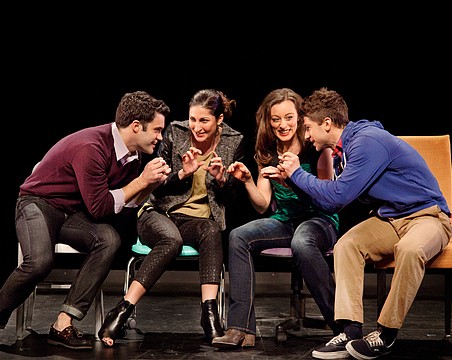 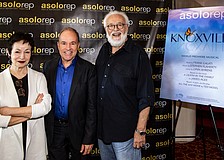 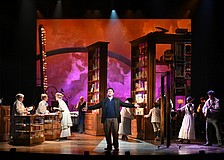 Knoxville wrestles with the past and the prose of James Agee 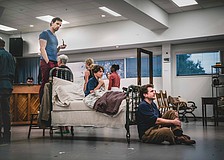 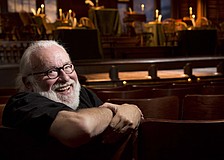 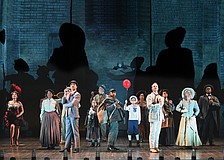